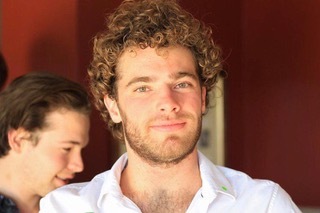 SARU confirmed on Saturday that they had placed the Southern Kings in voluntary liquidation just weeks after the franchise had pulled out of all competitions for the remainder of the year.

The decision was made by majority shareholders SA Rugby (74%) and the Eastern Province Rugby Union (EPRU) (26%). The Covid-19 crisis has hit the cash-strapped Kings hard, with the franchise now facing a debt upwards of a reported R55 million.

Things aren’t looking too rosy in the Windy City following yet another SARU takeover of the Kings earlier this year after incumbent majority stakeholders the Greatest Rugby Company in the Whole Wide World (Pty) Ltd had failed to meet its contractual obligations. The organisation, chaired by Loyiso Dotwana, took on the franchise’s R45 million debt by initially buying the 74% stake in the Kings in January 2019 and promising to slowly steady the ship. By June of this year, SARU were forced to resume control.

Bleak future for Kings
The rugby landscape post Covid-19 will be unrecognisable from what we have come to expect over the past two decades or so. Change will come swiftly, and with it plenty of new opportunities for a number of franchises, competitions, investors and supporters from which to grow. This should be a big positive for South Africa’s No 1 sport. For the Kings, though, it could prove to be the final nail.

With Super Rugby seemingly dead in the water, the country’s four premier franchises, the Sharks, Stormers, Bulls and Lions are expected to replace the Cheetahs and Kings in a proposed Pro16 tournament, set to take over from the current Pro14 at the end of next season.

This would effectively mean the end for the Kings with no professional rugby available to them to help pay off their ever-increasing debt.

The Eastern Cape franchise joined the Pro14 alongside the Cheetahs after Super Rugby was reduced from 18 teams to 15 at the end of the 2017 season. Boardroom battles, a lack of succession planning and a shortage of quality have resulted in the side playing 46 matches, drawing one, winning three and losing a staggering 42.

It is a well-known fact that the Eastern Cape is renowned for producing some of South Africa’s most gifted rugby players. The game here took root here in the late 1880s and never looked back, with some of the Springbok’s greatest ever pleyers hailing from the province. Yet, despite housing such quality rugby-playing schools as St Andrew’s, Kingswood, Grey PE and the like, the best players from each leave in bucketloads every year to pursue playing careers elsewhere. The EPRU’s structures have been a shambles for years, with no clear ladder for grassroots, school or club players to climb towards the professional setup. A dire lack of financial resources has only exacerbated the issue.

But with the Kings having battled professionally for years, and on the verge of total oblivion, the local game is about to suffer like never before. What little hope there was seems to have been properly snuffed out for now.

The private schools in Makhanda and the rest of the Eastern Cape won’t bear as much adjustment, with their players having already shown a long history of leaving the province to go pro elsewhere. But the local clubs and underresourced schools, home to youngsters with limitless potential, now face huge change.

Youth players not lucky enough to receive scholarship and bursary offers to bigger schools early on now have nowhere to aim a potential green and gold dream. Where before there was still the minor prospect of one day representing Eastern Province and perhaps progressing through their ranks to get to the Southern Kings setup and beyond, now there won’t be much incentive to continue playing at all.

Expect a mass decline of playing personnel in all local grassroots capacities going forward. The giant continues to snore.