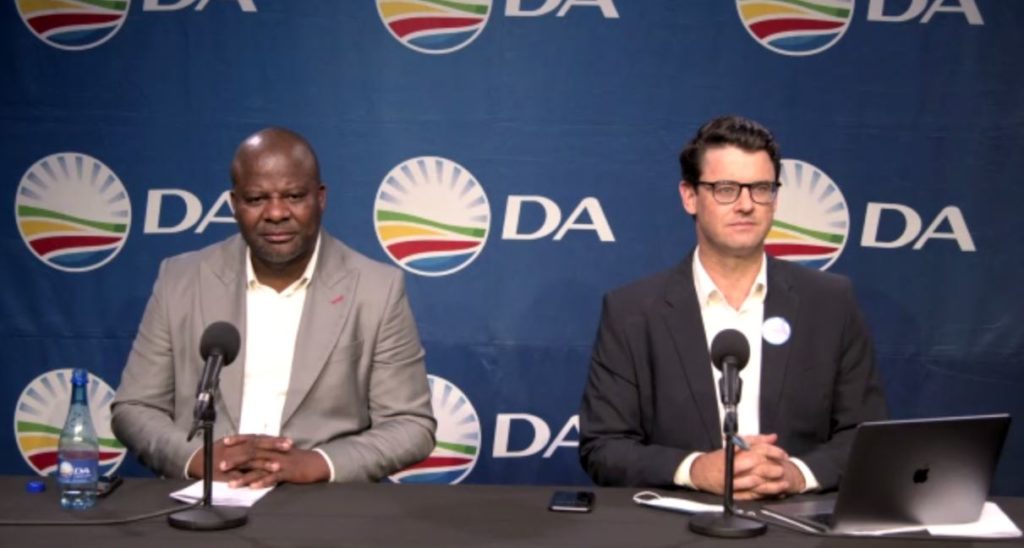 Chairperson of the DA in the Eastern Cape, Andrew Whitfield, said at the party’s Provincial Congress on Saturday that Makana was one of 14 municipalities in financial distress and that although Makana was not mentioned during the Congress by name, he has a “very personal interest in Makana finding its feet”.

He said, “I’m sorry that we didn’;t include Makhanda. But the reality is that there are far too many municipalities across the province that are collapsing under the weight of the ANC’s maladministration and corruption.”

Referring to the court ruling in which Judge Igna Stretch ordered the dissolution of the Council, Whitfield explained how as a constituency leader he “… championed the issue of dissolving that municipality in Parliament” and that he received “accolades from residents of the Makana Municipality”.

Whitfield stressed his point, “Just to be clear, the DA fully supports the dissolution of the Makana Council and we’ve been advocating for that, for very many years, and we look forward to fresh elections, where we can bring our DA good governance blueprints which we explained during the congress – that we’ve rolled out in Nelson Mandela Bay and in Kouga.”

Deputy Provincial Chairperson, Vicky Knoetze, remarked that as soon as the judgment was announced, she wrote to the Cooperative Governance and Traditional Affairs (Cogta) MEC and the Premier of the Eastern Cape asking them to accept the court ruling and have a fresh election in the municipality. She said her letter was ignored, as they will appeal the judgement “and continue to drag this issue out until as close as possible to the local government elections next year, because I do believe that they are concerned should there be fresh elections in that municipality, that they will eventually lose that municipality”.

Leader of the DA in the Eastern Cape, Nqaba Bhanga, said that he took a particular interest in Makana and over the years has been doing oversight in the area. He was therefore familiar with local challenges such as the leaking sewers in Joza and the infrastructure problems in the CBD of Makhanda.

He then expressed confidence in the ability of the local DA to address these issues, “And I’m so sure that many of our Councillors in the municipality in Grahamstown continue to raise these issues in Council”.

Bhanga said that when he was Provincial Leader of the DA in the Eastern Cape Legislature he used the Makana and Enoch Mgijima municipalities in his speeches as examples of towns that the ANC has caused to collapse.

He warned the EC Legislature that Nelson Mandela Bay Metro was in trouble, “… and the ANC government is taking Nelson Mandela in the same direction which they have taken Grahamstown”.

Bhanga expressed his feelings about Makana, “We are concerned about what is happening in Grahamstown. I always say that Grahamstown is a potential Stellenbosch if it was run by proper people and maintained. It’s a beautiful town – but the ANC has messed up. And we continue to raise the voice of the people of Grahamstown”.