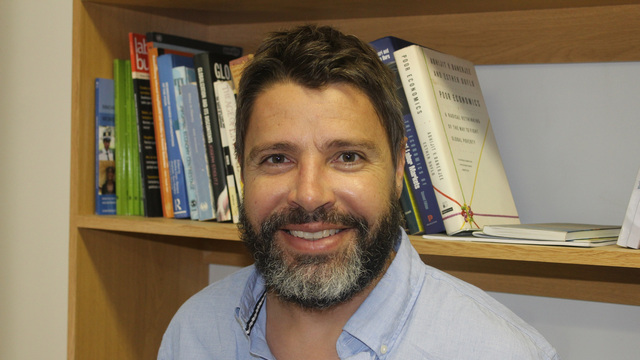 Child Support should be increased for each child, the special Covid-19 grant should be reformed to benefit more women and Unemployment Insurance Fund payments should benefit more domestic workers. These are some of the recommendations of a study on the effects of the Covid-19 pandemic on the informal economy.

“Women should be better supported, as they were the most vulnerable and the most severely affected group during the Covid-19 outbreak,” said Rhodes University’s Professor Michael Rogan, who collaborated with the University of Cape Town’s Caroline Skinner. Skinner is a researcher with the African Centre for Cities and Rogan a member of the Rhodes based Neil Aggett Labour Studies Unit.

They found that the typical earnings for women in informal self-employment decreased by nearly 70% between February and April 2020.

Rogan, alongside Nelson Mandela University’s Professor Nomalanga Mkhize, presented and discussed this and other findings of the study at a webinar hosted by Professor Cyril Mbatha from Rhodes University’s Institute of Social and Economic Research (ISER) recently. In attendance were 90 participants from various institutions of higher learning, government departments, private organisations and members of the media.

Following the announcement of the national lockdown by President Cyril Ramaphosa, most workplaces were forced to halt all operations, leaving many South Africans without jobs. This was the motivation for the study titled: ‘The Covid-19 crisis and the impact on South Africa’s Informal Economy’.

“Around March and April, it was clear that we did not have much data on the impact Covid-19 would have on households and the labour market in South Africa,” Rogan said. “A project to collect non-medical data on the impact of the pandemic was initiated by researchers from Stellenbosch University (https://cramsurvey.org/).”

The team submitted a proposal for an analysis and policy paper on the impacts of the pandemic on the South African informal economy.

“In the Eastern Cape we have young Black men who are not given a chance to be part of a formal process to become responsible citizens of the country… We need localised targeted interventions that can support not just the local economy but the social fabric of the country,” she said.

“Whether there is a pandemic or not, there is a serious socio-economic crisis facing many unemployed people in South Africa. The government should look at making food parcels and the R350 Covid-19 relief aid permanent,” Mkhize said.

Rogan recommended that as the most vulnerable and severely affected group during the pandemic, women should be supported as follows:

The research was funded by Allan and Gill Gray philanthropy, FEM Education Foundation and the Michael & Susan Dell Foundation. The research team also shared the findings of the study with the government and engaged on issues of employment, hunger and food security. The national departments of Planning, Monitoring and Evaluation; Treasury, Health and the National Planning Commission in the Office of the Presidency were part of the study.

Rogan said four more rounds of surveys were planned to take place throughout 2020 to determine which workers and households had recovered from the initial economic shock of the lockdown. The data is open source and is available to future researchers/collaborators.

Find the full proceedings of the ISER webinar on YouTube: https://youtu.be/JQfeTmiq5mw. The full study report is available on: https://bit.ly/34krLvY This is an ongoing discussion follow via the ISER webpage: https://www.ru.ac.za/iser/

Rogan donated the honorarium he received from the research project to the Rhodes University Covid-19 Relief Fund.