More than 30 fires in a month for EC fire fighters 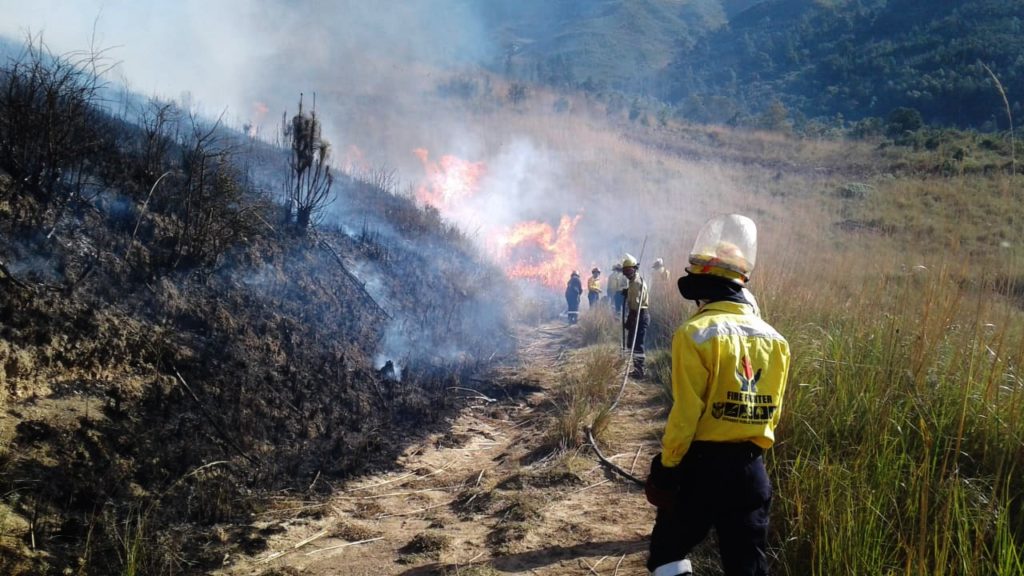 The Department of Environment, Forestry and Fisheries’ Working on Fire firefighters in Eastern Cape continues to be on the high alert during this winter fire season.

Since the start of 2020 winter fire season, just under 800 firefighters stationed at 26 bases in the province have been very busy as they were dispatched to suppress many fires in difference areas throughout the province. In July 30 fires were suppressed by these teams.

According to the Dispatch Provincial Coordinator, Ashlynn Goold, July was a very tough month with a high Fire Danger Index (FDI) prevalent on many days, which led to several call-outs. Goold said the busiest teams during this winter fire season are those in the Eastern part of the province: Ugie, Ongeluksnek, Nqadu, Langeni, Elliot, Cata, Hogsback, Joe Gqabi, Mhlahlane and Libode

“This past weekend alone the teams have already suppressed four fires: the fire which took three days in Baziya Plantation, the one in Tlontonii and the one in Hillside and the one in Katberg,” said Goold. All firefighters will remain on high alert and will be ready to provide firefighting services to landowners, communities and municipalities.

As the winter fire season continues Working on Fire urges everyone to remain vigilant and not start any unwanted fires. Everyone is also urged to have a watch on a daily Fire Danger Index (FDI) warning issued by SA weather Service. – Working on Fire