A warrior for truth 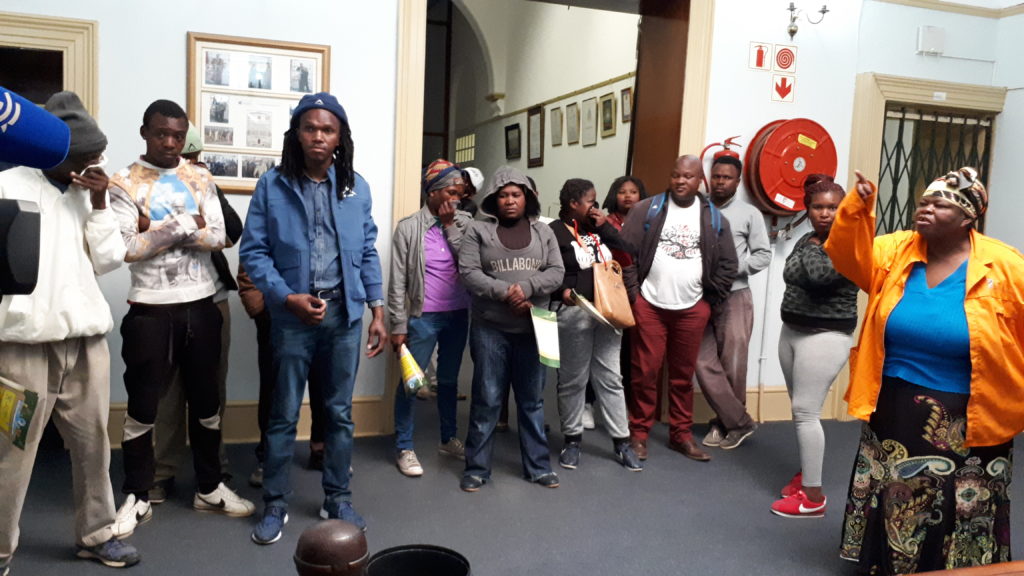 Gladys Mpepho, a founding member of the Unemployed People’s Movement, passed away on Thursday 14 May at the age of 63. Below we share two tributes to ‘uMamawenyani’, as she was known in Makhanda.

The last Samurai of truth

The last Samurai of truth,
The last revolutionary for the poor,
She was big with a big heart.

She was dark nor pretty but radiant as the sun.

A wise woman who never read a book.
A philosopher who never went to school.

From our heart of hearts we really appreciate your honesty and your efforts in serving the poor with dignity and honour. May your spirit continue irritating their demons.

The Titanic is no more

The Titanic foundered and sank in the early morning hours of 15 April 1912 in the North Atlantic Ocean. The last words of Michel Navratil as he was placing his children on a boat were “My child, when your mother comes for you, as she surely will, tell her that I loved her dearly and still do. Tell her I expected her to follow us, so that we might all live happily together in the peace and freedom of the New World.”

This defined a moment of hope in the depth of despair.

Gladys Mpepho ceased to breathe on 14 May 2020. Makhanda’s titanic spirit is no more.

Her last call to me was to ask when the judgment would be in Makana Municipality’s application for leave to appeal against their dissolution.

I guess she was saying the struggle continues.

Previous ArticleConsolidation in the second 50 years: 1920 to 1970
Next Article Back to school Take 2