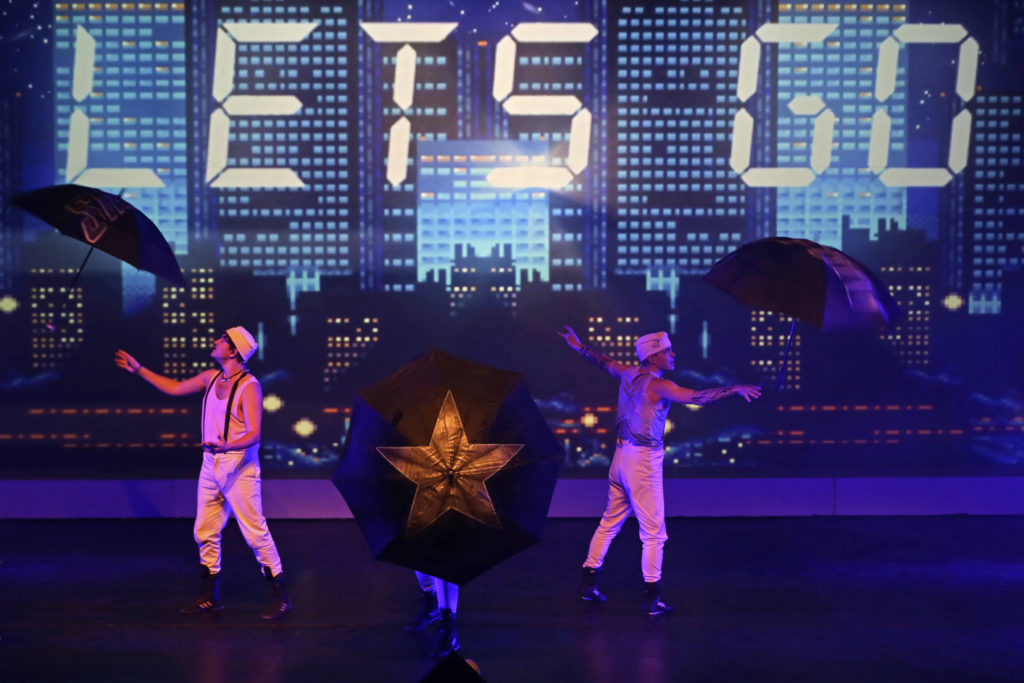 Soon after the lockdown was announced in March, the National Arts Festival made the decision to go digital. In a webinar on Tuesday, 21 April, the Festival’s team explained how the first-ever digital edition of the 46-year-old Festival would work.

CEO Monica Newton said the decision to go virtual was made with artists in mind: “We considered postponing but the timeline looked very uncertain. We have to work with Makhanda’s academic calendar and the only other time of the year to consider would have been December, which is impossibly hot in Makhanda.”

Artistic Director Rucera Seethal said, “Choosing to go the virtual route was the difficult route, but we decided that it was better than cancelling.”

The Virtual National Arts Festival, which will run from 25 June-5 July, will be hosted on the Festival’s website www.nationalartsfestival.co.za, which will act as a portal to short films, virtual art exhibitions, online workshops and other experiences and events. Technical Director Nicci Spalding explained that this will allow the organisers to do two important things: firstly, it will protect the artists’ work from being downloaded or copied; and, secondly, it will allow the Festival to manage access to the work as the majority of the programme will require virtual audiences to buy tickets.

Seethal said it was very important that the arts maintained its value in the shift to an online space. She said the Festival will be selling ticket packages so visitors will be able to view a selection of works. Aside from the live works, it will be possible to view most of the shows at your leisure. Each day of the Festival will offer an online programme for audiences to choose from.

Seethal further explained that the Festival was still open to ideas from artists and producers – not just for work, but for ways to collaborate, offer resources, and mentorship. She pointed towards an Ideas Form on the Festival’s website and asked that interested parties submit theirs as soon as possible because of the uncertain timeline and questions over freedom of movement.

When the Festival launches in June, it will have a curated daily programme for each of the 11 days that will feature a mix of theatre, comedy, visual arts, workshops, talks and experiences as well as elements of the Standard Bank Creativate Digital Arts Festival programme, which highlights cutting-edge work in the spaces where art and technology meet. There will also be an uncurated, open-access platform that will serve as a stage for artists to showcase their work and generate revenue from ticket sales.

National Arts Festival Fringe Manager Zikhona Monaheng said that having an open platform for artists would allow anyone whose work was not selected for the curated daily programme to put their work online and would create the potential to make some money. The Festival will only take a 10% handling fee to manage ticket transactions in the open-platform space, leaving the artists with 90% of the takings. A call for submissions for the open access platform will open soon.

The Standard Bank Village Green will also be going virtual. A trader’s listing – or digital gallery – will be available so that visitors and traders can find and engage with each other.

Accessibility, in terms of both artists and audiences having the tools and data to participate in the Festival, is a concern the Festival is addressing. Executive Producer Nobesuthu Rayi said that while this was a potential barrier, it was a consequence of the broader environment. “The move to do this Festival online was motivated primarily by concern for artists. We wanted to enable as many artists as possible to be paid and have a space to show work. Right now, the digital divide is bigger than us but, once we start to take up space there, artists can participate in reshaping that space over time.”

Newton added that the shift into the online space was teaching the team that there was a need to provide training and development in the digital arts space but that the current restrictions on movement and tight timeline made it difficult for such a project at this point.

Spalding stressed that digital work was, like live work, first and foremost about artistic vision. “Work doesn’t have to be high cost or have high production values. There are some incredible, simple ideas out there. It’s artistic vision that holds up the piece. That is where you need to start.”

A recording of the webinar can be found on the National Arts Festival’s YouTube channel https://youtu.be/wUIvj5y5mTw

A comprehensive summary of all the questions that were asked during the webinar, together with answers, will be available on the Festival’s website.

Anyone wishing to contribute ideas, resources or work for the Festival can submit them on the Ideas Form https://www.nationalartsfestival.co.za/artist-zone/virtual-naf20-ideas/

The National Arts Festival said the initial webinar would be followed by additional specialised webinars on various aspects and interest areas of the Festival and encouraged people to sign up for the Festival’s newsletter to receive further information.

Live music at the Pothole and Donkey.