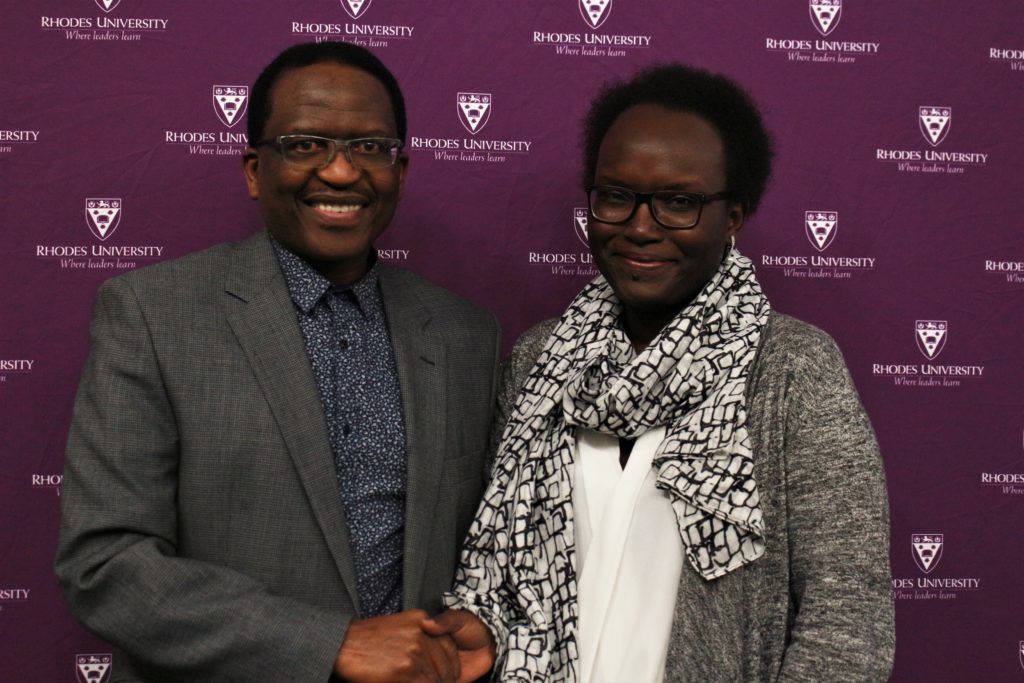 “She is admired for her unrelenting drive,” Mabizela said of Khene who had been on the same research path since she was a student.

This research and ideas of Information and Communication Technologies for Development (ICT4D) has led to the development of MobiSam which is used to create two-way communication between citizens and government.

Khene’s research, aimed at citizen engagement, has led to her being labelled as a dedicated researcher and changemaker by her colleagues in the ICT department, according to Mabizela.

Khene led the room through the manner in which ICT has been used in communities.

Her lecture walked  through the integration of ICT into government engagement with the community and the impact it’s had on development.

The mother of three notes the difficulty of juggling a family with an academic career. Her family were among those in attendance, showing their full support.

Khene’s students were also present, along with colleagues and fellow experts in the field.

Khene spoke about her journey from being a first-year student at Rhodes University in 2001 to producing research for the University.

Her lecture emphasised the importance of teaching communities how to use technologies that are available to them efficiently.

Khene highlighted the role that younger generations must play in integrating efficient usage of available technology into communities.

Khene thanked her family, colleagues, mentors, the Vice Chancellor, the University, and the anonymous person who nominated her and said she appreciated her work being recognised.

The Vice Chancellor explained the far-reaching implications of the research, before the audience joined Khene for food and questions.