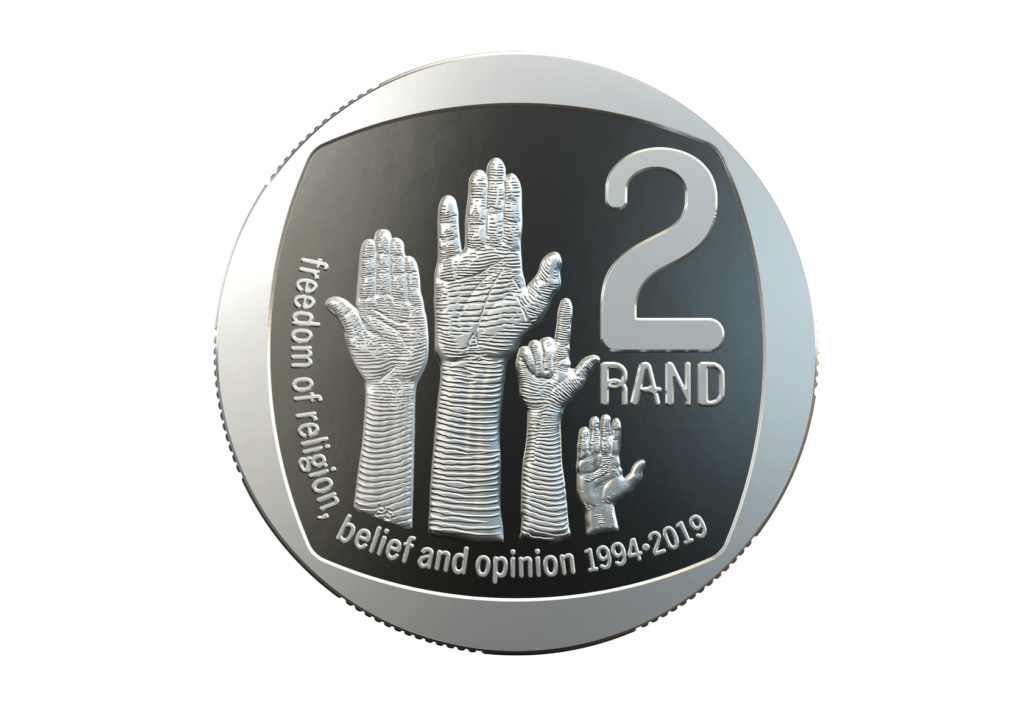 Designers have a chance to be part of South Africa’s cultural history by designing the new R2 coin.

The South African Mint will be issuing a new circulation coin in 2020 and they’ve invited designers to enter designs for the reverse of a new R2 coin, depicting a right from the South Africa’s Bill of Rights.

Designers are free to choose a right from the remaining 22 Bill of Rights – which did not form part of the 2019 SA25 coin range. South Africans can enter the contest by submitting their designs to the SA25 website (www.sa25.co.za) before 31 October 2019.

“The SA25 coin series was a remarkable culmination of extensive public engagement sessions with South Africans,” the SA Mint said in a statement.

“Young people born in 1994 and after, colloquially referred to as ‘born-frees’, were invited to give their perspectives on the concepts of democracy, freedom and culture in South Africa as we know it today. Their perspectives, many of which were aligned to the rights enshrined in chapter 2 of the Constitution (Bill of Rights), influenced the coin themes, which in turn informed the designs of the five 2019 R2 circulations coins.”

Entries close on 31 October and all submissions received will be shortlisted and tested against a range of criteria to ensure the winning design can be reproduced on metal.

“The winner will receive a once-in-a-lifetime opportunity to enter the annals of history, by having their art on a legal tender coin, along with various publicity opportunities to promote their art,” said Gerda Janse van Vuuren, Acting Managing Director of the South African Mint. “This is an equal opportunity competition for members of the public, professional artists and designers alike,” says “It’s not an average competition, it is an invitation to make history.”

By law, the obverses of all South African legal tender circulation coins feature the national Coat of Arms. Its design remains standard and is not part of the competition. The South African Mint is a wholly owned subsidiary of the South African Reserve Bank.

Further details on the competition can be found on the SA25 website (www.sa25.co.za).