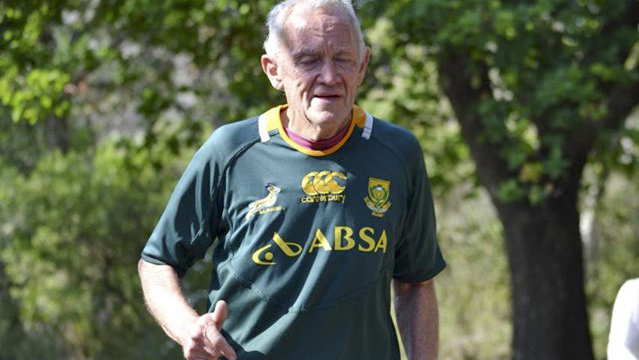 Grahamstown parkrun celebrated five years of running on Saturday, 28 September. The first parkrun in Grahamstown took place on 27 September 2014. parkrun is a free weekly 5 kilometre run that takes place every Saturday at 8:00. It runs (excuse the pun) solely on the generosity and dedication of volunteers.  Nicola Brown, Event Director, founded the Grahamstown run, with Catherine Parkinson, Sally Price-Smith and Lindsay Webber as the original four Run Directors. The team has changed and grown significantly in the five years into a diverse and energetic group.

This year, the birthday run was the route in reverse. This brought back many memories of running up the long, steep hill and down through the forest section which was part of the original route. The route has changed a few times in the last five years to what it is today. It is known as one of the toughest parkrun routes in the country. The original route took runners past Dog Dam. Although it was beautiful running along the water’s edge, it did have some safety concerns. In addition, the original route required more set-up time. Currently we are fortunate to have three solid and dedicated volunteers who set-up and monitor the route each week, Stavie van Aardt, Peter Stockwell and John Haydock who without fail are there to assist and set up the run. “If they say they will be there, then you know that your day of directing will be a breeze as all the hard work is done by the time you arrive,” shares Catherine Parkinson. Stavie van Aardt has run an impressive 255 parkruns, 252 of which have been in Grahamstown. This means in the last five years, Stavie has only missed 10 of Grahamstown parkruns which is hugely impressive. He has also volunteered 88 times.

The following individuals have reached their 25 volunteer milestone with some having done a lot more and nearing their 100th volunteer stint:

Without the volunteers’ generosity parkrun could not happen and so we thank you all. We encourage all parkrunners to volunteer. Runners volunteering only three times a year is all that is needed.

Here’s to many more happy years of parkrun in Grahamstown.