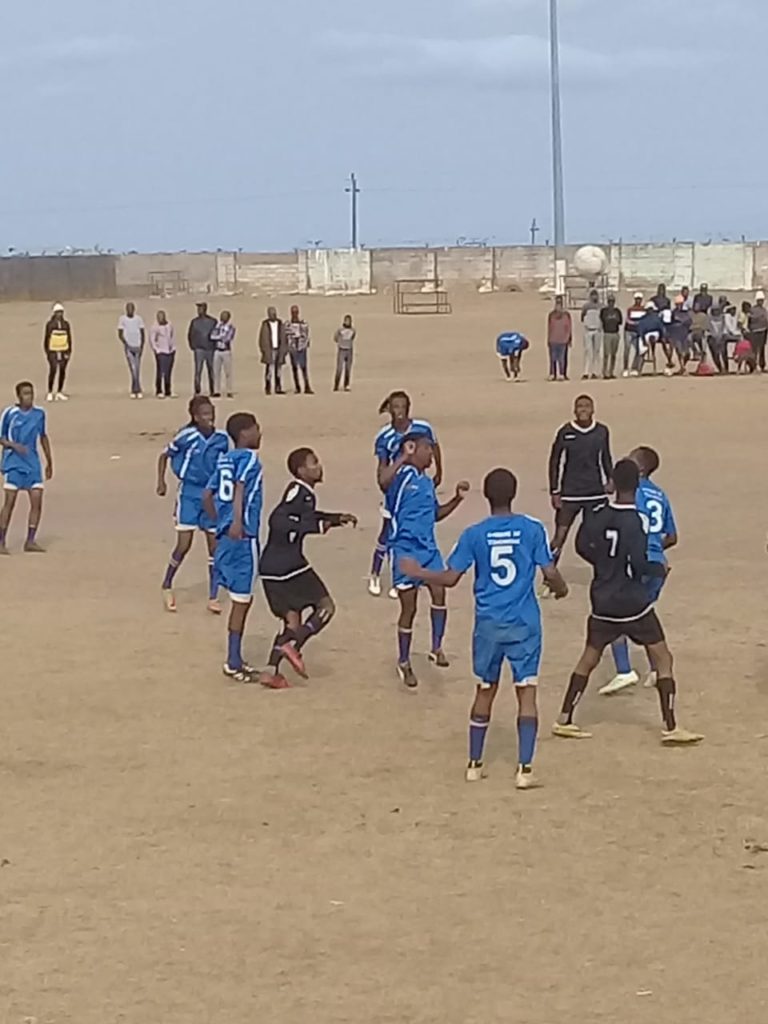 First up was SAB league outfit City Pirates against Sakhulutsha. Spectators came in numbers to watch this much anticipated clash and the two teams went out for their warm-up routines. They nearly called off, though, as there were no match officials at kick-off time.

An hour after the scheduled 1pm starting time, both coaches started to panic with match and Local Football Association (LFA) officials nowhere to be seen. Finally, one of the LFA officials emerged and the two coaches approached him to try and deal with the situation. The Association’s general secretary Mr Heshu told Grocott’s Mail that the LFA has a referees committee which was fully aware of the fixtures and therefore it was not his duty to organise the match officials for the game.

He also said the head of the referees committee had appointed officials for that game and it wasn’t clear why they hadn’t pitched up. The coaches were left with no choice but to try and find an alternative as the football fans starting to become agitated by what they saw as the lack of proper organisation. At last the game got under way with the help of an Eleven Attackers player who offered to officiate.

As expected, the game started at a blistering pace with both teams looking for an early advantage.

There were some very neat and well calculated moves from both sides in the midfield. Sakhulutsha nearly gave away a silly goal when one of their defenders got caught in possession and needed a brilliant save from their goal keeper to save him from the embarrassment.

Sakhulutsha pressed very high up and put Pirates on the back foot. They had the better of the midfield exchanges and took their deserved lead after a brilliant header from a corner kick. Pirates seemed to be rattled by that goal. They struggled to put a few passes together and made a lot of unforced errors.

Sakhulutsha doubled their advantage when they caught Pirates with a very quick counter attack and a perfect defence-splitting pass found their striker in acres of space and easily slotted the ball into the net. The halftime score was 2-0 to Sakhulutsha. Pirates made a few substitutions in the second half, trying to chase the game, but still struggled to find the net.

The goal still eluded them even after waves and waves of attacks putting Sakhulutsha’s defence under pressure. Sakhulutsha never sat back trying to defend their lead, instead initiating attacking moves of their own. Both teams created a lot of chances towards the end of the game, but failed to convert them. The game ended with Sakhulutsha beating Pirates by two goals to nil.

It was a very tough and competitive game, with both sides throwing everything at each other while dishing out good football. In another game, Sophia Stars came from a goal down and equalised to force the game into penalty shootout which they eventually won eliminating New Seekers. Sophia Stars will now face Eleven Attackers in the semi-final on Saturday, while Sakhulutsha will be waiting to face the winner of this game in the final.