School takes on the Department of Education over undocumented learners 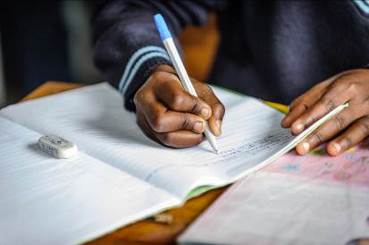 Should the government subsidise the education of undocumented children? This is the gist of the matter that will be discussed in the Makhanda (Grahamstown) High Court on Wednesday (September 18).

The Centre for Child Law and the school governing body of Port Elizabeth school Phakamisa High took the matter to court over the unconstitutional nature of sections 15 and 21 of the Admissions Policy which the applicants claim is selectively enforced.

Section 15 of the Admissions Policy states that a child can be conditionally accepted into a school without a birth certificate on the provision that the certificate is supplied within three months of the child’s enrollment, otherwise the child will be excluded from the school.

The applicants are arguing that if Section 15 of the Admissions Policy is permitted to stand, over a million (predominantly South African) schoolchildren, could be excluded from their right to basic education.

The reason a birth certificate is important for the enrollment of school children, the respondents – the Minister of Education, the Eastern Cape MEC for Education and the Minister of Home Affairs – have argued, is because it provides a record of the number of pupils at schools. This number is used in the budgeting process where the Department allocates resources such as teachers and textbooks to funding for the National School Nutrition Programme.

The matter began over a 2016 government circular that stated stipends would only be allocated to school children with the correct documentation.

Earlier this year, however, the circular was re-issued stating that the Department would transfer funds to learners reported to be in the education system from April 2019 and would verify the existence of the learners at a later date.

The respondents believe the matter is moot.

The Department of Education says it is in the process of amending its Admissions Policy in terms of Section 15 and Section 21 of the policy. The latter deals with undocumented migrant children.

According to the policy, undocumented migrant children will only be admitted to a school if the child’s parents can prove that they have begun their process to legalise their stay in South Africa. Of the more than a million undocumented schoolchildren in South Africa, 167 734 are migrant children – most of whom live in Gauteng and the Western Cape.

In a circular published earlier this year, migrant children will be accepted into a school on the provision that the parents will apply to the Department of Home Affairs within six months to apply for the necessary documentation.

Furthermore, at the start of 2019, the 37 school children excluded from their school because of a lack of documentation are currently in a school or adult education programme.