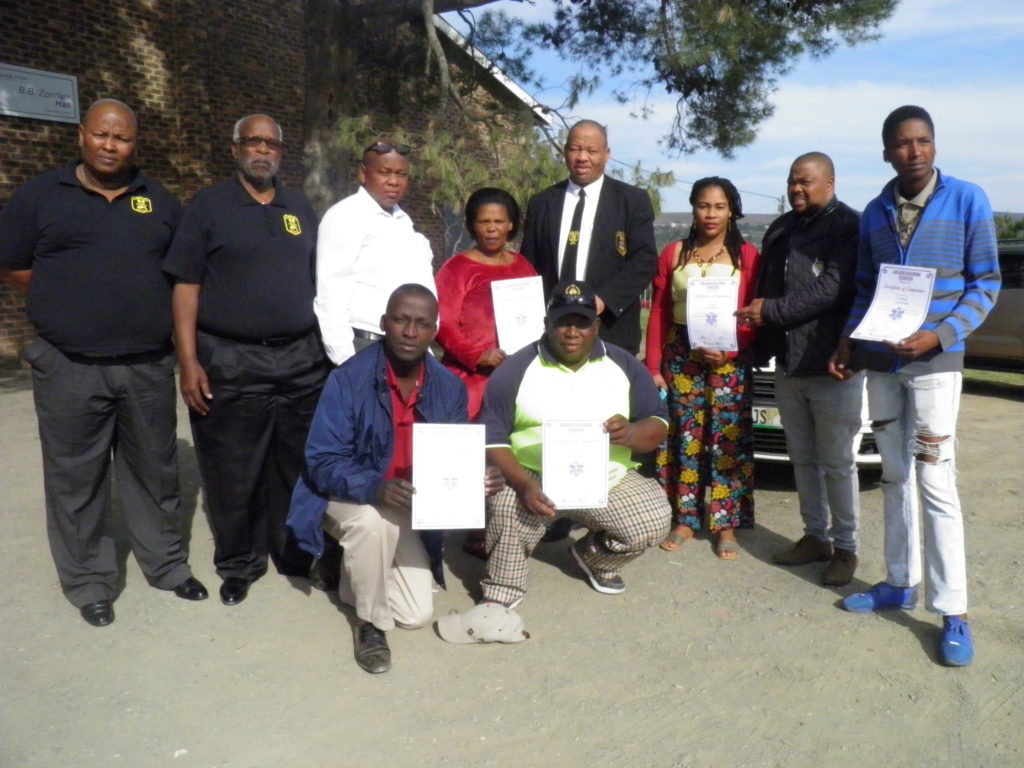 Taxi owners and drivers from GRATA, TETA, BATA and P.E.D.T.A, along with Pronto Driving School and Toyota Grahamstown and the Makanaskop Community Learning Centre recently gathered at BB Zondani Hall for the handing out of certificates of competence to participants who had completed a transport skills development programme. The trainees were 30 people between the ages of 18 and 35. Present were Makana councillors Mabhuti Matyumza and Ramie Xonxa.

Ramodise Tsolo from the Transport Education Training Authority. Through the Skills Levy, the Authority receives R600 million a year, which they use to ensure the transport industry has a skilled and capable work force.

“The Transport Education and Training Authority does five things,” Tsolo explained. “First, we collect money from transport industries and second, we draw up a five-year transport sector plan.”

To draw up the five-year plan, they consult with transport industry leaders who tell them what skills they require.

“Every year we review that plan, set targets and fund them,” Tsolo said.

GRATA Secretary Khuselo Nkosana chaired the event, and said the programme was started in 2016 when the taxi associations noticed that the number of road incidents was increasingly.

“We also noticed that Grahamstown is one of the places where the abuse of drugs is high and youth unemployment is also high,” Nkosana said.

Speaking on behalf of the Makana Council, Matyumza said 65% of the community was unemployed and so the government need support from other stakeholders.

“The Municipality does appreciate what is being done by the Association,” Matyumza said.