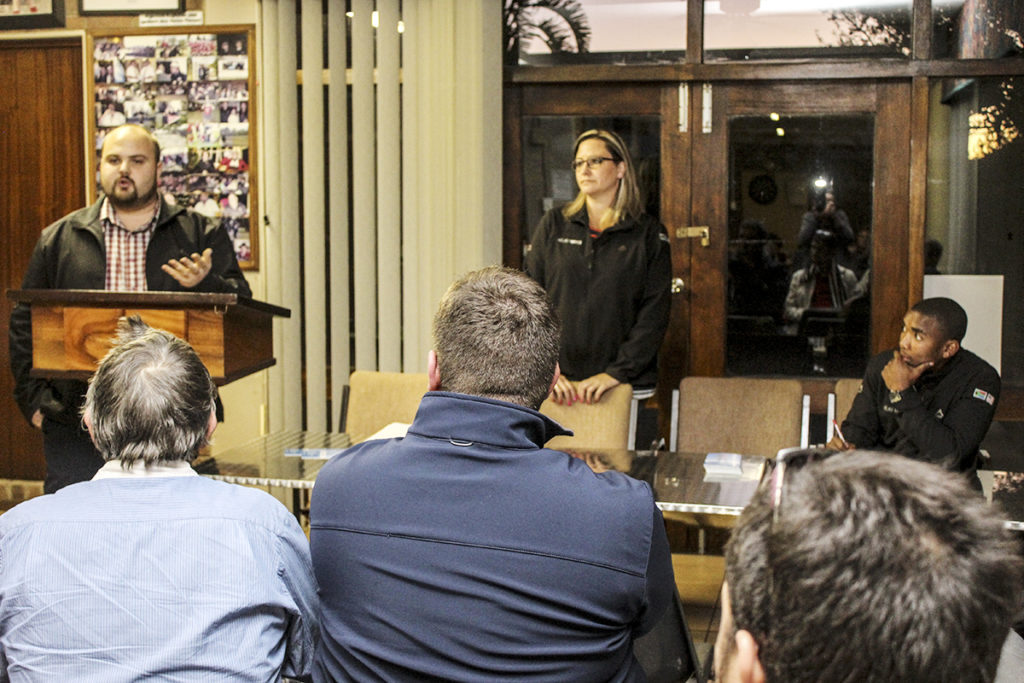 Around 50 people attended a briefing and question session at PJ Olivier High School with BJB Project Services. This is the company facilitating the application process for Atlas Towers to erect a 25-metre cellphone tower in what is currently the garden of the Dutch Reformed Church in Sunnyside.

Many residents are furious at the plan, citing aesthetic, health and environmental concerns, as well as the fear that properties in the vicinity will lose value. In addition, the plans fall within the city’s historic buildings conservation area.

Residents asked about the consultation process, saying many of the people directly affected hadn’t been notified of the company’s plans.

While BJB representative Daniel Beukes wasn’t able to answer technical questions, such as the amount of radiation each of the three repeaters on the tower would emit, nor the contention ratio (the maximum number of users). However, he was clear on questions of process. This included the following information:

Four days after the meeting, Beukes was still not able to provide specific technical information requested at Tuesday’s meeting.

Grocott’s Mail on Tuesday asked how much radiation each of the three repeaters on the tower would be emitting. Beukes said he would need to get a response to that question from Atlas Towers.

On Friday 12 July, Grocott’s Mail spoke to Beukes, who said, “Unfortunately I have still not received that information from the company.” He wasn’t sure when he would receive it.

The meeting was arranged and chaired by member of the council of the Dutch Reformed Church Joubert Retief, who ensured everyone had the chance to voice their opinion and ask questions. The deadline for objections to the plan for a cellphone tower on Erf 4102 is 15 July. The plans are available to view at the Makana Town Planning office in Joza.

Meanwhile, Sunnyside resident Roddy Fox has since done research that shows around a third of Makhanda’s declared heritage sites are situated within a 250-metre radius of the planned cellphone tower.

In his notes to a graphic he produced to illustrate this, he says, “There’s 23 in view on the pic and two more hidden (they are in the overlap of Sheblon Lane and Cross Street). There are only 70 heritage Sites in Grahamstown so this is a significant proportion.”

Fox’s source was the website of the South African Heritage Resource Agency.