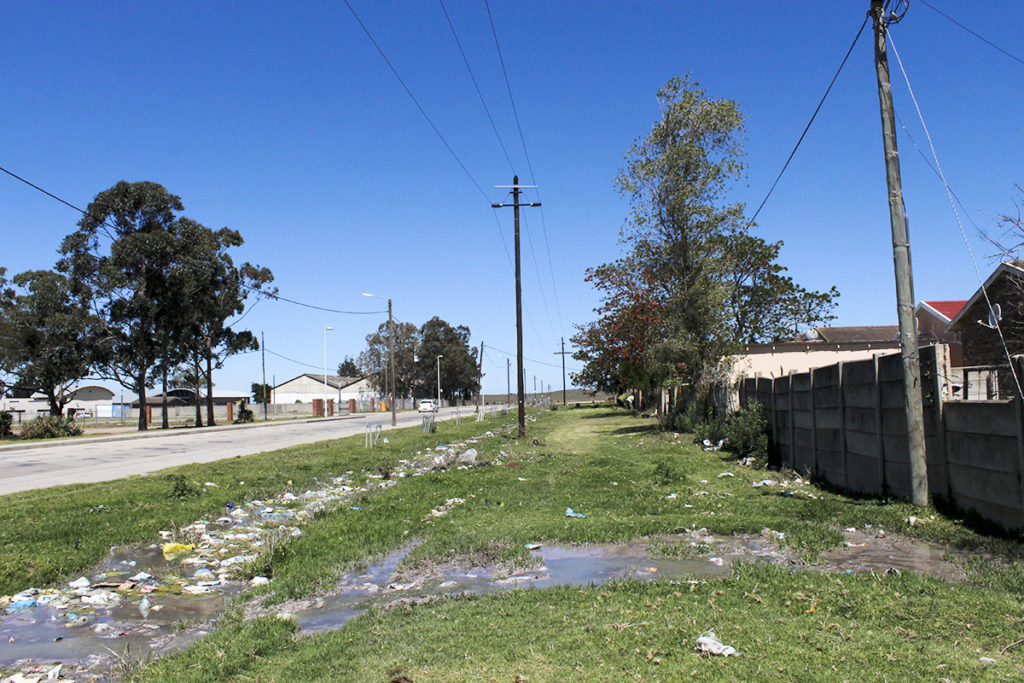 The open stormwater ditch where the body of a young man was discovered last Sunday. Residents say the ditch is a danger, because it continues to run with raw sewage, as is the case in this October 2018 photograph. Photo: Sue Maclennan

An inquest docket has been opened for investigation at the Joza Police Station after the body of a young man was found in a sewage-filled ditch in Extension 5 last Sunday.

Police spokesperson Captain Mali Govender said an inquest docket had been opened for investigation at the Joza Police Station after a report was received soon after midday on Sunday 7 July.

“Half his body was in the water,” Govender said. “He had no visible injuries. The victim has been identified this morning and his name will be released once the next of kin have been informed. No foul play is suspected.”

It is believed that the deceased is from Transit Camp.

The discovery was particularly upsetting for residents because the open stormwater ditch opposite the Indoor Sport Centre, where the man’s body was found, has for years flowed with rubbish and raw sewage.

“We were coming from church when we saw the police installing the yellow tape. That’s how we realised that something terrible might have happened,” said one resident.

“It has been years we that we live in this unhealthy smelly site, said another. “The last time it was half cleaned was when President Cyril Ramaphosa came to Grahamstown.”

The non-operation high-mast light in the area also featured in residents’ concerns.

“It has been more than a week now that the big street light has not been working and is making funny noises only at night. So now it is very dark at night.”

Previous ArticleLife at the SPCA: Dogs in our community
Next Article Cell tower planner faces residents