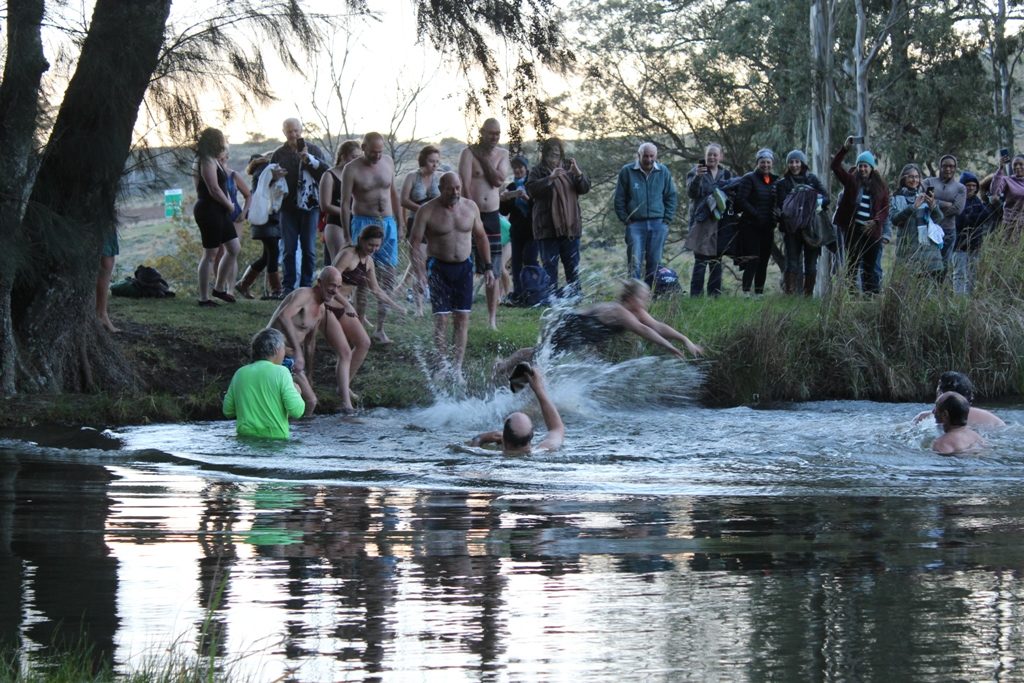 The words, “into the light” coming at the end of some words of inspiration from George Euvrard set the swimmers off. With Eastcape Pools owner Emile Fox on Thursday measuring temperatures of 8.4C near the edge and 6.9C three metres in, most swam the distance of around 30 metres as quickly as they could.

Except for Hobbiton’s Josh Paton who, as has become a Polar Plunge tradition, made a detour at the weir to perform an impressive backward fall into the water, and cruised slowly to the finish, cap on head, to finish a solid last.

Lisl Griffioen was pleased to have completed her 10th Polar Plunge. Others, whether grimacing with cold or just delighted to be out, were grinning ear to ear as they covered up and got a complimentary mug of hot chocolate from the PG Glass team.

It’s the 16th year, too, of the PG Cares Winter Warmth campaign, and spectators and participants were encouraged to bring along a warm blanket or item of clothing for PG Glass’s collection and distribution programme.

The event was held a day later than the Winter Solstice, the shortest of the year.

“It was close to a Saturday, so we thought we’d do it then so more people could take part,” Euvrard said. “But I think in future we’ll just stick to the 21st.”

Members of the public are invited to drop off blankets and warm clothing at PG Glass if you missed the dam-side collection.

SEE WHO WAS THERE! 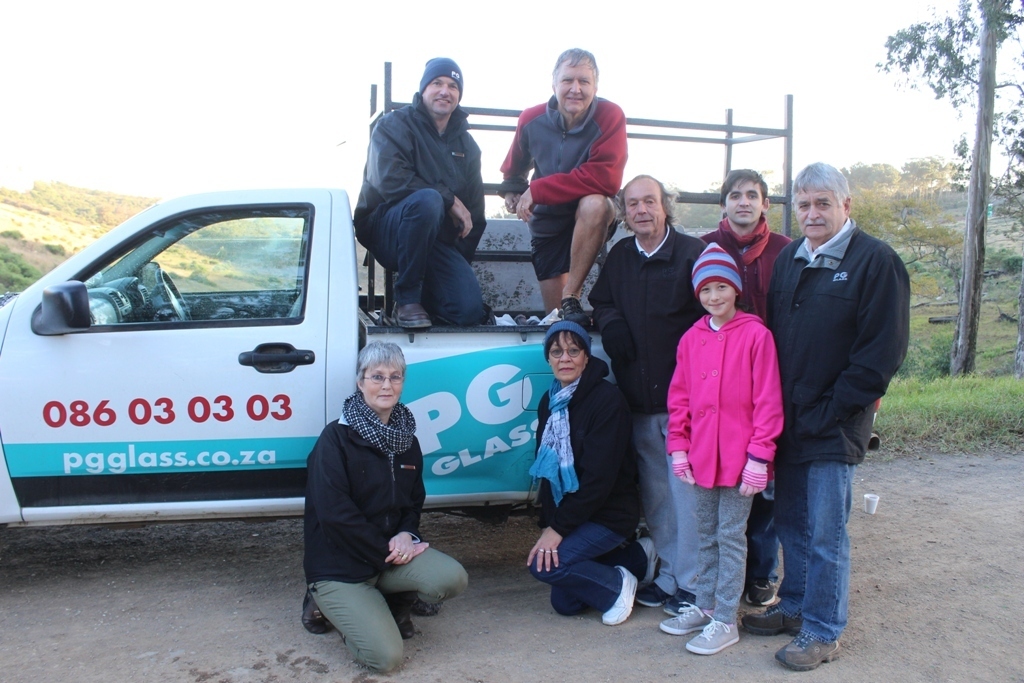 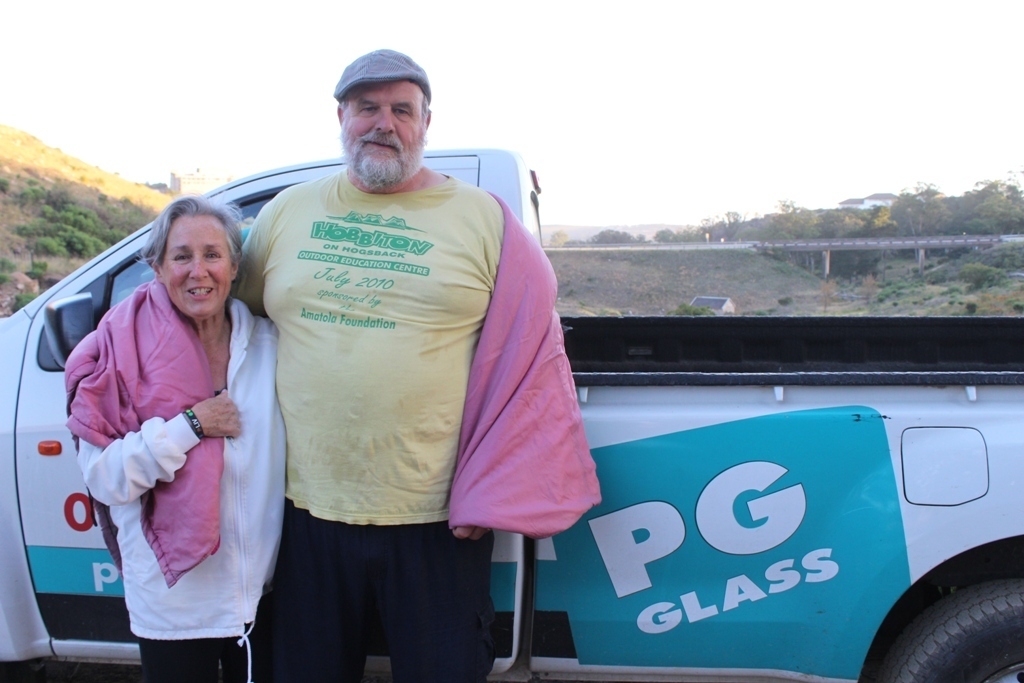 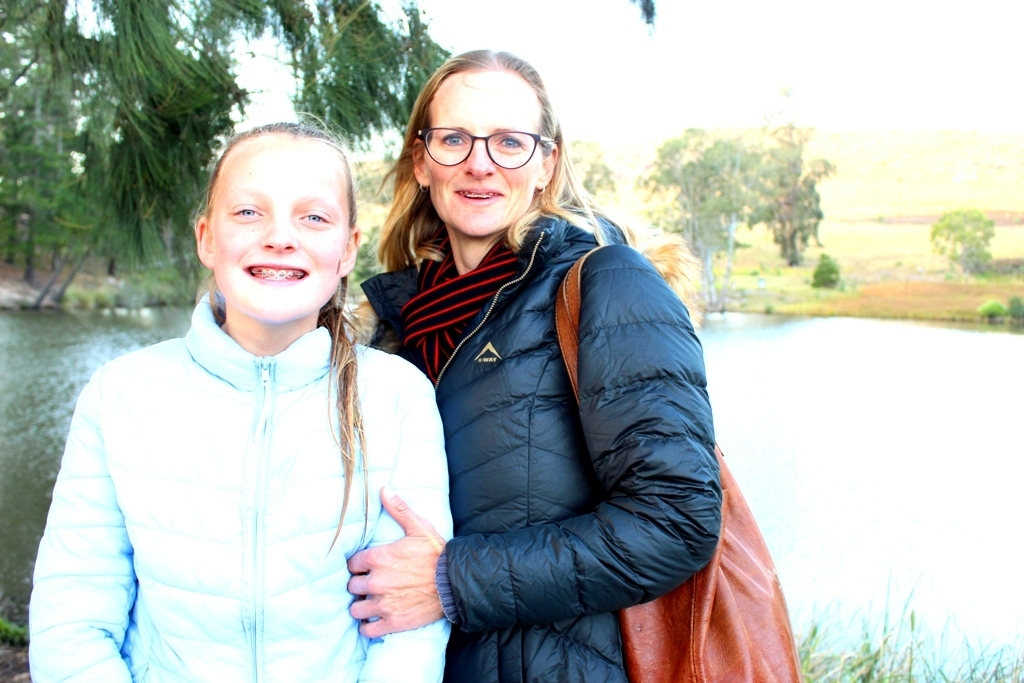 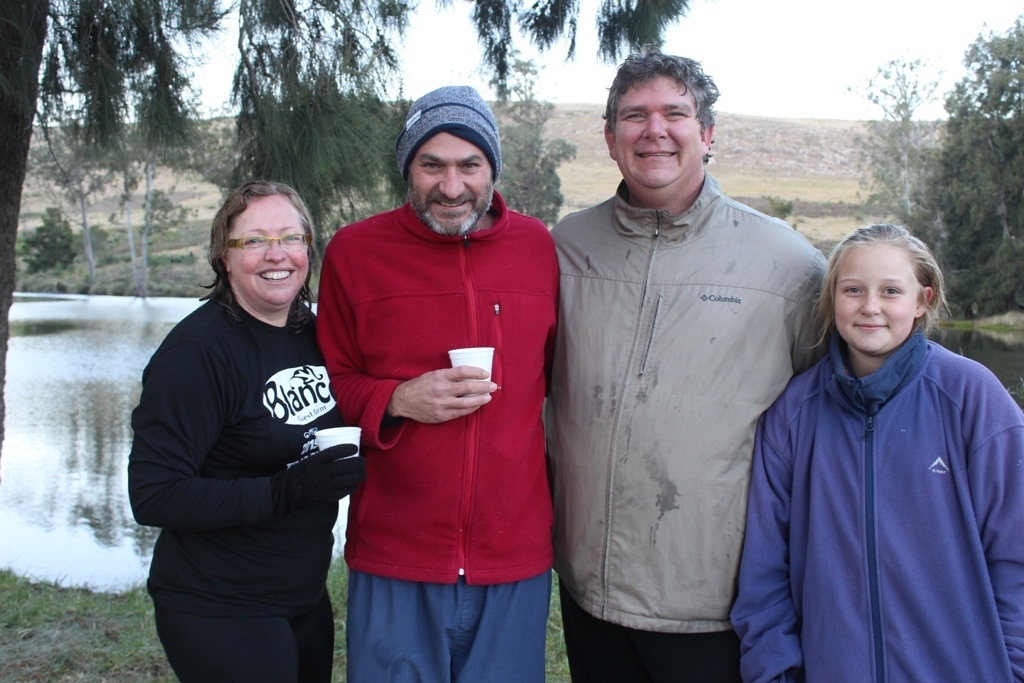 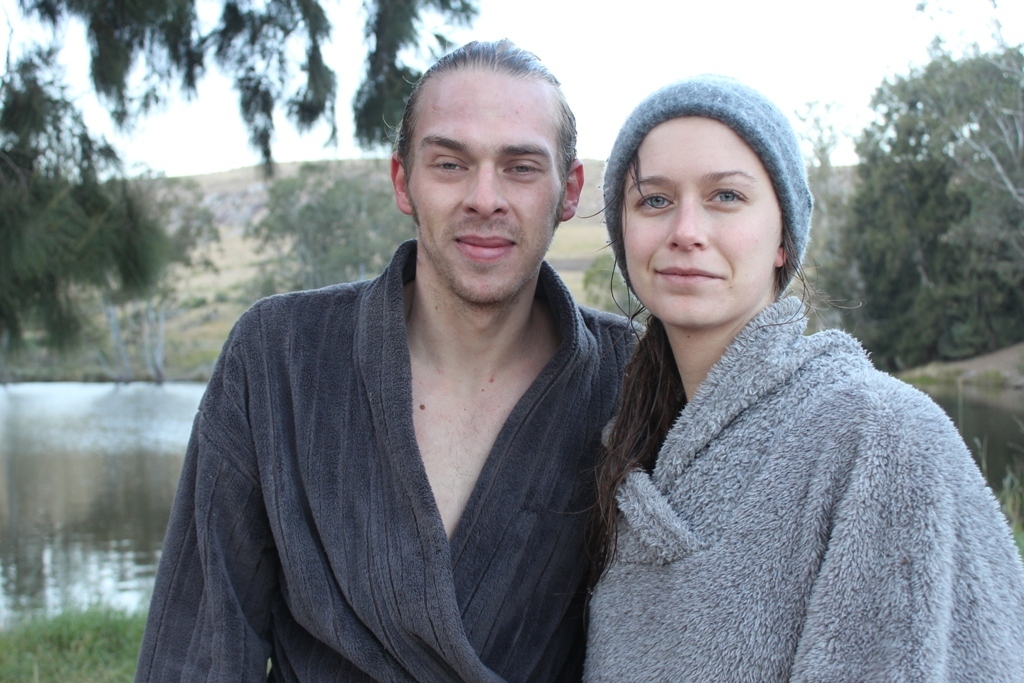 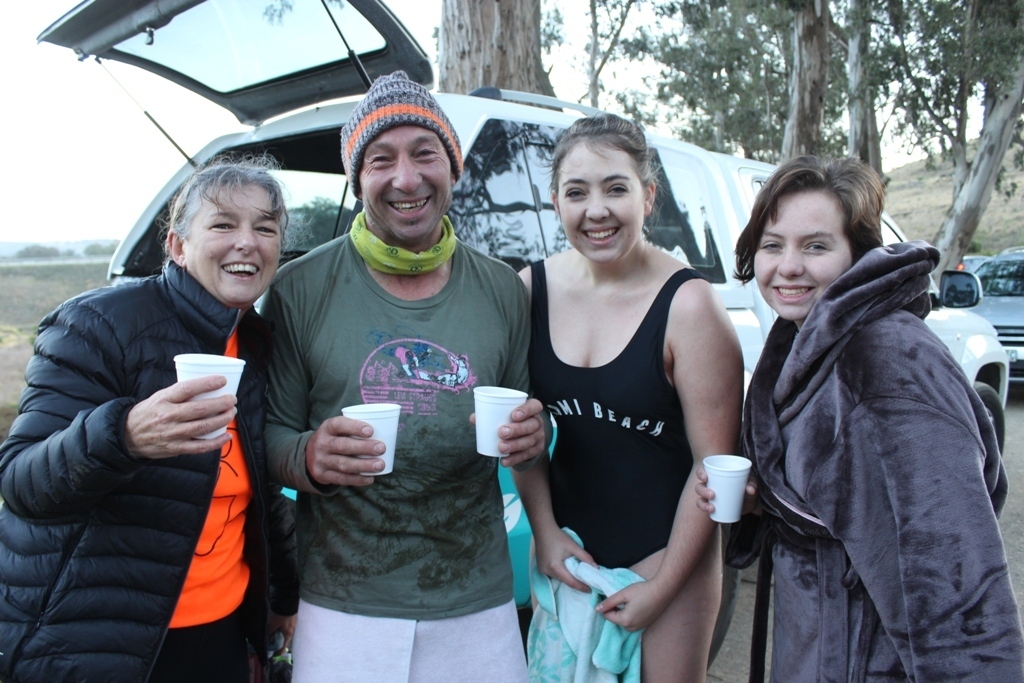 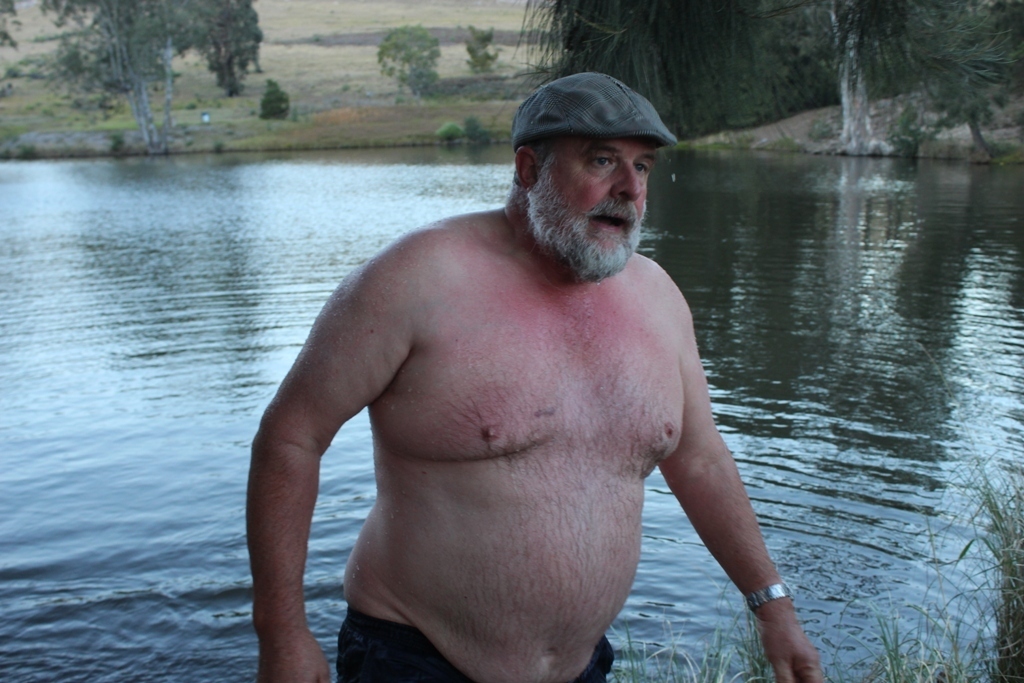 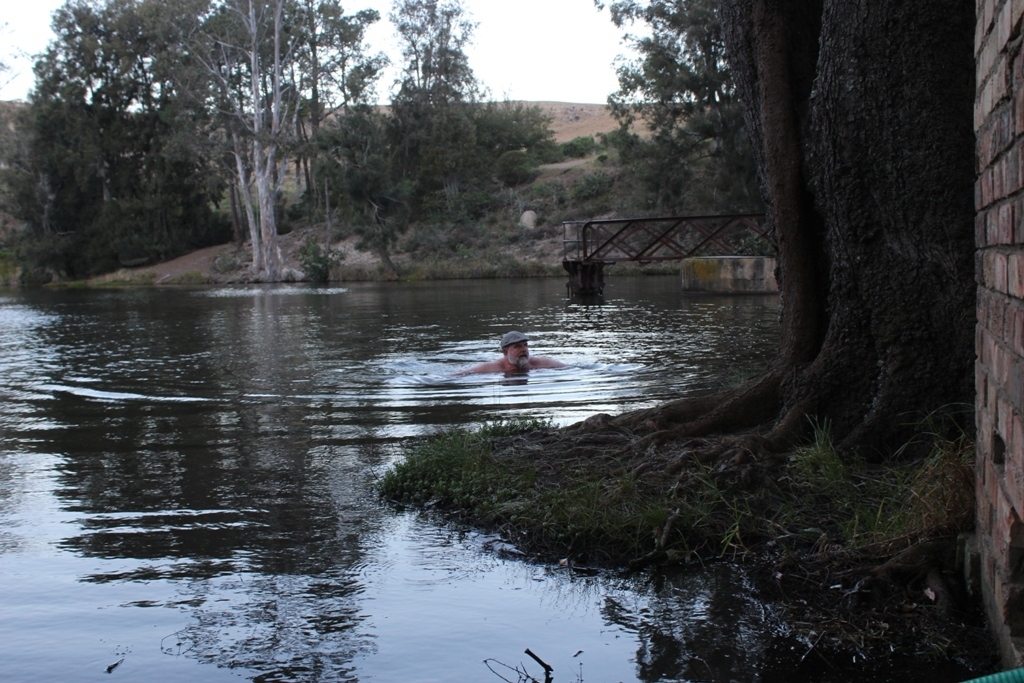 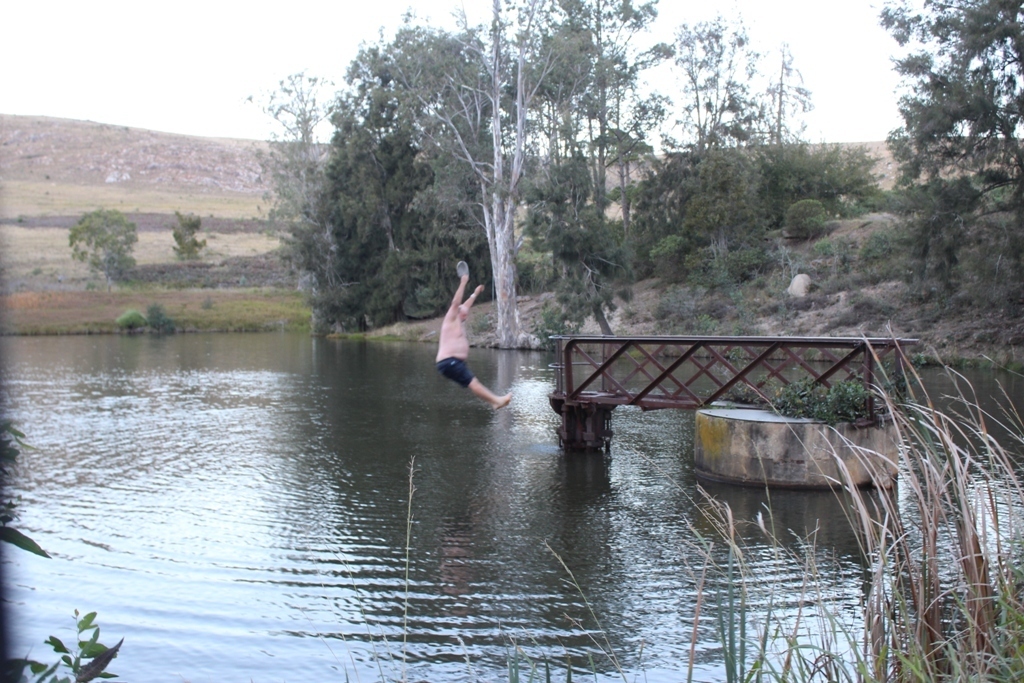 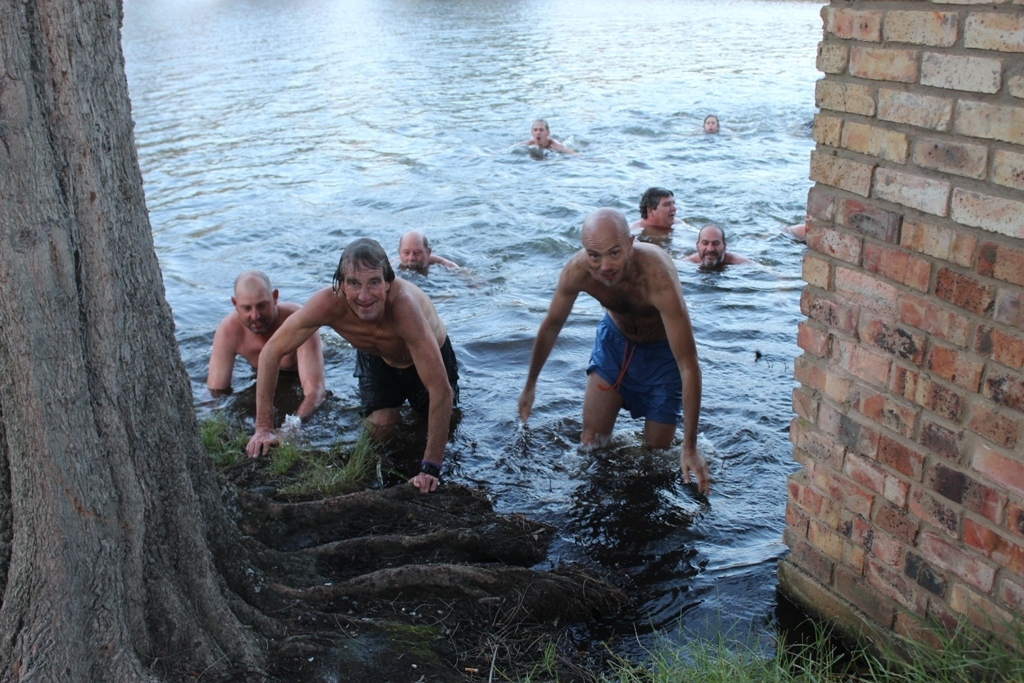 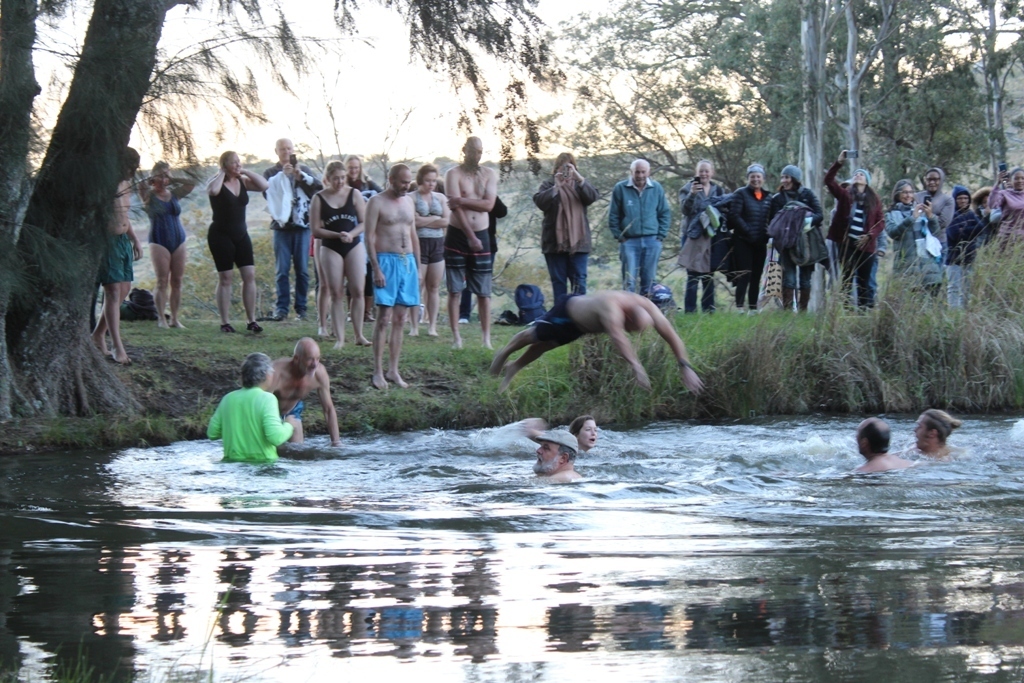 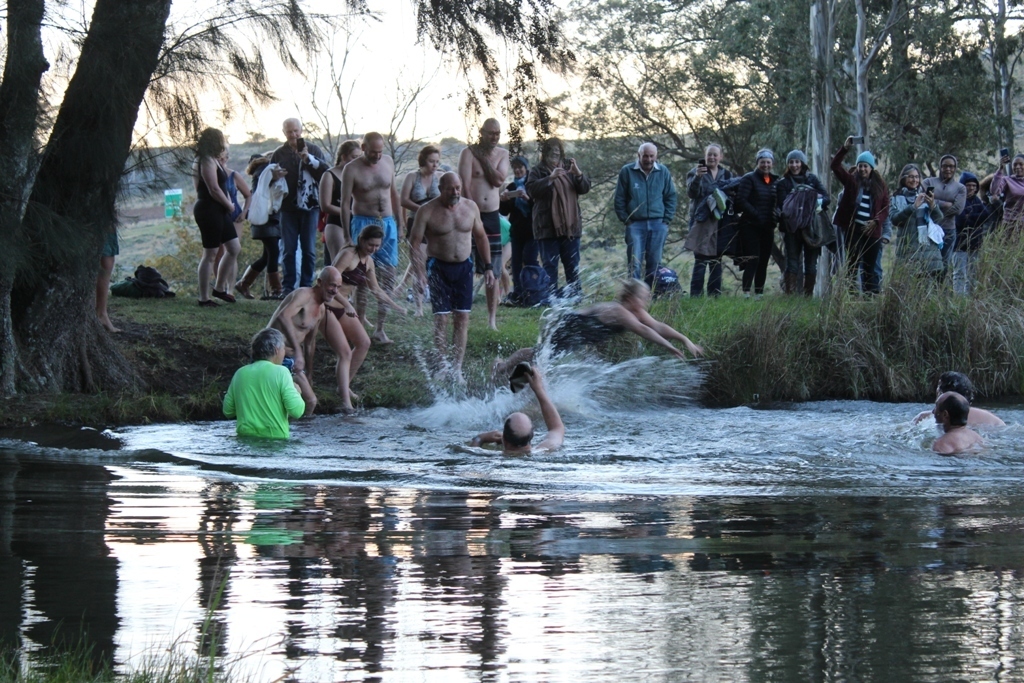 NAMES AND FACES:
* Participants at the edge of Grey Dam a little after 7.30am on 22 June while organiser George Euvrard briefs them about the Polar Plunge.
* And they’re off! Around 20 intrepid swimmers took part in this year’s midwinter Polar Plunge at Grey Dam – a day later than usual, Saturday 22 June.
* First out of the waater are Richard Foss (who has only missed one Polar Plunge) and Kjetil Torp, doing it for the first time.
* Josh Paton, cap in hand, does his signature jump from the weir, followed by a long, slow swim to come out of the water last, wearing his cap.
* Family matter: the Comley family – Andrea, Ivan, Marelize and Liezel – all did the swim.
* Kyle Marais and Sam van Heerden.
* Lisl Griffioen did her 10th Polar Plunge. Doing their best to get warm again afterwards are fellow swimmers Jeremy Baxter, Olaf Weyl and Olivia Weyl.
* Josie Field was proud to do the Polar Plunge. With her  here is mom Pippa Field.
* Mary Kruiskamp and Josh Paton.
* The PG Glass team who were there to hand out hot chocolate and collect warm garments and blankets for the PG Cares Winter Warmth campaign – like the Polar Plunge, also  in its 16th year.