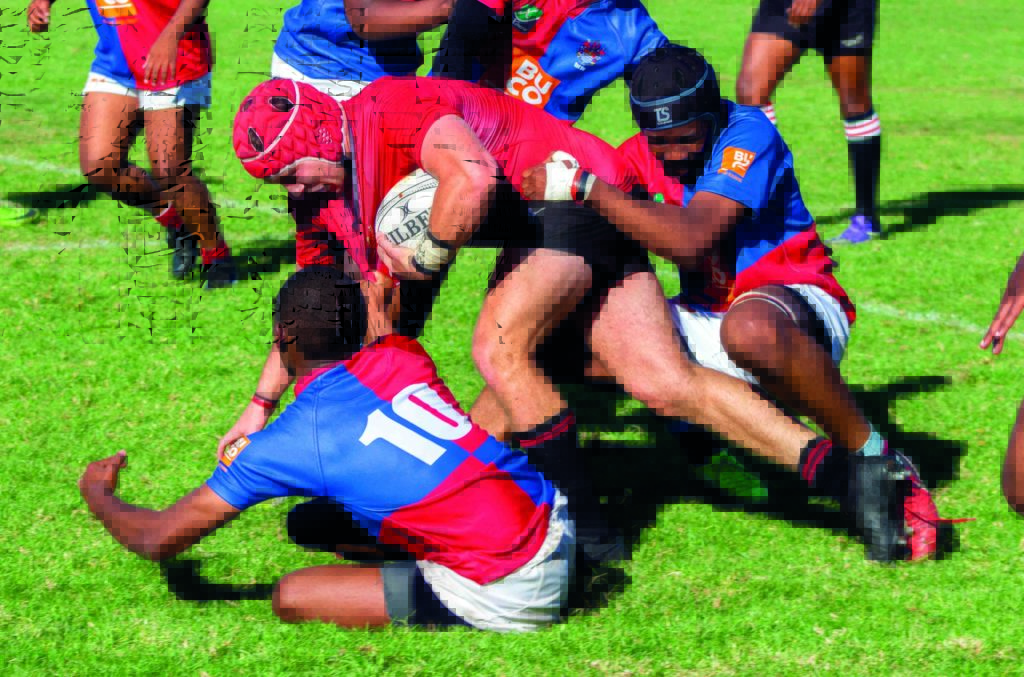 18 May Last weekend saw Kingswood College’s rugby community welcome Port Rex High to Makhanda in an eagerly awaited rugby clash between the two schools. Kingswood is celebrating its 125th anniversary this year and thus will be hosting the annual K-Day event from 11 to 15 June in a few weeks. Kingswood’s first XV are therefore looking to make use of fixtures such as this as preparation for the eagerly awaited derby clash with Kingswood and St Andrews’ first XVs on 15 June.

Kingswood College’s first XV’s build up to K-Day has produced some promising results thus far. Their previous clash against Daniel Pienaar concluded with one point short of a half century in points difference, with the final whistle reflecting Kingswood 61-12 to Daniel Pienaar.

In the fixture before, Kingswood College’s first XV went down against Hudson Park with a final score of 27-17 in favour of Hudson Park. Other noteworthy Kingswood victories include 17-14 against Dale, 23-15 against Kearsney College, and 35-8 against St John’s College.

On the day, all of Kingswood’s senior rugby teams performed seamlessly against Port Rex, as all teams playing on the day came out on top of the visitors. U14A’s struggled at times with defence but ultimately won based on clinical attacks, with a final score of 36-12 to the locals. The Kingswood U15A side had to scrap for a victory in a tightly- contested battle with their counter parts, the game ended 20-17. U16A’s won their clash 26-20, reflecting a similar match feel as the U15’s.

The first team clash was a one-sided affair. Kingswood’s first XV were ultimately better and outclassed the opposition. The forward pack performed exceptionally and continually delivered clean ball to their backline, resulting in an efficient dispatching of their opponents. The final whistle told a story of Kingswood 40- 3 Port Rex. Kingswood’s next clash is against Stirling on Saturday 25 May, at Kingswood. Following on, Kingswood will face Muir at home and Framesby away before K-Day takes place.

Previous ArticleGet fit for the GBS 21K!
Next Article Every Drop Counts