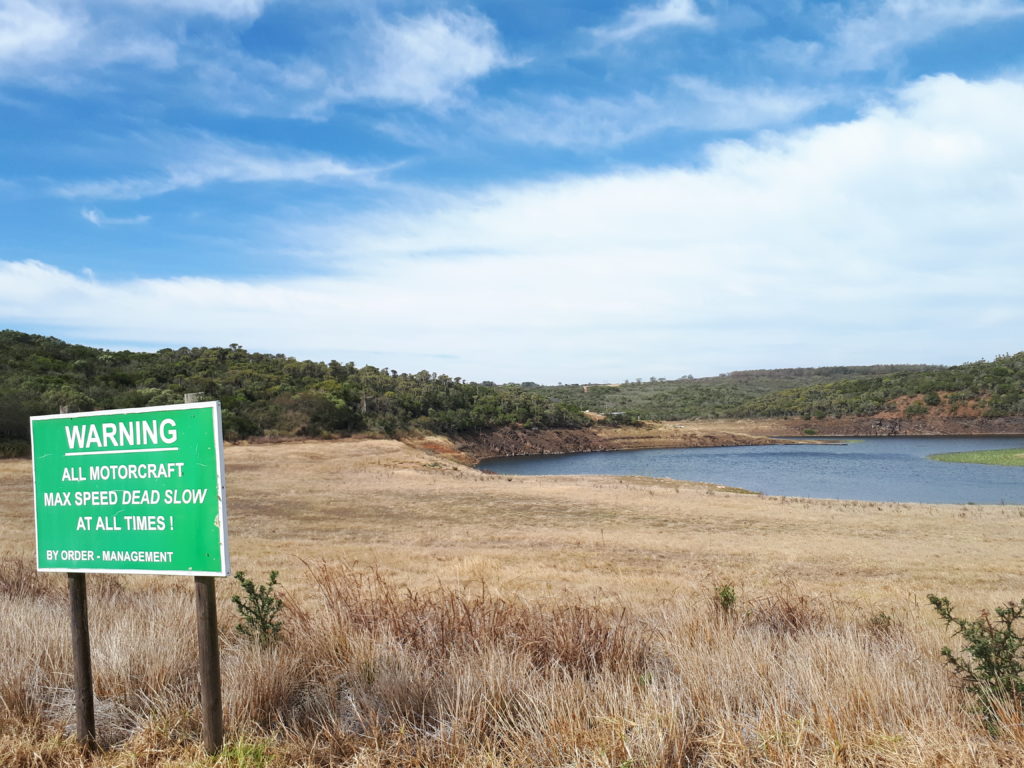 Settlers Dam which supplies west Makhanda (Grahamstown) in August 2018. In May 2019 as the level drops to 7% and damage to the pumps from cavitation has occurred, stepped tariffs are being proposed to reduce consumption. Photo (August 2018): Sue Maclennan

Stepped water tariffs are to be introduced in Makana Municipality to discourage high water consumption.

Tabled in this week’s full council meeting were proposed changes to the drought water tariffs for the 2019/2020 financial year.

“We are in a serious drought situation,” Chief Financial Officer Gerard Goliath explained to councillors on 2 May 2019. “Some towns have no supply, and others, such as Alicedale, are very low.”

“We have been asking consumers to reduce their water consumption – but some choose not to,” he said. “The only way to enforce reduced use is to implement a stepped tariff.”

Goliath pointed out that other municipalities charged far higher tariffs. “The Presidential Infrastructure Co-ordinating Commission (PICC)  says this should have been in place for a long time already.”

Business, schools and industry would have their own tariff structure, however. “Because we still want to stimulate investment in the area. We don’t want to chase them away.”

Goliath said for the next two months, most residents would have actual meter readings [rather than estimates based on previous consumption].

Faulty water meters would be replaced in the next two months. “We must show our government counterparts who are funding us that we are serious.”

Council Speaker Yandiswa Vara cautioned that residents should be given advance notice of the tariff increases.

“The taxi fare has increased by R2,” Vara said. “I first read a notice telling the public about that two months ago. Ward councillors must remember to inform residents about the increase in good time.”

In response to a query from Grocott’s Mail about who would be doing the water meter readings, Mayor Mzukisi Mpahlwa said these would be done using existing staff.

Stepped tariffs have previously been tabled in Council but not imposed because only a few water meter readers were doing their job. In addition, many water meters had been vandalised.