Gardeners grown their skills with Redbeard 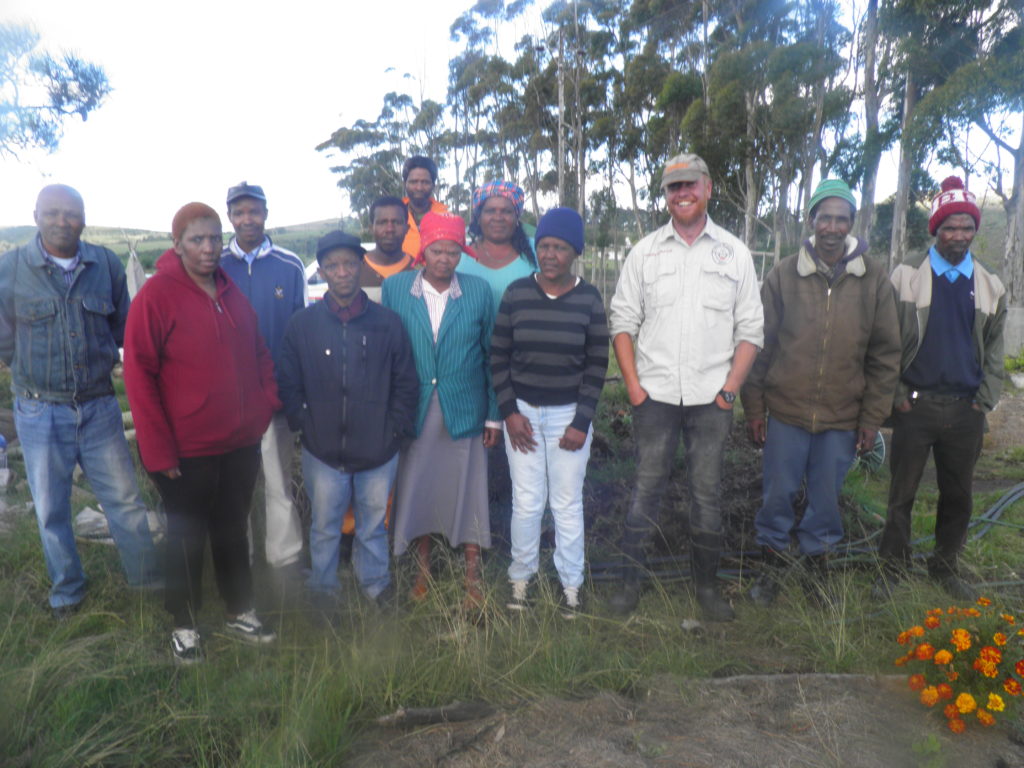 Eleven Makhanda residents learned tips to make their home food gardens more productive and delicious than ever before, thanks to Edward Gaybba of Redbeard Permaculture.

For the past two years, Sunnyside Nursery has sponsored “My Garden” – a feature in Grocott’s Mail where we highlight Makhanda (Grahamstown) residents and their gardens. When Citizen Reporter Lindani Donyeli was assigned the ‘My Garden’ beat, he made it his business to celebrate people across the city who are growing food for themselves and their families.

It was a case of highlighting the hard work that residents are engaged in to make their lives and those of their families and neighbours healthy and sustainable. It’s attracted a lot of attention and support. The Albany Lilium and Horticultural Society, along with several individuals, contacted Lindani to see how they could support the food gardeners by providing seeds or tools. This is in addition to the fantastic support that Malcolm Southey, owner of Sunnyside Nursery, has given the project.

The latest to lend a hand has been Edward Gaybba, of Redbeard permaculture (read more about him below!), who offered to teach a day-long permaculture course to some of the gardeners. Partnering in this valuable day of learning was Rhodes University Community Engagement, which provided transport and food for a dozen residents from Extension 10, Tantyi, Fingo, Vukani and the Community Works Programme, which operates in different public sites across Makana.

So it was that on 25 of April Grocott’s Mail gathered the gardeners and led them out to Redbeard Permaculture.

Vukani resident Noni  Mangi  afterwards commented, “I have learnt a lot. Most of the things are going to help me because I was unaware of them – like using newspapers and cardboard to help keep the water in the garden. I have also learnt how to tend my garden without using chemicals.”

She was especially grateful to Gaybba for his patience in helping them understand new concepts.

Nontinam Thezani, also from Vukani, said she’d learnt new but simple and effective techniques such as mulching to retain water.

“Unwanted stuff like dry grass, old newspapers and leaves can be used in the garden  again,” she said. “It was very important for me – I have gained a lot. Thanks to Edward Gaybba for his knowledge and Grocott’s for being able to get us to the course,” Thezani said. “The community members were all thankful for the training.”

Grocott’s Mail is grateful to Edward Gaybba for offering the course free of charge to the community members, giving them a day of his time and skills; Rhodes Community Engagement for organising the transport and the lunch for participants; and Heather Surridge, Chairperson of the Albany Horticultural and Lilium Society, for giving each participant a packet of seed.

Edward Gaybba says permaculture principles can be applied in anyone’s back yard, ranging from the smallest balcony or a back garden, all the way to farm-scale operations. He offers to design natural systems according to one’s needs, time and budget. Redbeard Permaculture also offers short courses – including backyard gardening and a Permaculture Design Certificate course. More info: 074 744 7000 or redbeard.permaculture@gmail.com or follow them on Facebook.