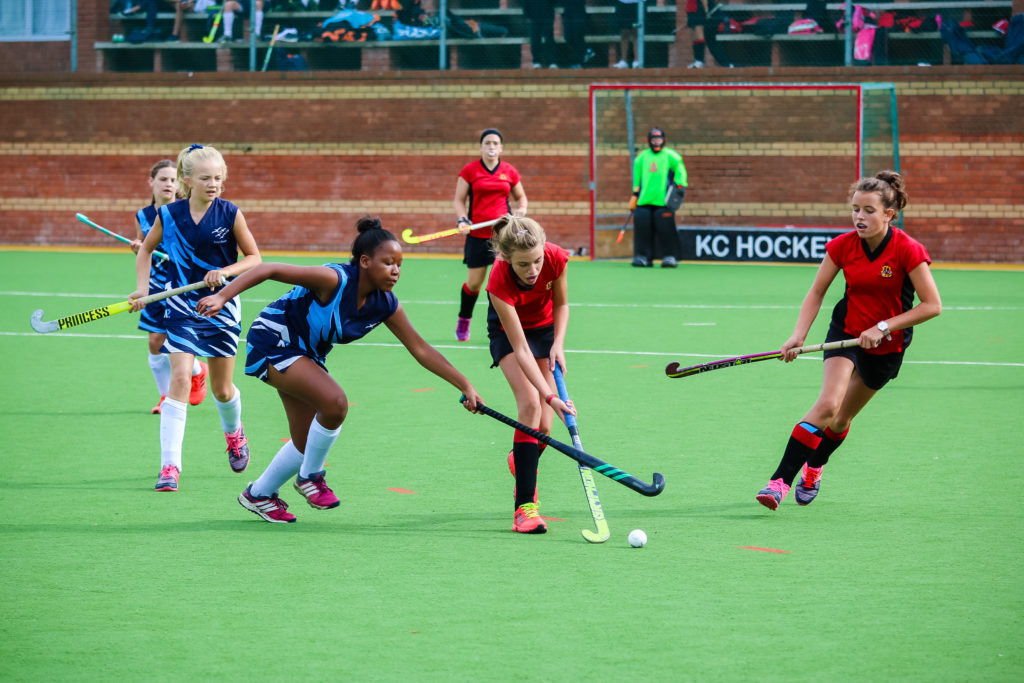 In the midst of Kingswood’s 125th Founders Celebrations, the local hockey scene saw Kingswood College host its annual U13 Co-Ed Hockey Festival on 14 and 15 March.

Traditionally a one-day festival, this year it took place over two days to form part of Kingswood’s Foundation Weekend and greater 125 Jubilee celebrations. The campus was bustling with people and activities and it was no different up at the City Lords AstroTurf.

Kingswood welcomed newcomers to the festival, Stirling, Clarendon, Selborne, Queen’s and Hermitage House, as well as old friends DSG, SAP, St George’s, Victoria Primary, Holy Cross, Glenwood House and Merrifield. A total of 19 teams participated in the festival and a total 47 20-minute matches were played over the two days, with each team playing up to 5 matches. Earmarked as the perfect pre-season festival, coaches got a chance to test various combinations or considered this an extension of pre-season trials.

The festival format lent itself to playing competitive hockey in an environment that promoted collegiality, friendship and camaraderie. With the schools hockey season just getting started, players and fans can look forward to more great matches similar to the ones on display throughout the festival.