How a Russian puppy led reporters to four fake websites 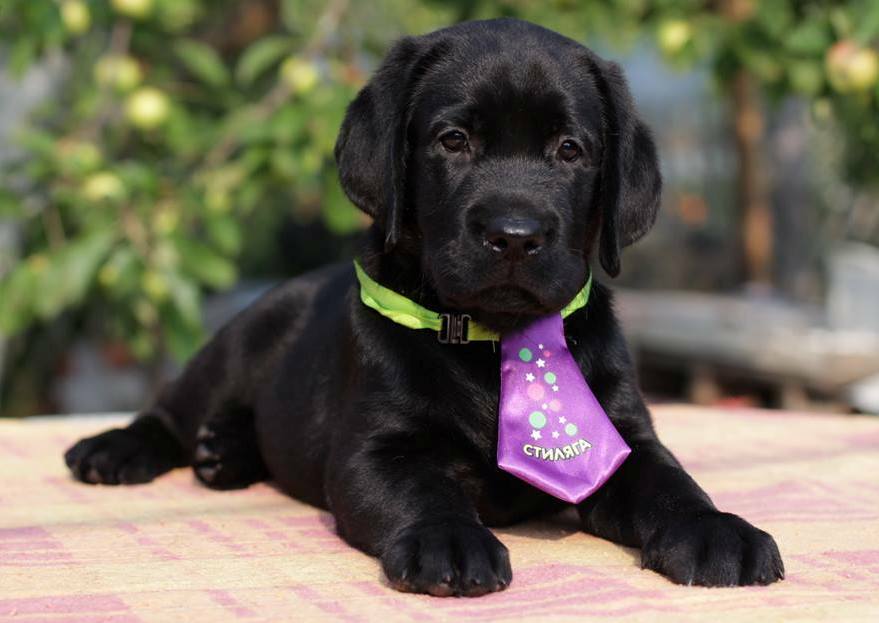 "Max" is a real puppy offered for sale on a South African website. Max is actually in Russia, and lead reporters to four fake websites.

Last week Grocott’s Mail was approached by an anonymous source informing us of a potential online scam. The scam involved a website, a puppy, a fake pet courier and R30 000. This one tip-off led our team to uncovering three more websites of similar design and – in all honesty – humour.

Let’s start with the first website, www.goldenpupshome.co.za. The website advertises beautiful labrador and golden retriever puppies for sale at R5 500, with an added shipping cost of R750. The company boasts safe and secure travel for your new puppy with trusted airline and transport companies, and even offers tips to care for the animal. However, looking just under the surface of the website’s photographs, business details and domain information, the website appears to be scam. Our first red-flag was the website’s listed business address in Queenstown. A quick Google search revealed that the property was for sale, a lovely spacious family home. We phoned the listed real estate agent and asked for Golden Pups. He sighed and quickly said it was a scam. The house is currently in escrow, and certainly not to a collection of puppies.

Max is listed for sale on Golden Pups, and our reporter inquired with the business via Whatsapp to purchase him. Golden Pups responded, “Hi, Max sold few minutes ago” and blocked our reporter.

What our team soon discovered is that Max is wearing a unique purple tie; a closer look at the tie reveals Cyrillic characters. A quick reverse image search on Yandex revealed that Max was alive and well, but lives happily in Russia with a breeder. Hence the Russian lettering on his purple tie.

Digging deeper Golden Pups offers “happy clients” testimonials, seems legitimate for a business, but for a website claiming to sell Labradors and golden retrievers, all of the photos feature a cocker spaniel. Adorable, yes! Labrador or retriever, no.

Moving swiftly ahead, the Q&A section of the website has yet another breed listed: a Pomeranian. A small fluffy breed of dog that is about 10 percent of the size of a Labrador. But according to Golden Pups, as “Pomeranian experts” they know exactly what it takes to care for your Labrador puppy.

Speaking of Pomeranians, after googling selections of text from Golden Pups, we found not one, not two, but three similar websites.

www.teacupminipoms.co.za looks like Golden Pups but for miniature Pomeranians, advertising puppies for sale with safe and secure courier facilities as well as client testimonials. The Q&A section of Tea Cup Mini Poms is identical to Golden Pups, except this time the breed matches the website.

Scrolling down on the page, Tea Cup Mini Poms claim to be “Delivery Experts”.

The image used also appears on Golden Pups, and a reverse image search links the image to www.bearfacepomz.com, a website based in San Francisco. Images of puppies on Tea Cup Mini Poms also appear on Bear Face Pomz. Our reporter engaged with Tea Cup Mini Poms to further cross-check images but was blocked after requesting more photos.

Watch Dogs Home is the only website without client testimonies; however it is also the most recently created of the sites, with a creation date of 16 January 2019 at 2.24pm.

This follows inquiries with the alleged sellers as well as with the domain hosting company, DiaMatrix.

DiaMatrix stated in an email on 4 March that the Golden Pups website was currently under investigation after our reporter filed an initial complaint.

According to DiaMatrix usage guidelines fraudulent behaviour is strictly prohibited. “Any fraudulent activity whatsoever, including dubious financial practices, such as pyramid schemes; the impersonation of another subscriber without their consent; or any attempt to enter into a transaction with Company on behalf of another subscriber without their consent.”

Our initial source was not the only one claiming they had been scammed. We found other testimonies.

The listed addresses of Golden Pups, Tea Cup Mini Poms and Watch Dogs are all listed as residential properties in Queenstown, Eastern Cape. The Golden Pups address as stated earlier, is a residential home currently in escrow.

All of the websites are hosted by DiaMatrix and use a privacy proxy listed as “WHOIS Privacy”, which is part of Domains.co.za, a subsidiary of DiaMatrix.

The websites were all created between October 2018 and January 2019.

Our team would like to encourage readers to file cases with SAPS if they have been scammed by any of these sites, and to be weary of similar websites.