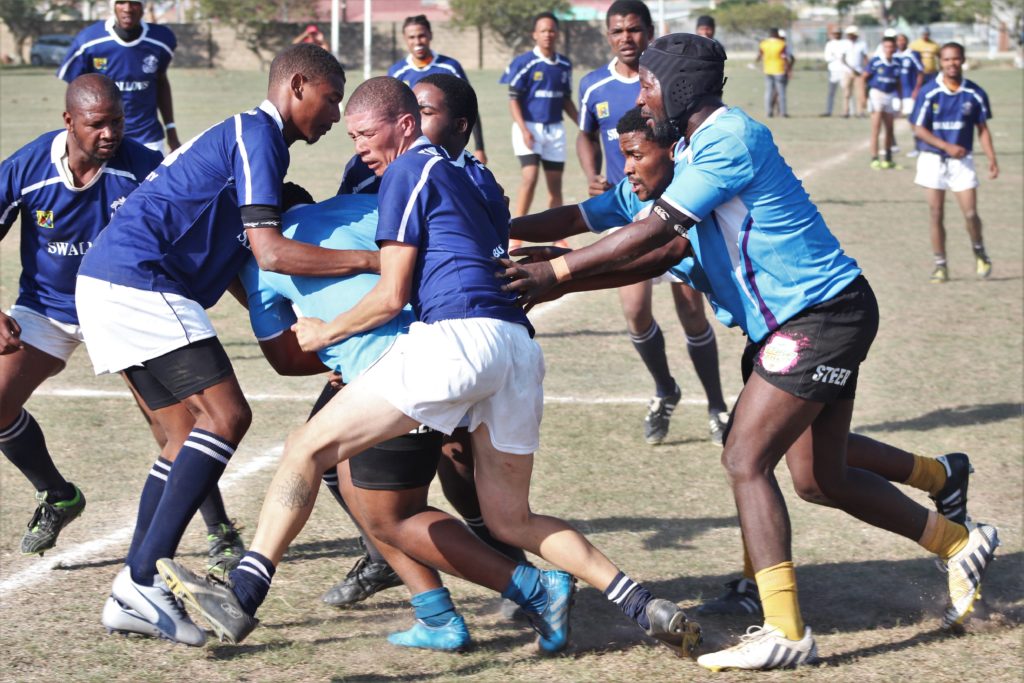 Round Two of the SEDRU Mayoral Cup took place in Makhanda on Saturday 23 February. The competition heated up as various teams took to the field, including the Brumbies, Wanderers, Easterns and Swallows. Ndlamble was proudly represented by Kowie United and Klipfontein.

The field became an ocean of blue shirts as the Easterns First Team took on the Swallows Firsts. Cars, picnic chairs and chatting fans surrounded the two teams as they went head on head for the victory. The Easterns showed brilliant interplay between the forwards and backs, while the entire match held a quick pace.

Despite a great effort from the Swallows, a yellow card rendered them less a player, which was paired with multiple handling errors from both teams. The final score was 24-12, a victory for the Easterns.

Previous ArticleEnding a marriage
Next Article Yes, the show will go on