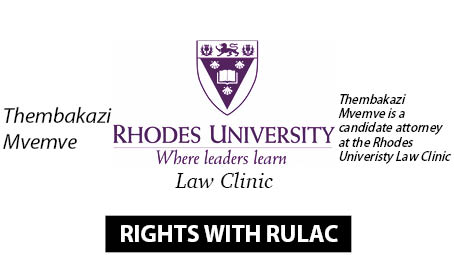 Prior to the Divorce Act coming into operation on 1 July 1979, South African spouses could only get divorced on the basis of certain limited grounds such as adultery and malicious desertion. This meant that a spouse had to be at fault before divorce proceedings could be instituted. With the coming into effect of the 1979 Divorce Act, South Africa moved away from a fault based system. The Act provides for three no-fault grounds of divorce:

The irretrievable breakdown of the marriage is by far the most common ground for divorce. In order for a marriage to be considered irretrievably broken down, two requirements have to be met. Firstly, the marriage relationship must no longer be normal. Secondly, there must be no reasonable prospect of the restoration of a normal marriage relationship between the spouses. In practise, if one party no longer wishes to continue with the marriage, that party will be able to get a divorce provided they allege that the marriage has irretrievably broken down and provide reasons for this. A court, if it is of the view that there is some prospect of the relationship being restored through counselling, can order a postponement. If this is not successful, then the divorce will proceed.

Previously divorces could only be heard in the High Court. However, the jurisdiction to hear divorces has been extended to Regional Magistrates Courts. One or both parties must be either domiciled or ordinarily resident in the area of jurisdiction of the court on the date on which the action is instituted. A divorce is started by having a summons drafted, issued and served. A divorce summons must be served personally by the Sheriff of the Court on the spouse who is being divorced.

The duration and process involved will depend on whether a divorce is contested or uncontested. It is possible to do a divorce without legal assistance (you can attend at the magistrate’s court where you will be given the necessary forms and guidance for concluding a divorce without legal representation). Factors which would favour doing the divorce yourself include:

In more complicated divorces, where children are involved or where there are substantial assets, it is advisable to seek legal representation.

Given that divorces can often be acrimonious and legal fees expensive, it is advisable for parties to attempt to mediate the terms of their divorce prior to resorting to litigation. In mediation, an independent third party will work with both sides in an attempt to reach a settlement agreement. A mediator does not decide the case and has no authority to make any decision or force any order on the parties.

All aspects of a divorce can be mediated, including the division of assets and maintenance. Parties can agree to mediation before or after legal action has been instituted. The mediator will facilitate the parties making reasonable decisions with regards to such things as the division of the joint estate and the maintenance of minor children. Mediation does, however, assume that both parties want to resolve their differences without resorting to litigation. It is also not suitable where there is a significant power imbalance.

The Rhodes University Law Clinic strives to improve access to justice through the provision of free legal services to indigent people in most areas of law. In addition to its New Street offices, Law Clinic staff are available to clients at the Assumption Development Centre (Konongendi), Nceme Street, Joza, on the first and third Thursday of every month from 9am-12pm. Law Clinic staff also conduct a talk show on Radio Grahamstown on the second and fourth Friday of every month, and provide workshops on a wide range of topics in order to raise awareness of people’s rights. For more detail, please contact the Rhodes Law Clinic: