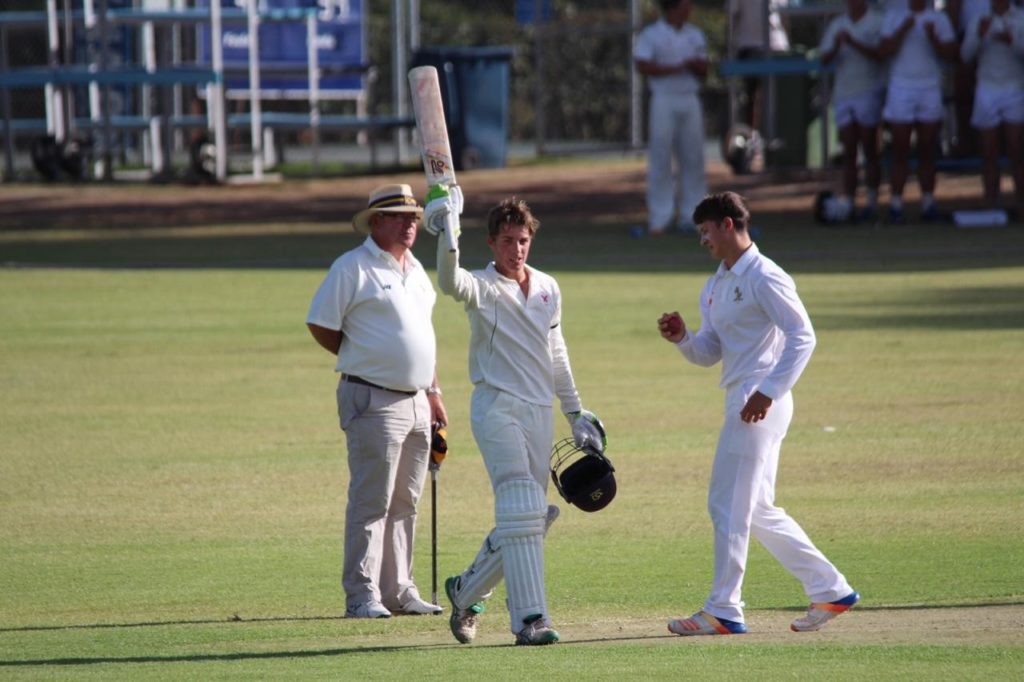 James Mullins scored a total of 102 runs not out in just 110 balls for St Andrew's against Graeme College. Photo: Supplied

The St Andrew’s College First Team cricket side hosted their counterparts from Graeme College on Saturday 3 November. Graeme won the toss and had little hesitation in electing to bat first on St Andrew’s Lower Field.

The Graeme batsmen, led by Eastern Province opener Bavuyise Manyakanyaka, got their innings off to a rollicking start. St Andrew’s battled hard to stem the flow of runs and Graeme continued with their momentum on the superb Lower field surface.

Manyakanyaka was the top scorer for his team, in his hundredth match, with a fluent 62 runs. Eastern Province all-rounder Mark Amm (46) added the finishing touches and Graeme posted a competitive 244 run total. Chris Poole bowled a neat spell of 2/34 in his 10 overs and Miles Danckwerts helped steady the bowling innings with his effective spell of 4/49.