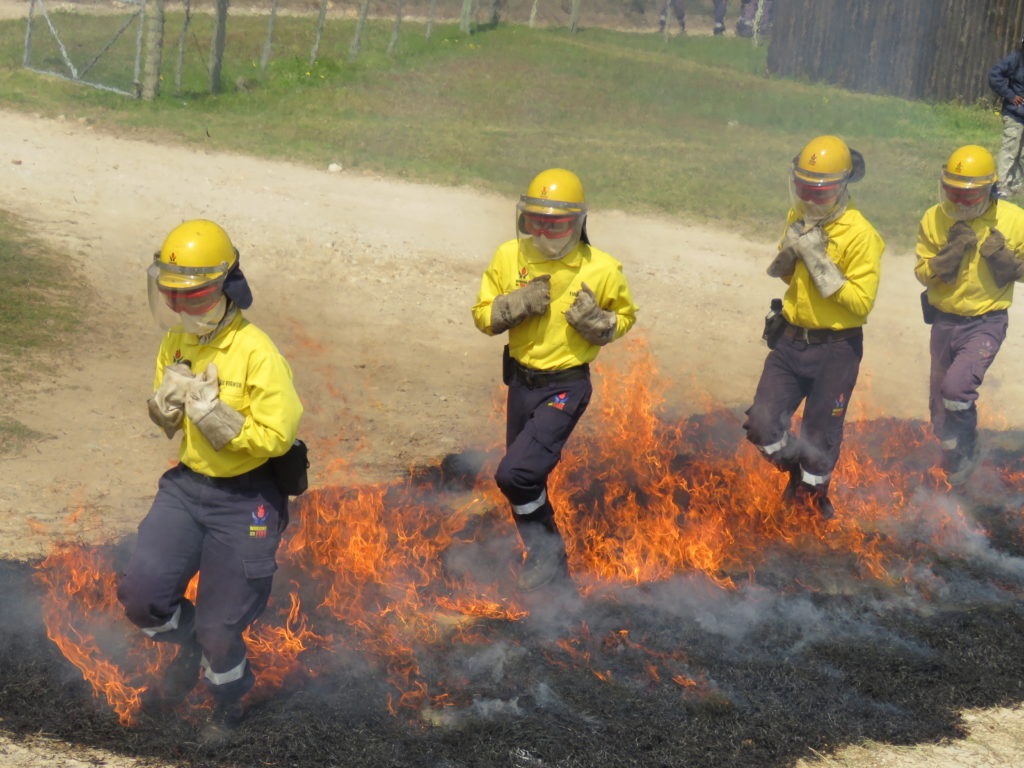 Members of nine Working on Fire teams in the Eastern Cape recently underwent refresher training ahead of the summer fire season. Photo supplied

With weather conditions working in their favour, teams fighting the Tsitsikamma fires would focus on getting the fires under control, Working on Fire said in a media release this morning. “Weather conditions have improved, with light drizzle assisting fire-suppression operations.

“Temperatures are in the low teens, the wind is moderate,” the Department of Environmental Affairs project reported Monday 5 November.

“The weather forecast for the next two days is promising, with more rain forecast allowing us a window of opportunity to secure the wins we have achieved by improving and anchoring containment lines. This could result in further containment from 30% to around 80%. All efforts will be focused to get the fire under control in these favourable conditions.”

This fire started on 23 October in the Lottering area in the west. This was contained and declared safe on 27 October.

A second series of fires started due to lightning between Storms River and Clarkson on 29 October.

“Extreme weather conditions hampered fire suppression activities over this period,” WoF said. “This was exasperated by further lightning fires on 4 November at Coldstream and Kareedouw.”

The current fire spread across 80km from Coldstream in the West to Palmietvlei in the East.

The main objective of the fire suppression activities was to safeguard communities, lives and infrastructure, WoF said. The total population affected was 12 535 people.

To date no fatalities, serious injuries or loss of infrastructure had been reported. Serious damage had been caused to plantations, waterworks and fence lines.

“Currently no communities are under threat,” WoF said. “Key focus areas are Coldstream, Stormsriver and Clarkson.”

WHO IS FIGHTING THE FIRES?

Current status at various incidents in the area from West to East.