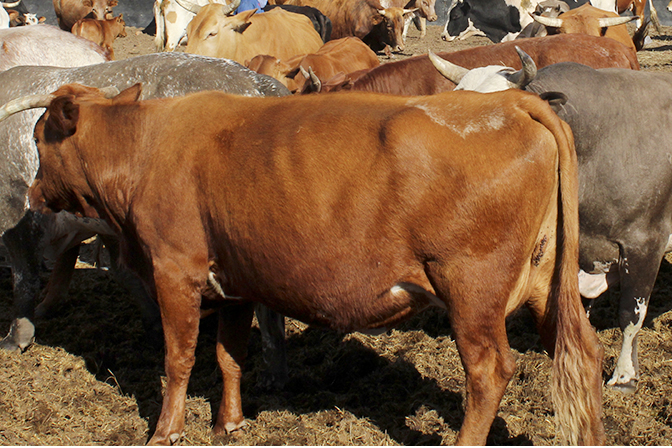 The Mbhashe Executive Mayor recently handed over a R9 million Animal Pound at Dutywa. The facility is the result of a joint effort between the municipality’s Community Services and Technical Services directorates, with the use of Municipal Infrastructure Grant (MIG) funding from Cogta.

In a media statement, the municipality said the state-of-the-art structure was complied with SPCA standards, comprising separate spaces for designated species including horses, sheep, goats and cows. There are sick bays and veterinary treatment areas intended for those requiring medical attention.

In the surrounding municipalities, there is no facility for handling animals and this pound would serve communities beyond Mbhashe.

“Although the facility is intended for impounding stray animals, those trespassing and those grazing along the roadsides, the communal farmers will also be able to utilise it for their public sales,” the municipality said.

The pound was officially opened at the launch of a national Safe Festive Season campaign by Minister Bheki Cele and Transport MEC Weziwe Tikana. The pound is intended to reinforce safety measures, among which road safety is included .

“Mbhashe Local municipality has a National road, the N2, cutting across it. The N2 is regarded as one of the deadliest roads in South Africa with stray animals being a contributing factor,” the municipality said.

“The municipality  found it imperative to launch this project as means of  protecting its citizenry by minimising the risk associated with road carnage.”

The municipality would budget for the annual maintenance and upkeep of this facility.

“However it is noteworthy that the facility is already bringing in some revenue in the form of impounded animals,” the Mbashe Municipality said.