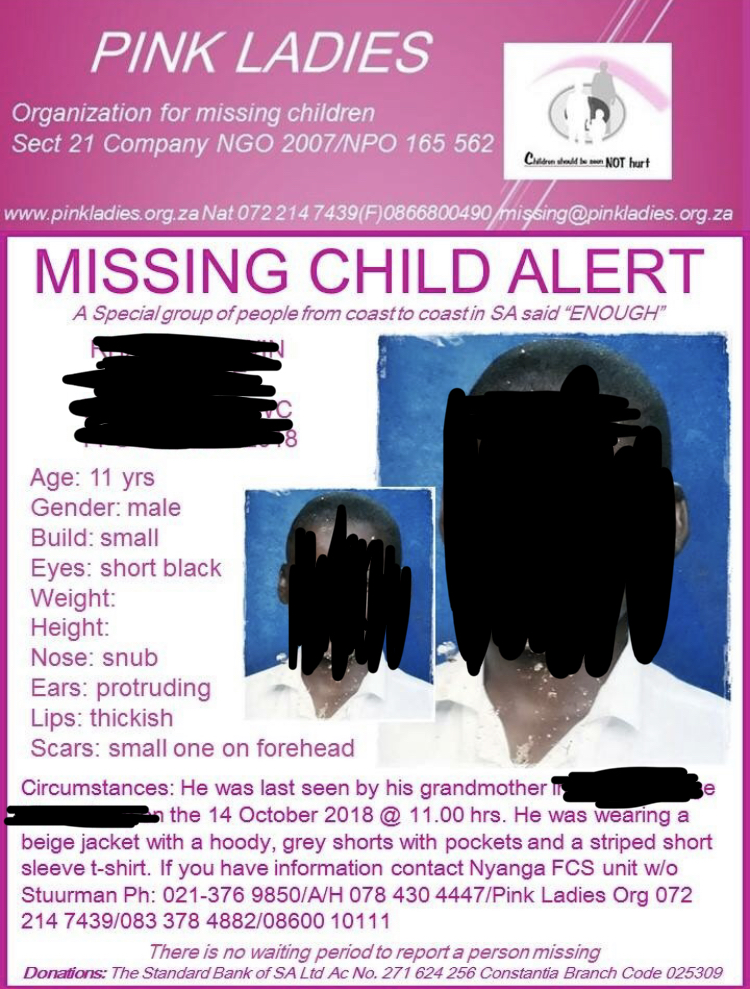 In the past month, Eastern Cape media has hummed with unfounded rumours and confusing claims about alleged human trafficking, kidnappings and child abductions. Two weeks ago a concerning voicenote circulated through the Makhanda (Grahamstown) community warning of a vehicle purportedly trying to kidnap young girls. Grocott’s Mail has closely followed these claims and social media hype to uncover the truth, bringing our readers just the facts.

The voicenote circulated on Whatsapp, warning parents of a suspicious vehicle that was reportedly trying to kidnap young girls. “This is the serious, I’m talking about Grahamstown,” the speaker urged. The speaker added that they were currently at the police station, and warned others to be vigilant. Grocott’s Mail further investigated the claims made in the voicenote and confirmed that the speaker did not open a case with SAPS.

SAPS Spokesperson Captain Mali Govender said, “No criminal case has been opened for investigation. An enquiry is under way. As soon as this became known to SAPS, it was circulated.”

Claims about the alleged suspects in the vehicle remain unfounded, nor is there any known information about recent cases of kidnapping, child abductions or human trafficking in Makhanda (Grahamstown).

Recent claims in regional media alluding to purported incidents in the Eastern Cape were later corrected and labelled as “confused”. The truth is that there are no accurate figures about human trafficking in South Africa.

In 2013 Africa Check debunked the myth that 30 000 children were ‘trafficked’ into the country each year, labelling the claim as “exaggerated”. In 2017 they published a factsheet about trafficking around the world. The factsheet stated: “At present there is no systematic research available that provides comprehensive insight into the prevalence or patterns of trafficking into or out of South Africa or the Southern African region.” There are no current numbers for 2018, nor do the 2017/18 national crime statistics provide information into cases of trafficking, kidnapping or abductions.

With a gap in both national and international data, the spreading of misinformation comes easy. However, the consequences faced by small communities are severe. Iain Reid, Principal Psychologist at Fort England, warns of the potential for misinformation to cause mass hysteria and panic.

“While it is a very real social concern, there have been several social media posts over the past few years exaggerating the scale of the problem. For example, one well circulated Facebook post claimed a child was kidnapped every 30 seconds in South Africa – that would amount to over a million child kidnappings a year,” said Reid.

“People often forward these posts without considering their reliability.”

Reid stated that rumours can start in a number of ways but seem to lack the facts. He added that they are “either baseless, in relation to an unrelated incident, or over a person’s temporary unknown whereabouts”.

“[With] the publicised threat regarding human trafficking and lack of clear information regarding the phenomenon, the rumours may be spread rapidly via social media and thereby create general panic in communities.”

What should you do if you’re concerned?

Grocott’s Mail did some research into what members of the public can do if they see something suspicious.

First, before posting to social media, report the incident to the police. Govender said information may also be reportedly anonymously.

“If they see something that is suspicious they can get as much detail as possible and contact the local SAPS. The local security companies are also very helpful in this regard,” said Govender.

In the case of the claim made in the Whatsapp voicenote, SAPS would have wanted some more information.

Govender stated that the vehicle’s registration, colour, make, number of occupants and their description would be useful.

“Where is the vehicle parked? Give us a landmark to help us locate the vehicle. Please leave us a contact number if possible. You [are]under no obligation to do this, [but]we may need to contact you. We often receive hoax calls and need the caller to identify him/herself,” she said.

“What do you find suspicious? Give us a reason, it helps. We will have an emergency vehicle dispatched.”

In relation to alleged claims of trafficking, kidnapping and abductions, we spoke to The Pink Ladies, an NGO that works with SAPS to locate missing persons and reunite them with their families or caregivers. Residents may recognise The Pink Ladies from their uniquely pink posters.

“Our information for the most part comes directly from parents/caregivers, which is then also reported to SAPS and verified with them,” said Director Jacqui Thomas.

Thomas stated there was no 24-hour waiting time to report a missing person, as rumoured by some. “Search the immediate area where the person went missing from, then notify SAPS and obtain a case number,” she said. By visiting The Pink Ladies website, members of the public can then fill out a permission form, which allows The Pink Ladies to work alongside the SAPS investigating officer.

Grocott’s Mail urges residents to be vigilant and proactive in reporting information to the local police.

“These unfounded rumours/hoax claims are severely detrimental,” said Thomas. “[They] take up precious resources and time, which are vital in missing persons cases.

“Forwarding unverified claims with scant information is scaremongering and only serves to created panic among an already fearful population.”

Though 2018 may be the ‘age of information’, it is also the age of ‘misinformation’ and fake news. By knowing the facts and reporting concerns, residents can work to make their communities safer and less vulnerable to rumours and unfounded claims.

For more information about topics discussed in this article please visit SAPS, The Pink Ladies and Africa Check online.

Previous ArticleHero of the week: David Blenkinsop
Next Article The ‘war’ on cancer