Hero of the week: Lauren Ranger 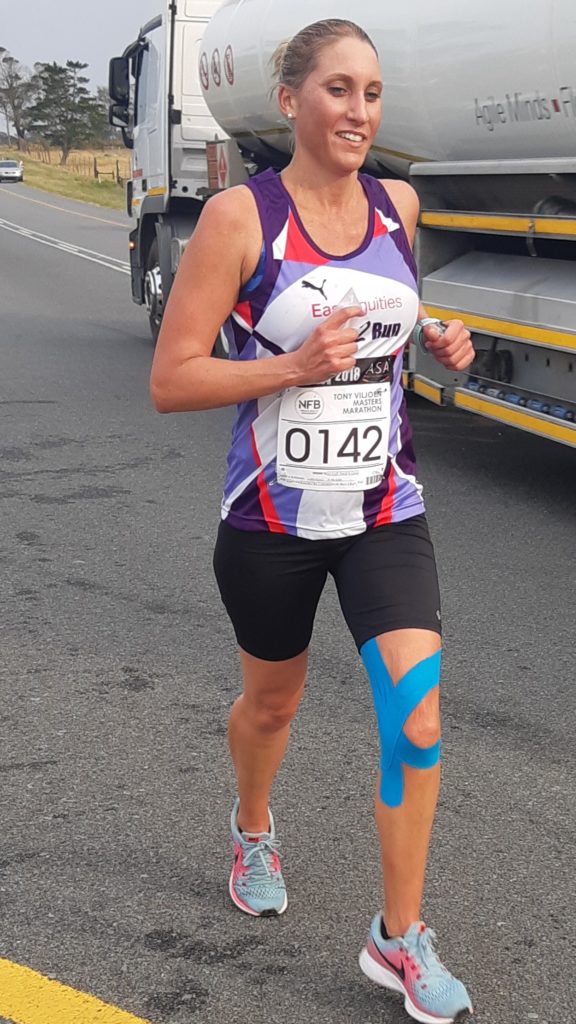 Lauren Ranger is a young woman from a superb sporting family and it is no surprise that she excels to her chosen field of road running.

On Sunday 2 September, at the Tony Viljoen Masters Marathon, spectators were treated to a special performance by the talented young athlete.

In April of 2017, Ranger ran her first Two Oceans 56km in Cape Town. This after running an impressive personal best at the Buffs Marathon in East London, having ran a half marathon shortly before that.

However, at a half marathon in Port Alfred shortly after the Two Oceans, Ranger suffered a severe injury. With mere kilometres remaining she soldiered on to the finish. Not immediately evident was that she had developed two stress fractures to her pelvis.  It would result in months off running.

During  this period Ranger fell pregnant and in March 2018 gave birth to her second daughter, a gift to her and husband Murray.

It would not take long for Ranger to get walking, not too much later jogging, all the while being monitored for any signs of her injury flaring. She soon began training for a standard 42.2km marathon. After five and a half months of training, Ranger made it to the start line outside East London.

Within the final 14km of the race, Ranger climbed from fifth woman to third, before moving into second in the final 6km of the race. As she entered the finish at Beacon Bay Country Club, Ranger had moved into second, finishing astonishingly, in a new personal best time 3:10:33.

Legend has it that child birth improves a runners performance and Ranger has added credence to that belief.