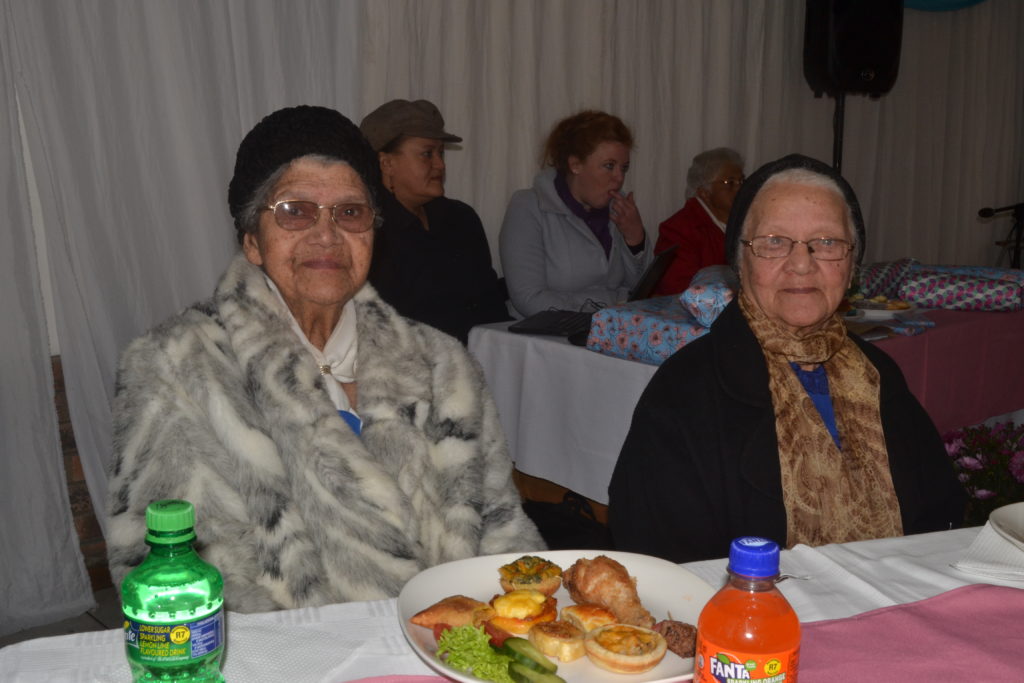 On Thursday 9 August, Joan Valentine and friends organised a Women’s Day at the Antique Centre to appreciate senior citizens of the community. They targeted old women from 80 years and above, and had at least six women over 90.

Joan saw a need to create a special event for these women, as she believe some of them are being abused by their grandchildren and end up with nothing for themselves. The idea started off when they raised funds in 2016 and took old people from McKaiser Old Age Home on a picnic.

With the money left from the picnic, they have been hard at work trying to raise funds for another special event.

This year, they received donation from Edgars, Lorenzo Shop and the community.

The saying goes, “It takes a village to raise a child” – and Valentine believes these women played important roles in raising the children of the community.

They made special certificates of appreciation and handed out at the event.

Staff from the Department of Social Development conducted a workshop and ice-breakers that got participants stretching their muscles and and moving their joints.

After the snacks, they had fun jamming to the sounds of a band named Sforzando – an Italian name meaning ‘very loud’.