The killer on our street 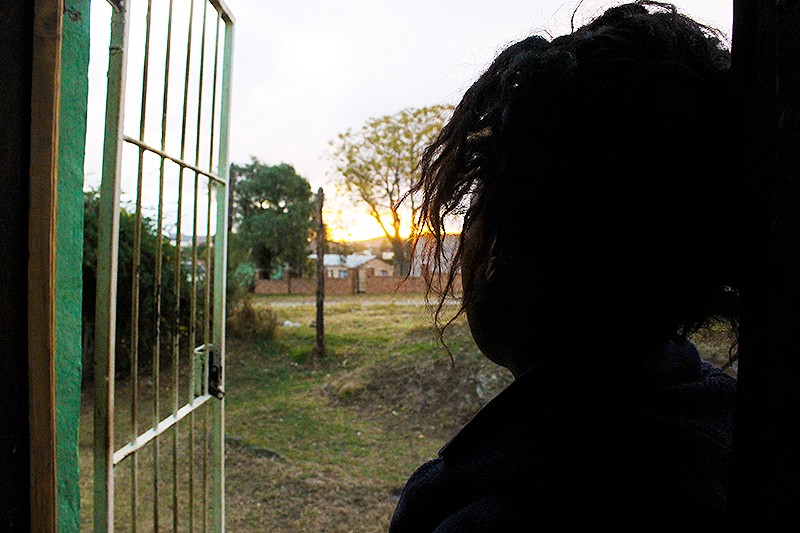 Call for action after drug-fuelled murder

A Grahamstown (Makhanda) magistrate has called for the return of specialised police units after sentencing a young man who, in a drug-caused psychosis, bludgeoned to death a close family friend and neighbour. The murder was carried out with extreme violence, leaving such a gruesome scene that the seasoned criminal magistrate could hardly bear to look at the evidence photos.

Siphamandla Tawule, 21, was arrested on Christmas Eve last year after he ripped a cupboard door off its hinges and used it to beat his neighbour Nokuzola Kepentete, 63, with such force that he split open her skull. Tawule grew up next door to Kepentete in the C Street neighbourhood and she was like a second mother to him.

In his judgment on 25 June, Magistrate Tembela Mata cited some of forensic pathologist  Stuart Dwyer’s descriptions: her head was completely split open and crushed, and there were multiple crush injuries on all her limbs.

Mata said the real villain in the “extremely gruesome” murder was the fact that drugs are so freely available to young people on the streets of Grahamstown (Makhanda). He said it was the third case in two weeks he’d heard, in which drug cravings had fuelled young people to violent acts they would never have committed in a normal state of mind.

Mata said he believed Tawule when he said he hadn’t been himself when he killed Nokuzola Kepentete, a long-time family friend and parent figure.

“There is no way a person could be in their right mind and do something like that to another human being,” said Mata, who expressed horror at a society that gave children as young as 14 access to mind-altering substances that cause lifelong harm. Drug use had featured strongly in two other murder cases Mata had heard in the previous two weeks. One of those implicated was just 14.

Mata lamented the closure of the local and Port Elizabeth branches of SANCA – the South African National Council on Alcoholism and Drug Dependence and he called for the government to bring back specialised police units to tackle the proliferation of drugs that was directly linked to a spike in violent robberies and housebreakings.

“I am very concerned,” Mata told the courtroom. “This is just one case in which not only has a family lost their mother and grandmother, but the accused’s family has lost a son to drugs. He will be away from them for a very long time.”

He said such devastation by drugs of individuals and families was becoming increasingly common.

Are the police doing enough?

“We have to ask, what is happening?” Mata said. “How is it that our young people freely have access, that a child as young as 14 is being introduced to tik?

“People are selling drugs left, right and centre. Are the police doing enough? Is the community doing enough to make sure those who peddle the drugs are arrested?”

Mata related a recent case in which a mechanical engineering student, home for the weekend from university, attacked his grandmother with a panga in another “brutal and senseless” murder.

In the recent murders, Mata said, the attackers, desperate for their fix, had approached someone for money – either a relative, or someone in the street. When there was nothing to be had, the victims were attacked and murdered.

How is it that a child as young as 14 is being introduced to tik?

An increasing number of robberies, burglaries and assaults were related to addicts desperate for drugs cash.

“Innocent people are killed in their houses by people who can’t even remember committing the offence,” Mata said.

Tawule’s Legal Aid Board appointed attorney Katja Offerman said in her arguments for mitigation of sentence that during consultations, Tawule had expressed deep and sincere remorse.

“He doesn’t even know how it happened,” said Offerman, who spoke of the effects of mind-altering dependence-building substances circulating in the Grahamstown community. Tawule had been introduced to drugs including crystal methamphetamine (tik) and mandrax at the age of 16.

“The accused himself stands back in shock and horror,” Offerman said. “They had a good relationship – she was like a second mother to him. There was no hidden motive.”

Tawule left school after Grade 6. He lived at home with his mother and sister. His father lived in Grahamstown (Makhanda) but they had no relationship.

“The biggest culprit in this case is the drugs that are so freely available. They turn young men in our town into crazed human beings with no control. The horrendous murder that night was carried out by a person with severely diminished responsibility, who was not in control of himself at all,” Offerman said.

Kepentete had come next door to visit Tawule’s mother when he accosted her. He’d consumed alcohol and smoked six mandrax tablets.

“She died a painful death for having done absolutely nothing,” Mata said in his judgment.

“I couldn’t look at the photos because they are so graphic,” Mata said. “I am shocked by these senseless killings of innocent people by those who take mind-altering substances.”

Tawule was arrested on 24 December 2017 and had been in custody since then.

Mata sentenced Tawule to 15 years direct imprisonment, two conditionally suspended for five years. In mitigation, he’d taken into account that Tawule was a first offender and that there was no evidence the murder had been planned.

However, Mata said, “Young people are misled into thinking that drugs somehow go along with being smart or cool.

“Even though Tawule himself is a victim of the drugs that are sold so freely on our streets, when he took mandrax and alcohol that night, he made a choice and reconciled himself to losing criminal capacity.”

Mata said Tawula should use his time behind bars to advocate and inform others about the consequences of using drugs.

‘We are not the last family this will happen to’

“We still talk about her,” said a neighbour of Nokuzola Kepentete when Grocott’s Mail visited her C Street home on Sunday 29 July – more than six months after the murder that . Her eldest son, Nkosinathi Jordaan lives there, alongside a cousin and her young children.

“She was not someone who would just sit by herself – she was always with people. She always had a joke, always had a way to make us smile.

A family member spoke about the night of the murder.

“You know, after Siphamandla did that thing, when we asked him, ‘What did you do?’ you could look at his face and it was like he had no emotion. He told us, ‘That thing happened – but it wasn’t me.”

Outside the court on 25 June, Jordaan expressed shock.

Jordaan had spoken ahead of sentencing about the effects on the family of his mother’s death. At 63, she was a pensioner but held down a job as a domestic worker at a farm on the East London road.

“This was a terrible thing,” Jordaan said. “And it was not the first time he was violent. He once beat up his own mother. The whole family was afraid of him – even his aunt.”

Jordaan agreed with the magistrate about how readily available drugs are in the community.

“Not in our street, but in other streets in our area, there are a lot of people who sell drugs,” he said. What made it really easy to buy and sell the drugs was that dealers sold them from their homes.

“It’s not like you have to go and put yourself at risk out on the street,” he said. “Someone can just go and knock on a dealer’s back door. And it can be their neighbour.