Drugs and crime in Grahamstown (Makhanda) 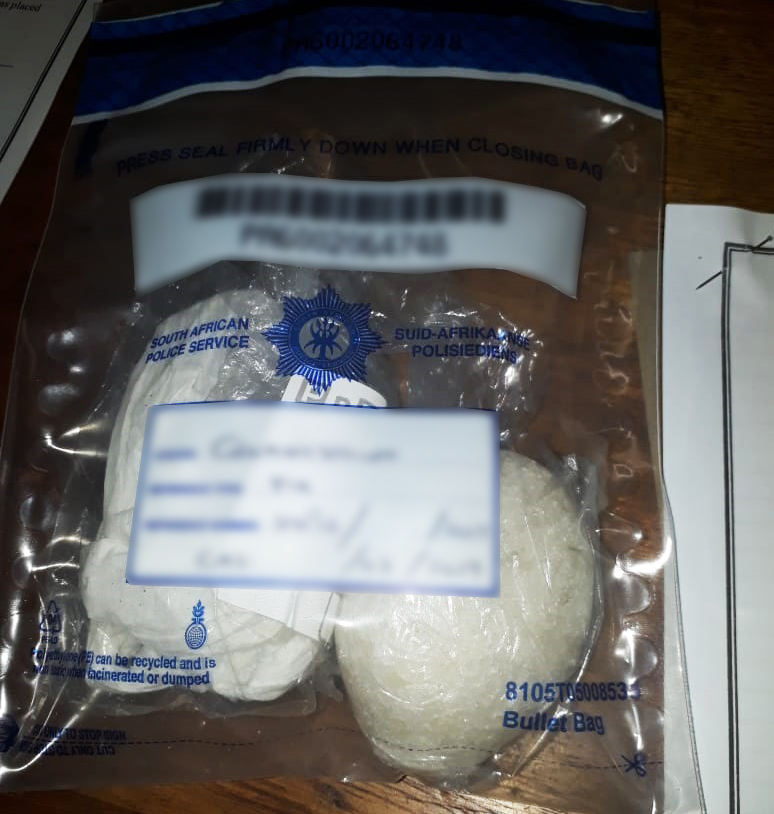 Robbery, theft and violent crime are some of the direct consequences of the drug trade.

Police make a strong and direct link between the drug trade and other crimes in in Grahamstown (Makhanda). A case in the Regional Court earlier this year dealt with two brothers accused of selling drugs from their family home in the city. Included in the evidence in was a report from SAPS Grahamstown detailing the effect on the community of the peddlers’ activities.

There was a marked increase in robberies in streets in the area, the report notes. “In most of these instances, knives were used to threaten victims.  This indicated an increased level of violence not previously experienced.”

Second, it was suspected that drugs were being sold through the fence of one of several institutions concerned with the education and the welfare of children in the area.

Finally, police say, residents and businesses are being robbed or burgled for moveable electronics such as cellphones, tablets, laptops and desktop computers, and these are bartered for drugs.

“Moveable electronics like cellphones, tablets, laptops and computers are being robbed or stolen in Grahamstown and then most often bartered for drugs,” the report states.

Fear of being exposed

“If the community brings information it helps a great deal,” Govender said.

However, fear of being exposed was what kept residents from passing on information about drug peddling in their areas.

Referring to the magistrate’s remarks in a recent case of a horrific drug-fuelled murder, She said the magistrate was right about the impact of closing Grahamstown’s SANCA office. It had had made the job of the police harder. “It’s a huge challenge for us,” Govender said. “When you have a specialist organisation close by, it’s a lot more easy to do referrals and create awareness.”

Drugs are definitely a contributing factor in these cases. Most have nothing to do with being poor: people are not stealing to eat, they’re stealing to support their social habits

She said there was a lot of ignorance about drug use.

“Families need to be educated because directly or indirectly, the community is affected by drug users. Pensioners are being robbed, murdered and assaulted – especially by tik addicts.

“Communities need to be educated on the warning signs.

“SAPS can’t do everything – our social partners need to assist to get families into a system where they can deal with the issues that drug abuse bring. When there’s a drug user in the family, it’s not only the user who is affected: the whole family becomes the victim.”

Govender said drug availability in Grahamstown (Makhanda) had spiked during the past five years, as had the incidence of violent crime, thefts and housebreakings.

“Drugs are definitely a contributing factor in these cases. Most have nothing to do with being poor: people are not stealing to eat, they’re stealing to support their social habits.”

Who’s using what in our town

Police spokesperson Captain Mali Govender said although the use of mind-altering substances is not exclusive to any socio-economic group, one could broadly predict which ones were more likely to be found in a particular section of the Grahamstown (Makhanda) community.

In more affluent areas, ecstasy and higher-grade mandrax were prevalent, as well as prescription medication including Ritalin, Stopaine and cough mixture.

“It’s absolutely correct that tik is associated with poorer communities,” Bond said. “There’s been a massive increase because it’s cheap and very easy to produce. It’s not a complicated recipe.

“Also Woonga, naope, heroin and an opiate based recipe that varies from region to region but includes ARVs. It’s mixed with cannabis or tobacco and smoked, or made into a liquid and injected.”

Dagga is a constant – “It’s very common as a standalone or co-morbid.”