DSG Hockey Tournament a success despite the weather 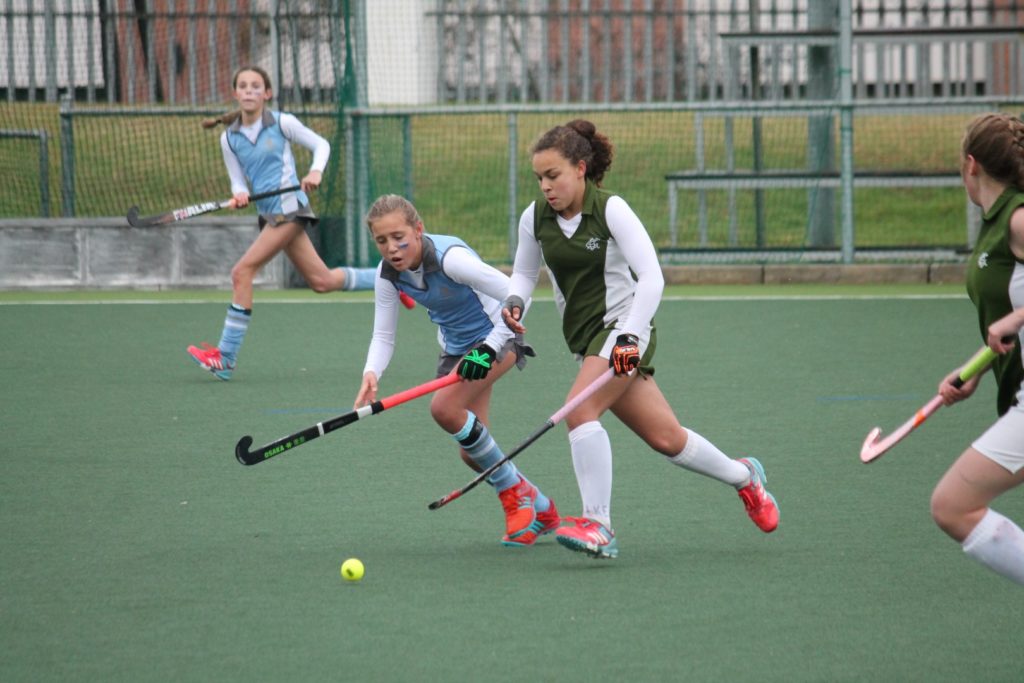 Cally Still of DSG's U14 A side on the attack against St Cyprian's in their host Invitational Tournament. Photo: Supplied

Diocesan School for Girls (DSG) hosted their annual U14 A Hockey Invitational Tournament over the weekend of 10-12 August, in front of an enthusiastic and loud crowd. Fourteen of the best hockey schools from across South Africa travelled to Grahamstown (Makhanda) to compete in the prestigious tournament.

Despite the rainy weather on Friday, the first round commenced with several thrilling matches at Webster and Kingswood College Astroturf. C & N Meisieskool Oranje (Oranje) dominated the first round, winning all their matches and finishing top of their pool. DSG managed to secure one win against Pearson, a draw against Somerset College but lost to Oranje and St Cyprian’s School. The day ended early, causing some matches to be postponed due to the heavy rain.

Saturday saw many nail-biting matches as the young teams battled for a spot in the quarter-finals. DSG managed to secure wins against York High School and, town rivals, Victoria Girls’ High School, however, went down 1-3 to Clarendon and only managed a draw against Oakhill. The day ended with Pearson, Collegiate, Clarendon, Bloemhof, St Mary’s Waverly, Woodridge, St Cyprians and Oranje proceeding through to the quarter- finals.

The sunny skies on Sunday set up an exciting final day of the tournament. After an intense round of matches, St Cyprians, Oranje, St Mary’s Waverly and Woodridge would battle it out for a place in the finals. After an evenly matched game, St Cyprians walked away with a 1-0 win against St Mary’s Waverly. Oranje was no match for Woodridge, who earned a secure 5-1 win.

The stands were packed ahead of the final match. Both teams showed great effort, however, Oranje managed to secure the first and only goal of the match, thus being crowned champions of the 2018 U14 A Hockey Invitational Tournament.

DSG Coach Rose de Bruin expressed her pride for the young DSG team. “DSG had a tough start to the tournament, which put them in a position we did not want to be in, but it was definitely a good learning experience for the girls. However, they have a lot of potential for future tournaments.” Overall, it was another successful tournament that showcased the young talent.