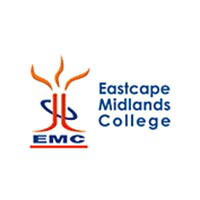 Eastcape Midlands College suspended academic activities for one day on Monday 30 July on all its campuses, including its Grahamstown (Makhanda) branch, because of protests. This comes as it emerges that hundreds of students have NSFAS funding backlogs from 2017.

Spokesperson Elmari van der Merwe confirmed to Grocott’s Mail that while student protests had been confined to the Uitenhage branch, the suspension of academic activities had been campus-wide.

This, Van der Merwe said, was to address the issues raised by students at the highest level.

“Report 191 students did, however, continue with writing national examinations at all campuses.”

Van der Merwe said resolutions were taken regarding a number of concerns raised by students at an amicable meeting between the Executive Management and the Student Representative Council.

“These include amnesty from 80% class attendance for May and June, when students were unable to attend classes due to a bus strike and bursary allowances not paid in time,” Van der Merwe said. “The request was approved.”

Other matters discussed, were outstanding NSFAS allowances for 2017 and 2018.

“Major dissatisfaction exists among students, as there are still 1 665 students awaiting money for the 2017 funding year,” Van der Merwe said.

“A number of these students’ schedule of particulars (SOPs) have been generated, but payment by NSFAS is still outstanding. A large number of SOPs have not been generated by NSFAS which results in students not receiving bursary funds since 2017.”

Van der Merwe said the EMC Management was committed to resolving all challenges raised by students, and was in continuous communication with NSFAS and students regarding progress.