Inflation continues to be lower than expected 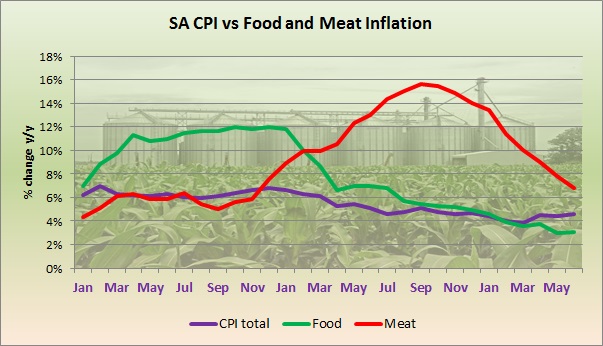 The March consumer inflation data surprised on the downside as most economists had expected the February data to be the low point in the current inflation trajectory, so the consensus forecast was for a rise to 4.1% y/y from February’s 4.0% y/y. Instead the inflation rate eased to 3.8% y/y in March as annual food inflation slipped to 3.6% in March from 3.9% in February and 12.0% in December 2016.

It was rich carnivores that kept inflation elevated in the second half of 2017 as meat inflation was in double-digit increase territory even though the rate moderated to 14.0% y/y in December from 14.9% y/y in November, 15.5% y/y in October and 15.6% y/y in September. The richer you are, the more meat you consume. Meat inflation is moderating in 2018 and eased to 6.8% y/y in June from 11.4% y/y in February.