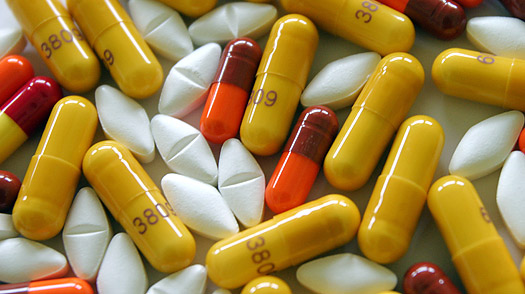 The number of new HIV infections (incidence) significantly declined in 2017 compared to findings of a similar survey conducted in 2012. This decreasing trend is consistent with the previous estimates of HIV incidence. This is one of the main findings of the South African National HIV Prevalence, Incidence, Behaviour and Communication Survey, 2017, officially launched Tuesday 17 July by the Minister of Health, Dr Aaron Motsoaledi at the National Department of Health in Pretoria.

The launch of the survey was chaired by Human Sciences Research Council (HSRC) CEO Prof Crain Soudien and Co-Chair Professor Helen Rees, the Executive Director of the Wits Reproductive Health and HIV Institute (Wits RHI) of the University of the Witwatersrand, who was the Chair of the Review Panel of the survey report.

The 2017 survey is the fifth wave of a series of cross-sectional studies conducted by a consortium of scientists led by the HSRC, including the South African Medical Research Council, National Institute of Communicable Diseases and research agencies. Previous studies were done in 2002, 2005, 2008 and 2012. HSRC’s Deputy CEO of Research Professor Leickness Simbayi who is the Overall Principal Investigator (PI) of the survey says: “HSRC has a long history of undertaking population-based surveys on HIV/Aids in the country.”

As in previous surveys data were collected on not only the HIV status of individuals, but also information on socio-demographic and behavioural factors that greatly enhanced the analysis and interpretation of the observed trends in HIV prevalence (the proportion of people living with HIV in the country) and HIV incidence (new HIV infections in a given year). The data from the 2017 survey serves as critical benchmark figures for the evaluation of the National Strategic Plan (NSP) 2012-2016 and also the baseline for current one.

The population-based cross-sectional survey of households in South Africa was conducted between January and December 2017. Over 33 000 people were interviewed and almost 24 000 agreed to be tested for HIV.

The survey found that there has been a significant decline in the HIV incidence rate at 0.48%. This translated to an estimated 231 100 new HIV infections in the country in 2017. Although still high, this was a decline of 44%  from an incidence rate of 0.85%  reported in the 2012 survey. The HIV incidence rate was generally higher among females aged 15 to 24 years old where the number of new infections was three-times that of their male counterparts.

The survey found that  over 60% or an estimated 4.4 million people living with HIV (PLHIV) were on antiretroviral treatment (ART). It was also found that viral suppression was  87.3% among PLHIV who were on ART, with females generally being more likely to be virally suppressed than males among those aged 15-64 years.

“This suggests that progress is being made in increasing ART coverage, however more needs to be done to link those who test HIV positive to care as soon as they are tested,  in line with the current policy of test and treat,” said Dr Sizulu Moyo of  the  HIV/Aids, STIs and TB (HAST) Research Programme in the HSRC  Research Programme and one of the Co-PIs of the study. Furthermore, although viral suppression is high among those on ART, not  everyone who is living with HIV is on treatment, and consequently only 62.3% of all PLHIV irrespective of treatment were found to be virally suppressed.

The study found that South Africa had made some progress in addressing the HIV epidemic as reflected by some key HIV indicators. In terms of the UNAIDS 90-90-90[1] targets, the study found that 85% of PLHIV aged 15 to 64 year olds have tested for HIV and know their HIV positive status, 71% of this sub-group are on ART, and  86% of the group on ART are virally suppressed. “This shows that the country has made significant progress towards reaching the 90-90-90 targets,” says Dr Edmore Marinda of the Research use and Impact Assessment (RIA) Unit in HSRC, one of the Co-PIs of the survey.

As expected there is an upward trend in HIV prevalence which is explained by the reduction in HIV and Aids related deaths and additions of new infections that are still occurring. Approximately 7.9 million South Africans were living with HIV in 2017.

The study also found that HIV prevalence peaked at 35 to 39 years of age for females and 45 to 49 years of age for males. HIV has risen sharply for women 60 years and older compared to males, where the figures have remained constant.

According to Professor Khangelani Zuma the Executive Director of the HAST Research Programme in the HSRC “This shows the overall aging profile of PLHIV, which is mainly as a result of the successful implementation of ART programme, resulting in fewer deaths and therefore PLHIV living longer.”  However, high infection levels (7.9%) among youth aged 15 to 24 years is still concerning. The top three provinces with the highest HIV prevalence were KwaZulu-Natal, followed by the Free State and the Eastern Cape. The bottom three affected provinces were Limpopo, Northern Cape and Western Cape being the least affected. However compared to 2012 substantial increases in HIV prevalence were observed in the EC and WC.

The study also found an increase in the number of men who are medically circumcised,  rising from 18.6% in 2012 to 30.8% in 2017. Prof Simbayi says “Although this is encouraging, this finding highlights a need to continue promoting and creating demand for voluntary medical male circumcision with an immediate target among males in the 15-34 year old age group.”

In terms of risk behaviours the study found that consistent condom use was low, early sexual debut (sex before the age of 15 years) especially among males increased compared to 2012 and over a third of young women had sexual relationships with older men.  “It is concerning to find very little behaviour change seems to have occurred since 2012.  This suggests that most of the reduction in new infections was likely due to the impact of the expanded ARV treatment programme” says Dr Mpumi Zungu also of the HSRC’s HAST Research Programme and a co-PI of the survey.

Finally, the survey found that Social and Behaviour Change Communication campaigns implemented by Soul City, Centre for Communication Impact (CCI), LoveLife and Community Media Trust campaigns are reaching South Africans.  People who were highly exposed to these campaigns reported higher HIV testing, condom use and correct knowledge of HIV compared to those who had lower or no exposure.

In summary, the findings of the report underscores that the country is on the right track with an increase in HIV testing, medical male circumcision and the provision of ART.  However, there is a need to increase HIV testing and treatment especially among males as well as among younger age groups.  In addition, other biomedical, behavioural, social, and structural prevention interventions are needed to reduce the high rates of new HIV infections.

Surveys of this nature are conducted to inform SANAC, all government departments, civil society, labour, business, donors, traditional leaders and, more importantly, individuals about the current picture of HIV/AIDS in the country in order to make informed decisions which involve them. “Government and other stakeholders involved in shaping policy around HIV treatment and prevention programmes will hopefully benefit tremendously from the findings of this survey,” concludes Prof Simbayi.

This survey has been supported by to the President’s Emergency Plan for AIDS Relief (PEPFAR), whose funding we received through a cooperative agreement (Grant Number 5U2GPS000570) with the USA’s Centers for Disease Control and Prevention (CDC), because without their financial support the study would not have been possible. The survey findings are solely the responsibility of the authors and do not necessarily represent the official views of CDC. Additional financial support came from Global Fund to fight AIDS TB and Malaria through the South African National AIDS Council and Right to Care; Soul City; loveLife and the Centre for Communication Impact.

The HSRC is also grateful for the support it receives from the Department of Science and Technology.