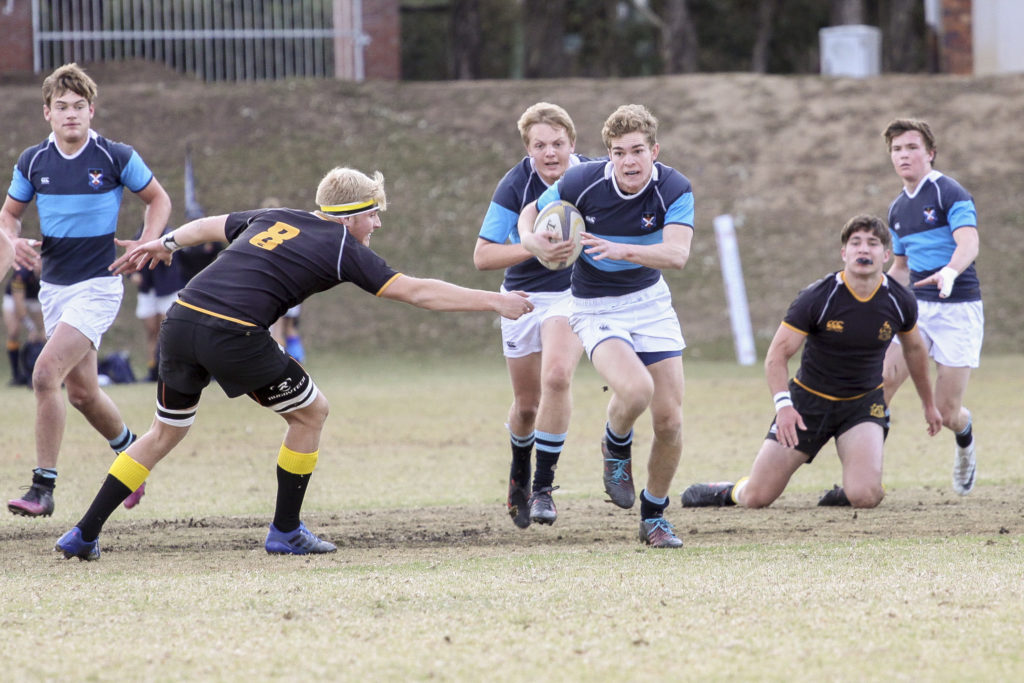 Kingswood College played host to 13 other sides as the 35th Independent Schools Rugby Festival kicked off on Saturday 23 June. The Festival would take place over five days, with three matchdays on 23, 25 and 27 June.

Kingswood’s first match kicked off on Saturday 23 June, when they took on Bishops, who went ahead 12-0 with two tries early in the match. Anele Makongolo scored a penalty for Kingswood just before the break. After a tight affair in the second half, as well as a Bishops try in the latter part of the first half, Makongolo converted his own consolation try in the last play of the game, resulting in a 19-10 Kingswood loss.

St Andrew’s first game was against Kearsney, which they lost 17-25.  SAC played a much better game in the second half, but there was just not enough time for them to catch up to Kearsney, who had lead 0-10 at half time. Despite an impressive fight back, the local side were unable to surpass the mighty Kearsney side.

Kingswood’s next task would be the very same Kearsney side on Monday 25 June. Kingswood scored the first converted try of the match early. Kearsney leveled soon, but Makongolo put Kingswood ahead with three points. Both sides managed to score once more before the break, as Kingswood went into half time 18-12 to the good. The second half was even more intense, as Kingswood’s Makongolo scored a converted try, before Kearsney score two tries of their own. They only managed to convert one of them, however, meaning that the final score ended 25-24 in favour of the hosts.

St Andrew’s scored a massive 33-3 victory over St David’s on Monday afternoon. They went into their last match of the festival full of confidence after this victory. SAC went up against Hilton College on Wednesday 27 June. The local side did well to come back into the match, as Hilton had moved out into a 10-12 lead at half time. Despite going into the lead early in the second half, SAC could not hold onto their lead, ultimately succumbing to a 17-19 defeat against the side from Kwa-Zulu Natal.

The last match of the festival saw the hosts, Kingswood, defeat Clifton 15-14. Kingswood went into the lead early, with two tries, only one of which were converted. This would cost them, as two converted tries put Clifton into the lead. Makongolo, however, secured the victory for the hosts with a penalty kick, as the visitors failed to capitalise on a number of opportunities before the final whistle.

Kingswood ended the festival winning two out of their three matches, while St Andrew’s managed a single victory. It was overall a very successful and enjoyable festival for all.