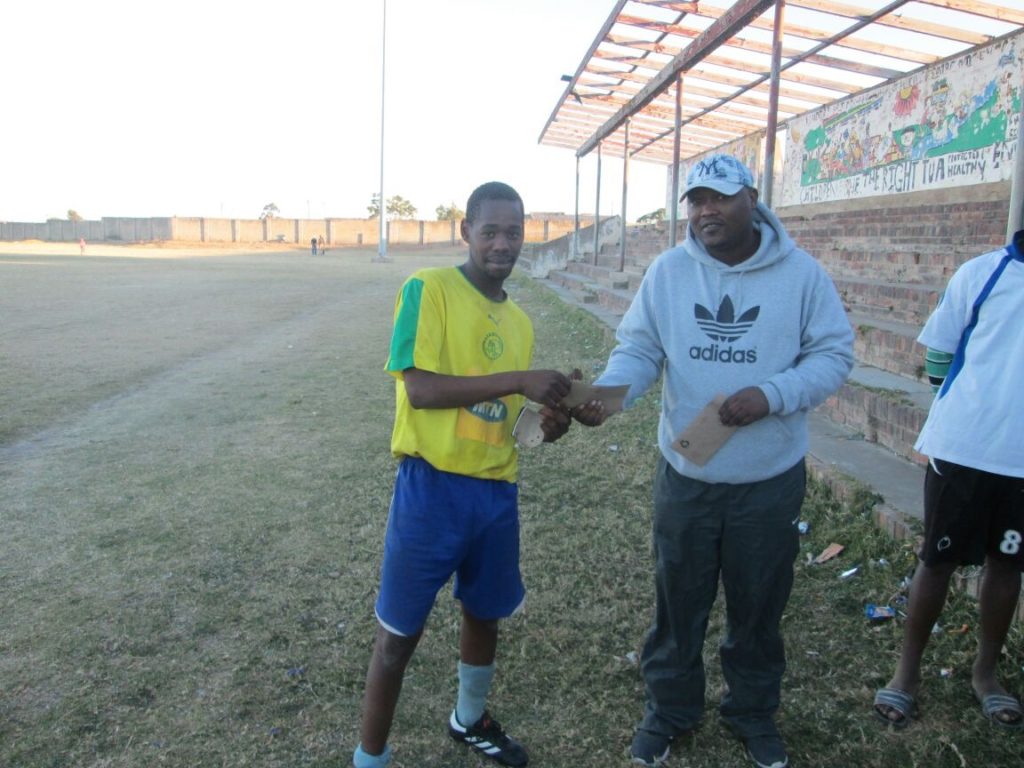 The perfect Sunday weather made it easy for the football fans to come in numbers and witness the conclusion of the end of season tournament organised by Eleven Attackers FC on 24 July. Ten teams participated with each team contributing R500 through registration.

The teams were divided into two groups consisting of five teams each, with the top two teams from each group proceeding to the semi-finals. In the first semi-final, Sakhulutsha beat Snqawunqawu FC 1-0, while Maru beat hosts Attackers 4-2 on penalties after both teams were locked at 1-1. In the battle for third place, Snqawunqawu beat Attackers 5-4 on penalties following a goalless draw at full-time. Sakhulutsha then clashed with Maru in the grand final.

The game started at a high pace, with both teams trying to gain an early advantage. It was very tight and hard fought game with each team creating a number of chances. Sakhulutsha got an early advantage when Bongani Hashe headed in a very good cross that left the goalkeeper well beaten. Maru created chances of their own and were unfortunate to go to the halftime break still trailing.

The game got even tougher in the second half after both teams made a number of substitutions. It was Sakhulutsha’s substitute, Andile “Torres” Bacela, who turned the game in his team’s favour. Both teams created chances, however still failed to make any difference in the score board. The game ended to the delight of Sakhulutsha, who walked away with the trophy and R3000, while Maru got R1500 for their efforts and Snqawunqawu FC received R500.

Lundi Xabanisa was voted player of the tournament. Man of the match in the final, Luthando Booi, said, “I am happy with my contribution in this game as it was a very tough game and credit must go to our opponent”.

Sakhulutsha coach, Siyabonga Masinda, said, “it was a tough game but we are happy with how we have played throughout this tournament. I think such tournaments are helping our players a lot and this will serve as a consolation to my players, as we won the league in the 2013/14 season but never got our prizes from the LFA until today,” said Masinda.

Maru’s spokesman, Siya Mize, said, “it was a tough final but our players tried their best against a well trained team full of running and we congratulate them for this achievement”. Attackers team manager, Afika Adam, thanked all the participants and fans who supported the tournament and congratulated the winners.