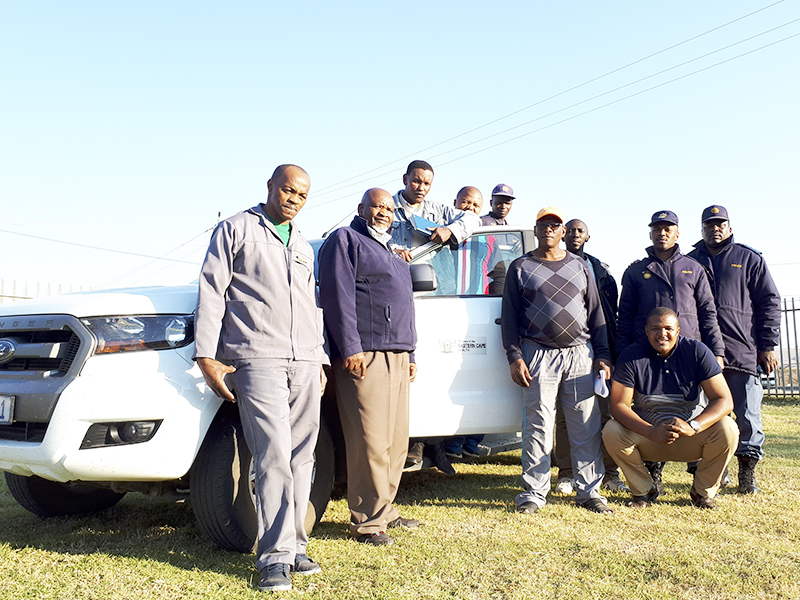 With the winter traditional initiation season under way across the Eastern Cape, Makana Municipality is carrying out its mandate to monitor initiation schools within its jurisdiction. This week, a combined monitoring team including police, councillors, community development workers and ward committee members, along with the district’s designated medical officer, began a series of visits to the six initiation schools currently under way in Grahamstown.

In line with the Eastern Cape Customary Male Initiation Practice Act, Makana Munuicipality has established a Local Initiation Forum. According to the Act, this should be led by a traditional leader of Council Speaker. Makana Speaker Yandiswa Vara has delegated her statutory role to Ward 2  councillor Ramie Xonxa.

“I have made a conscious decision to respect the custom… it is in the best interest of the Forum to have an individual who will have access to all the facets of the initiation programme,” Vara said. Women are strictly prohibited by custom from visiting initiation schools.

There have been no deaths or serious injuries of initiates reported in Grahamstown in recent years, and Xonxa explained that Makana has a forum for traditional initiation that brings community members and practitioners together.

“The traditional surgeons and traditional nurses are registered in the area where they practice,” Xonxa said. “The community will pick up straight away if you are bogus, or not registered.”

Xonxa said he believed the deaths and mutilations some initiates suffered were as a result of charlatans “wanting to make cash out of customs”.

The Makana Local Initiation Forum had the responsibility to ensure that everything is in order at the sites, Xonxa said. When the December 2017 initiation season ended, Makana hosted a workshop at BB Zondani JHall for traditional practitioners, to make them aware of the new legislation.

“Once approved, the Bill will provide acceptable norms and standards in conducting these customary practices. It will deal with the abuse of the initiation practice, which has seen a number of young boys dying in initiation schools,” said Cabinet in a statement last Thursday.

“The ward councillor must sign their application, and they have to provide a certified copy of their ID to prove they are 18 or older,” Mka told Grocott’s Mail.

He said 24 propsective initiates had registered in Grahamstown for the winter season.

“They are not necessarily all at the sites yet though,” Mka said. “We will see when we go there.”