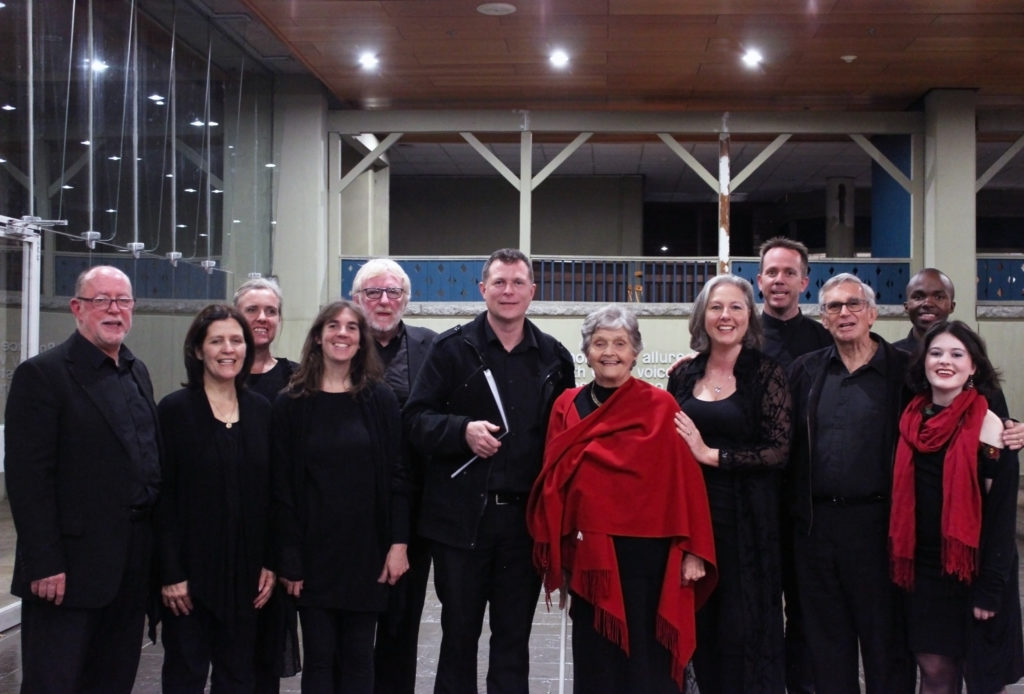 Local vocal group, Byrdsongs, had a particularly important member of the audience at their concert at The Monument on Saturday evening (2 June). Their programme included Three Spiritual Nocturnes by celebrated South African composer, Peter Klatzow, which was commissioned by three sisters in memory of their mother, Elsie Fraser Munn. One of the sisters is Grahamstown resident and former Rhodes Music Department lecturer, Ishbel Sholto-Douglas, who was in the front row for the performance.

This is the third time that Ishbel has heard the piece live. She said, “It was a superb interpretation. It was more relaxed and exuberant than others I’ve experienced.”

Elsie Fraser Munn spent her career working tirelessly for the promotion of western music throughout Africa. She established the Zimbabwe Academy of Music (then Rhodesia) in 1934, worked in Zambia in the 50s and 60s where she began The Central African Conservatoire of Music and spent many years in Ghana where she developed a lasting interest in African music. She finally moved to Cape Town and taught at the College of Music at UCT until her retirement. Wherever she went, she taught aspiring musicians, trained and conducted choral groups and promoted visiting and local performers. She died in 1999 aged 93.

Ishbel says that she and her sisters took some time deciding how best to honour the memory of her remarkable mother but, in the end, music seemed the best idea. She was particularly delighted that the piece had been brought to life again on her own doorstep.

“It was lovely to hear it in Grahamstown – both other times have been in Cape Town. Often with commissioned pieces they get performed once and then aren’t heard of again. It was a special and moving experience and a lovely tribute to my mother.”

There are other connections between Ishbel and the choir. She taught both basses – Paddy Donnelly and Mike Skipper – while they were Rhodes students. Mike is now Director of Music at St Andrew’s and DSG and says, “Ishbel taught me everything I know about school music”.