Selborne get the better of SAC 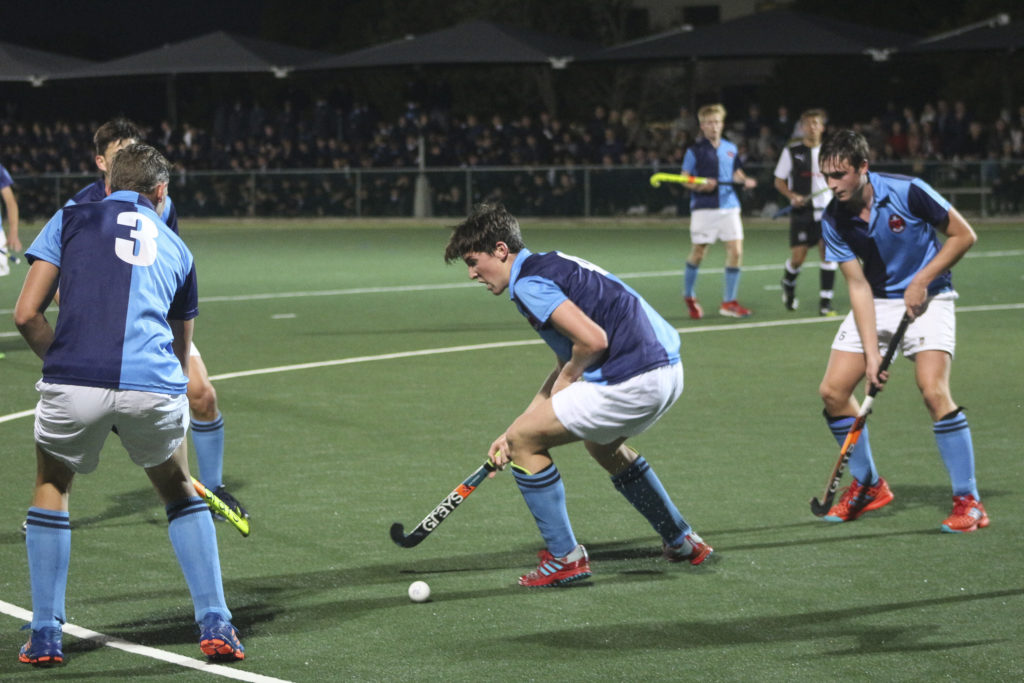 St Andrew’s College hosted Selborne in various hockey matches on Friday 25 May. Melbourne got the run of results in the derby matches, with only the St Andrew’s Second Team managing to pick up the victory.

The First Team went 2-0 up in the first half, but were not as dominant as they would have liked to have been and their usual clinical passing game was well under par. The second half saw the SAC side give away far too much possession to an excellent Selborne midfield. This put the St Andrew’s defence under increasing pressure and although Dan Erasmus, making his 1st XI debut, made some excellent saves the continued pressure was too much and SAC conceded goals to finally lose the match 3-2.

The St Andrew’s U14 B lost 3-1 to Selborne having had the upper hand in the early stages of the match. However, Selborne slowly established some dominance and their victory was a fair reflection of the game.

The U14 A were 3-0 down and struggling against a stronger, more physical Selborne team. Inspirational play from Anthony Baker and Nick Lane gave the team encouragement to get back into the match and finish strongly but unfortunately could not score the equaliser, losing 3-2.

The U16 D also had a terrific fight back after going 5-0 down in the first half. The team were completely dominant in the second half and although could not find the net, they kept Selborne on the defensive for the entire second half. Africa Matshingana was instrumental in creating attacks, and Aubrey Chauke and Rowan Rosenberg were solid in defence.

The U16 C’s had an excellent and evenly contested match against their Selborne opponents, drawing 0-0. Tom Harper and Jeffrey Carle were excellent in defence, and Daniel Pezarro and Andrew Mackenzie were hard-working in both defence and attack. The U16 B’s struggled against a well-organised Selborne team and had to defend for most of the match, finally losing 3-0.

The U16 A side drew 0-0 in a tightly contested match. The Fourth and Third teams both lost 3-1 and the 2nd XI won 3-1, with some excellent midfield control and hard-running from the forwards.