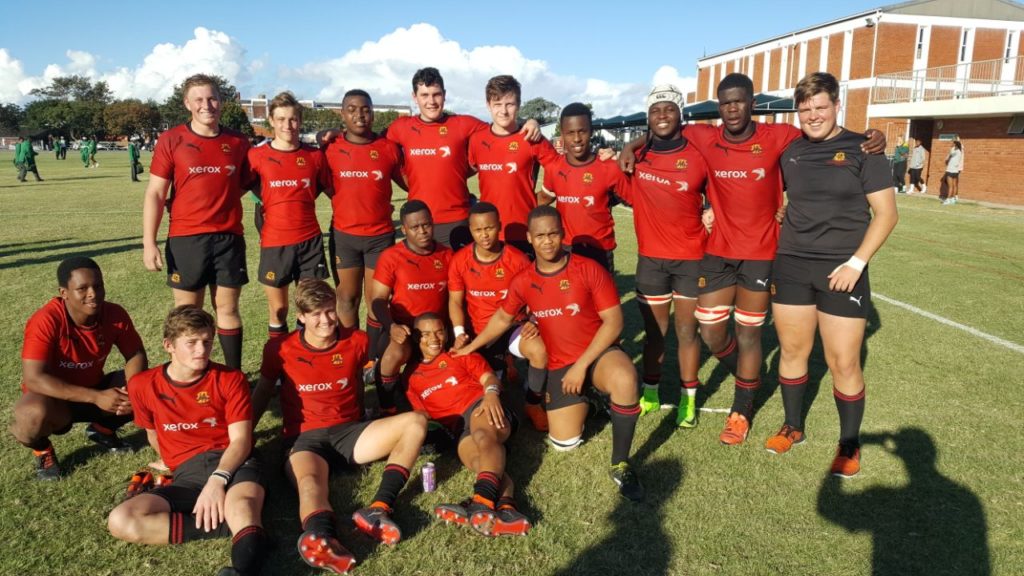 A triumphant and passionate Kingswood College 1st XV team after their game against Stirling. Photo: Supplied

Kingswood College travelled to East London for the second week in a row, this time to take on the highly revered Stirling High School.

The game was a back-and-forth battle in the first quarter with Stirling looking the more dangerous. However, Kingswood crossed the line first with an outstanding team try, finished by Sandiso Charles and converted by Jared Manus. Stirling retaliated and started using their immense forwards to wear down a very passionate Kingswood defence. The Kingswood defence finally broke and Stirling scored a converted try of their own and added a penalty to lead 10-7 at half time.

The second half was filled with plenty of scrappy play until Kingswood capitalized on one of Stirling’s mistakes to score a try through Abo Klaas, which was once again converted my Manus with 10 minutes to go. Stirling fought back once again by putting a lot of pressure on the Kingswood defence and scoring their second converted try with 3 minutes on the clock, making the score 14-17 to Stirling.

Kingswood kicked off and managed to regather the ball and keep possession for over 10 phases. Patience and clever decisions created space for Jeff Mutuku to break through and score a try with 1 minute on the clock. This resulted in a fantastic 19-17 victory for Kingswood against a very strong Stirling side.