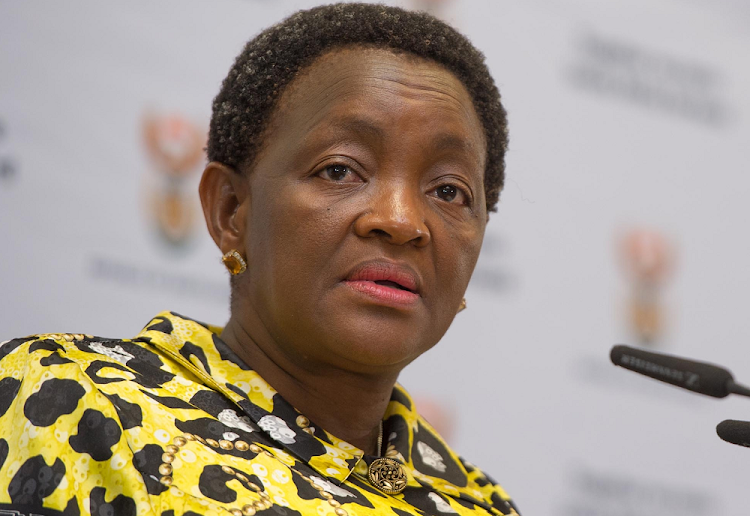 Before leaving the podium at the 11 April funeral of Winnie Madikizela-Mandela, the Minister for Women in the Presidency, Bathabile Dlamini, in her capacity as president of the ANC Women’s League (ANCWL), reminded the nation that South Africa will one day have a woman president. Her certitude comes in the wake of a bruising defeat at the ANC’s 54th National Elective Conference, where women secured only a single seat in the party’s top six positions.

For the oldest revolutionary movement on the African continent this does not augur well. However, Dlamini’s determined stance is something to note, as is the fact that gender parity is clearly articulated in the constitution of the ANC. We have three rounds of elections due before 2030. Is there a possibility that the League’s vision of a woman president for South Africa could be realised within the next decade, or before the United Nations’ 2030 target for achieving gender equality in leadership positions? That is anyone’s guess, however, for Dlamini it is not only the numbers that matter, but also active participation in the echelons of power, and in this she includes everything up to the highest office in the land.

In gauging the likelihood, both of meeting the gender-parity deadline and getting a woman president, it may be useful to see how this country fares in relation to its SADC neighbours. In 2014, there was a general expectation within the SADC region that South Africa would be the first country to achieve the 50% gender-parity goal required by the SADC Protocol on Gender and Development whose initial deadline was 2015. Not only has South Africa failed to live up to this expectation, we have actually regressed from 44% to 41.8% (Inter-parliamentary Union, March 2018 Women in Parliament Report). While the detailed reasons behind this, is a story for another day, suffice to say that had it not been for the Affirmative Action Clause in the ruling party’s constitution, I believe things would have been even worse.

Given that it is only at ANC conferences where policies are discussed and adopted, and that there are only two such conferences due before 2030, how can women work towards achieving their objectives between those occasions. The first way is for the ANC Women’s League, between the conferences, to make the best possible use of the party’s highest decision-making body, the National Executive Committee. This body is empowered to elect a sub-committee to oversee candidate listing.

Here, my strong recommendation is for the ANCWL  to do everything possible to ensure that the NEC adopts what is known as ’ZEBRA’ listing of candidates to national parliament. This will immediately boost the proportion of women likely to be elected, as it ensures that there is a female candidate either in the first or the second position on every list of candidates standing for election and this strategy will put women closer to the highest office. There is scientific evidence that this approach works well. In Namibia, after adopting ZEBRA listing, the ruling South West Africa People’s Organisation saw a vast improvement from 26.9% women in parliament in 2009 to 41.3% in 2014.  Come 2019, with its female deputy president, Namibia is highly likely to be the second country after Zimbabwe to achieve 50% and above gender equality in its Members of the Parliament.

Here in South Africa we’ve missed two key opportunities: at the most recent ANC Policy Conference and at the 54th ANC Elective Conference. In the 2014 General Elections the first woman to appear on the ANC candidate list was in the fourth position. If the ruling party does not adopt ZEBRA listing and if it loses seats in the next general election it will be the women candidates, most of whom fall low down on candidate lists,  who fail to get elected, thus skewing gender representation even further away from the desired 50%. Not a very good example by the oldest liberation movement in Africa.

I trust that Minister Dlamini in her two prominent roles as Minister for Women and president of the ANC Women’s League will pursue the  vision she has articulated in the name of Madikizela-Mandela.