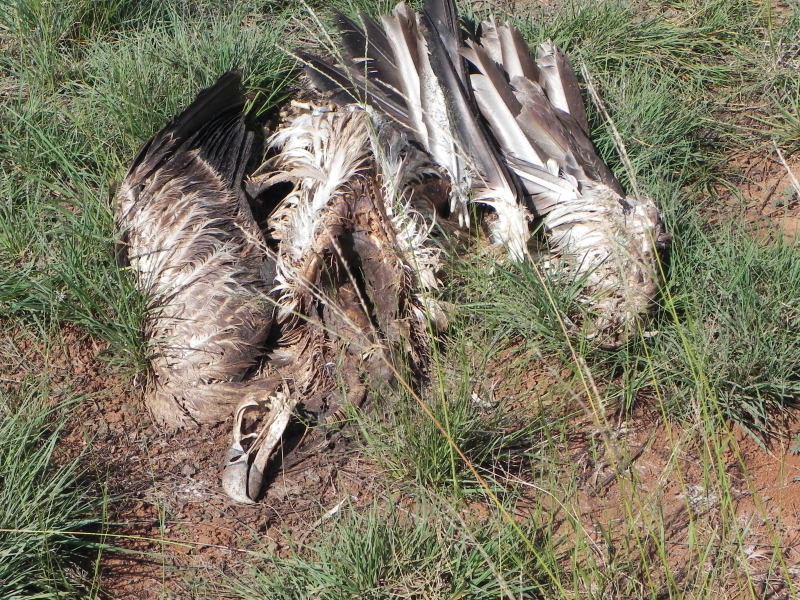 VulPro, an NGO that works to safeguard Africa’s vulture population through rescue and rehabilitation, has warned that unless urgent action is taken, South Africa’s electrical grid could be driving our endemic Cape Vulture(Gyps coprotheres) towards extinction.

This comes after VulPro recorded a total of 23 vultures of mainly the endemic Cape Vulture either having been killed or permanently damaged on power lines in the country during the month of April. Most incidents were recorded in the North West and Eastern Cape provinces. A VulPro power line survey previously pointed to a mortality rate of around three vultures per month.

“The tragedy of this latest unacceptably high tally is that it is possible to proof power lines to prevent these mortalities from happening,” said Said Kerri Wolter, founder and manager of VulPro. “For our team, the death by electrocution of the oldest of our captive-bred chicks, which was released last year on 8 November to help supplement the wild bird population, hit us particularly hard. The unsafe electricity grid should be seen as a priority for the survival, in particular, of the endemic Cape Vulture. We have a responsibility internationally to safeguard this iconic species.”

Cape Vultures are classified as globally endangered with fewer than 4200 breeding pairs left (putting them on par with the endangered black rhino which a population of around 5 000 animals). They are slow breeding, reaching maturity between five and seven years of age and laying one egg a year.  As the only endemic vulture species to southern Africa, they have already become extinct as a breeding species in Namibia, Zimbabwe and Swaziland.

While surviving vultures form part of a captive-breeding programme, the costs of sustaining them are high and the chicks that are released into the wild run the risk of further power line collisions and electrocutions.

Vultures travel vast distances in search of food, water sources, and breeding sites. They often use power line structures to roost on as these offer a safe, elevated, vantage point from where they can easily lift-off and climb thermals.  More often than not, power line related injuries maim birds for life, with no chance of being re-released back into the wild. Collisions usually result in broken wings and legs which may need amputation and/or pinning, whilst electrocutions nearly always result in fatality.

During the past three-year period, a total of 56 vulture fatalities were recorded during VulPro’s power-line surveys. Since January-December 2017, another 40 vulture fatalities were recorded. This indicates an average loss of three vultures per month due to power line incidents. In addition, since 2015, 422 vultures (Cape, White-backed and Lappet-faced) have been found by members of the public, land owners, and farmers, dead or injured due to power lines. These are only the cases which are reported to VulPro; the figure in reality will far surpass this.