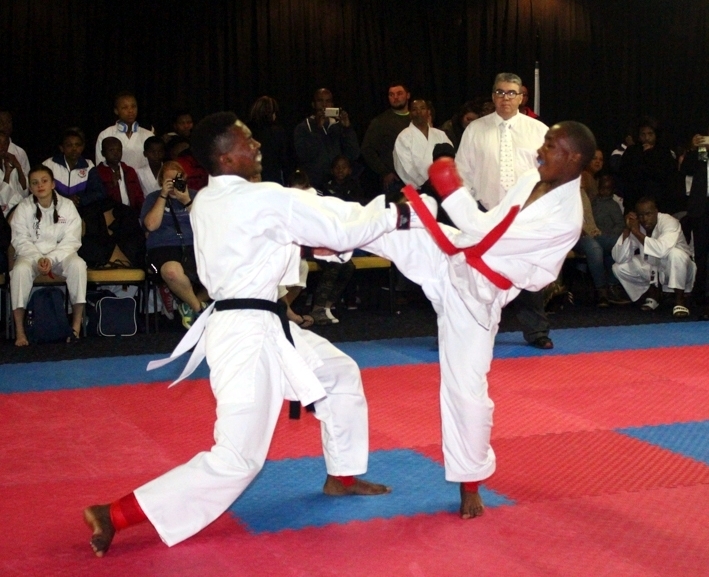 The United World Karate South Africa (UWKSA) will convene their 3rd National Championship in Port Elizabeth at the Boardwalk Hotel’s Tsitsikamma Room on Saturday 5 May. The Championship will see over 250 competitors of all ages and levels competing in various individual and team categories.

The UWKSA Championship promises to produce karate-do of an exceptionally high standard, with a number of extremely competitive red to black belt categories. Competitors at this year’s national championship will also be vying for a place on the team which will represent UWKSA at the UWK World Championship in 2019. In addition to this, the Championship will also provide an excellent preliminary event for a number of local competitors, including Singata (Rhodes University), Kayle Olivier (VG), Thembi Kuhlane (VG) and Luke Claassens (Kingswood) who will be travelling to Dundee, Scotland in June for the WUKF World Championship.

The venue doors will open to the public at 07:15 with the first categories commencing at 08:30. The entry fee for spectators is R50 for adults and R30 for children and scholars.

The Championship venue will comprise six competition arenas with comfortable ring-side seating for spectators and air-conditioning. In addition, the championship experience will provide the opportunity for participants, officials, families and supporters of karate to enjoy an unforgettable time at the Boardwalk Hotel as well as enjoy the many attractions which the Boardwalk Entertainment Complex has to offer.