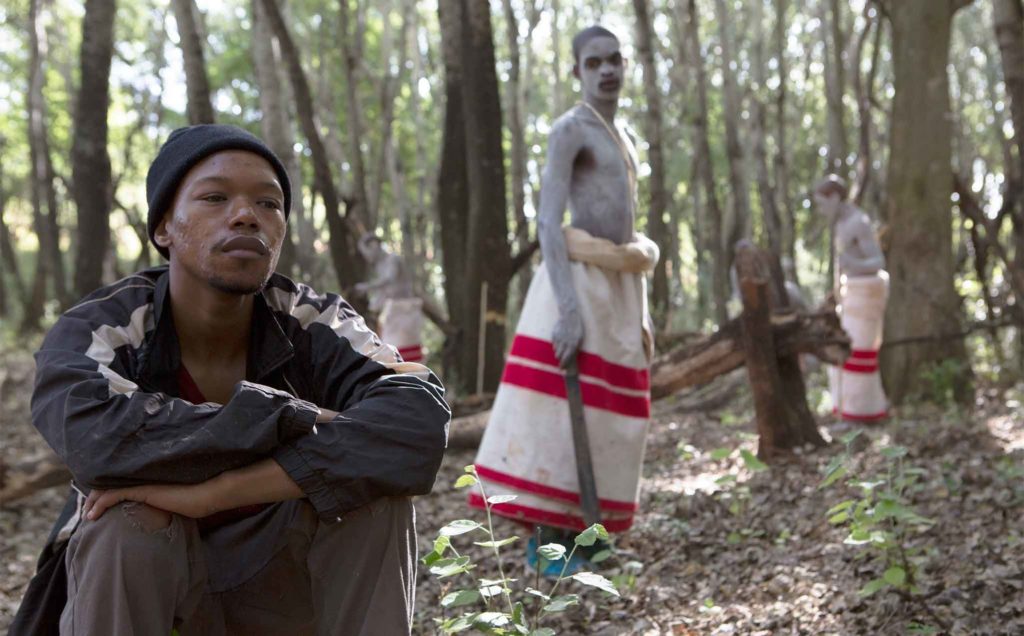 I am a heterosexual Coloured woman writing about the story of a homosexual, traditional Xhosa man experiencing the initiation process, Inxeba, The Wound. Already this film is one step ahead of me as it is written and performed by Xhosa men of amaXhosa. And this is the importance of representation: people taking ownership of it and their narrative.

I could state that Inxeba, The Wound, has already received 28 awards locally and nationally combined. I could even outline the series of events that took place after the release of the movie. This including that the movie was released on 14 September 2017. After its release, two cinemas in the Eastern Cape cancelled the screening of the show, after pressure from traditional leaders and social media users.

The film is based on a young man going to the Eastern Cape for the initiation ceremony. I can even mention that it is the first ever all-Black, all male, LGBTQIA+ film from Africa to compete for the Foreign Language Oscar award. I could inform you that the Man and Boy Foundation as well as the Congress of Traditional Leaders of South Africa (Contralesa) organised protests against the release of the film in cinemas. They even took their case to the Commission for the Promotion and Protection of the Rights of Cultural, Religious and Linguistic Communities (CRL Rights Commission). The organisations were protesting against “the misrepresentation of the practice of initiation”.

But this is not as straightforward as it seems, because people experience the practice of initiation differently and as a result would represent it differently.

The co-writer of the film, Malusi Bengu, in an interview with eNCA, stated that the film does not divulge the actual initiation process or uncover Xhosa cultural practices. He states that it rather gives an overview of what occurs so as to contextualise the film for people who are unaware of these practices. Bengu adds that we need to be cognisant of the fact that the Xhosa initiation process has ‘turned into a hostile environment’. This practice has been reported on in the media several times after initiates passed away from malpractices within the process and he believes this had led to its hostility.

It is important to note that Nelson Mandela in his autobiography, Long Walk to Freedom, wrote about the Xhosa initiation practice in depth. And upon reading this book several years ago, I recall being shocked that he went into the detail of the process.

My shock stemmed from my knowledge that it was frowned upon for Xhosa men to speak about their experience in the initiation process.

But then I wondered why the traditional leaders did not march to have Mandela’s books removed from shelves in book stores. Perhaps there were no marches after Mandela wrote it because he did not misrepresent the practice of initiation.

But did he not tarnish the secrecy of the practice by writing of it and publicising it? Organisations against the movie even wanted it to be dubbed as pornographic and ensured that the age limit of the movie was 18-plus. The producers of the film and The Film and Publication Board’s Appeals Tribunal took this matter to the high court, as they were adamant that the movie did not contain pornographic material.

The film was uploaded on to YouTube several times and removed. After the court dropped the X rating, the film has been screened in cinemas under the 18 SNL rating, as it is still under review. But it is important to note that the film does contain sexual scenes in it. For those who were and are unable to watch the film in cinemas, it has also been reloaded on to YouTube. The final (hopefully) ruling will take place on this week, 28 March 2018. Many believe that the uproar about the film is largely based on the toxicity of the hegemonic hypermasculine society we live in; others were adamant that the release of the film was an injustice to the sanctity of the Xhosa initiation process. But what is crucial is that the film was written by two Xhosa writers, Thando Mgqolozana and Malusi Bengu. The cast itself consists of mainly Xhosa actors who have themselves been part of the initiation process and who contributed to both the scriptwriting as well as the construction of the film. The narrative created by the movie is that of taking ownership of one’s representation. It combines both the cultural and the sexual identification of the Xhosa man and how said man is able or in this case, unable to grapple with the intricacies of both.

I have never asked them about this initiation process and never will because of how sacrosanct it is. Yet, after watching this film, I felt a sense of betrayal to my Xhosa friends as well as to the culture itself. This betrayal stems from me now knowing something I should not have known. One cannot deny that the film does give insight into the initiation process, whether the depiction of it is true or not. It cannot be ignored that for anyone who knows nothing about the process, after having watched the film, will definitely
know more about it. One of the lead actors, Vija, wears a cross around his neck throughout the film. I found this to be telling: he is homosexual, yet he wears this Christian symbol around his neck. I believe that it is intentional. There have been several discourses that one cannot believe in God and be homosexual yet Vija is both a homosexual and a believer. It also speaks to another discourse which is that of one not believing in tradition and God, yet Vija embodies both a traditional man and a Christian. I find it powerful that something as a small as a cross on a necklace can symbolise the above.
The film focuses on hiding one’s sexuality on the basis of not wanting to be perceived differently.

This film speaks to the importance of being able to control one’s narrative and representation. It encompasses that cross-reference between culture and sexuality. It gives insight into an initiation process I do not believe I should be aware of.

But what do I know? I’m just a Coloured heterosexual woman writing about the complexities of an Xhosa homosexual man within his traditional custom of the initiation process and how he chose to represent it.