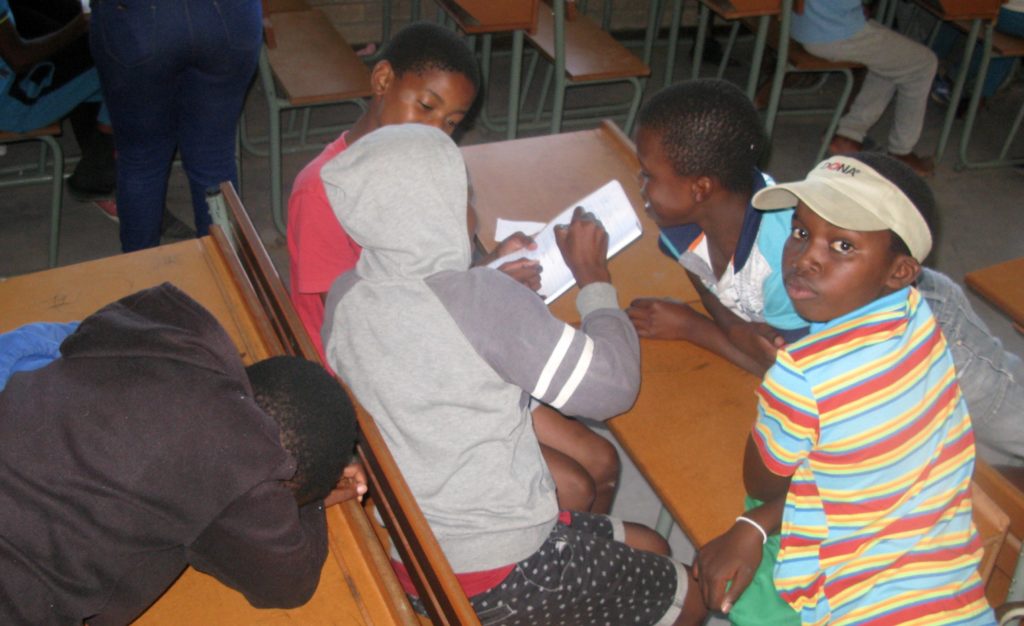 Learners at Sophia Young Stars classes working together to find the solution to a question. Photo: Xolisa Jodwana

Sophia Young Stars started extra classes with Rhodes University students12 March, to build a balance between schoolwork and football. These classes will increase the weekly schedule from one class each week, to three per week, at Ntsika Secondary School in Extension 7.

Sophia Young Stars’ Chairperson, Lindisipho Swartbooi, went to Rhodes University for help, after he noticed that players were performing well on the field, but struggling in school. He felt that there was something he could do about this problem. Swartbooi found help through the Community Engagement office at Rhodes.

Rhodes Community Engagement officials have worked with Sophia Young Stars for more than five years now. In that time, the classes took place on a Friday for pupils between 11 and 17 years old. This year, however, the number of pupils involved has grown and consequently, Rhodes felt would be better to increase the number of classes as well, to help the different age groups in a more focused way.

Sophia Young Stars are very excited about these classes, and look forward to balancing their work and their sport. Young boys are coming in numbers and Swartbooi is very happy to see this initiative grow. He says it will be a long year, but believes the club will achieve more in the future.