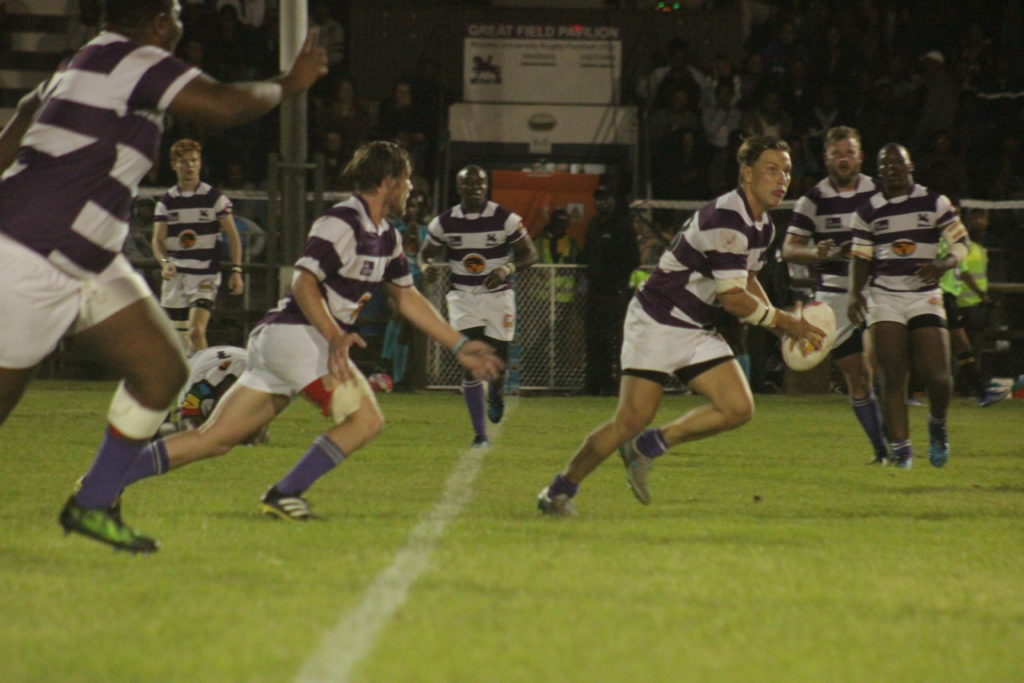 Rhodes University hosted the University of KwaZulu-Natal in a Varsity Shield Rugby match on 5 March and fell to a heavy 48-0 defeat.

UKZN started the match well and showed great energy, with flanker Sphephelo Mabuza getting his first try in less than two minutes. Sphelele Buthelezi successfully secured the conversion to give the visitors an 8-0 lead.

The Rhodents attacked with energy but UKZN showed their dominance again, with left wing Thobekani Buthelezi running through four Rhodes defenders and landing  behind the try-line. Another Sphelele Buthelezi  conversion kick made the score 16-0.

Rhodes played exceptionally well after the water-break, working together and attempting to avoid a whitewash. Then their inside centre, Nicholas Butler lost the ball on the 22, giving UKZN Sphelele Buthelezi a chance to grab it and sprint for the try line. The half-time score was 24-0.

The KZN boys were again all over Rhodes after the break with Byron Booysen, Thamsanqa Shabangu  and  winger Thobekani Buthelezi showing no mercy with three tries, all converted by Sphelele Buthelezi, taking the score to 48-0. The home fans’ hope for at least one try never materialised.

Rhodes will now get a bye in round five with their next match on 15 March away to CPUT in the Western Cape.  Rhodes’ last home match of the season will be four days later, when the Stallions host the University of the Western Cape (UWC). They will be looking to pull out at least one win in the remaining encounters, but it will probably not happen.