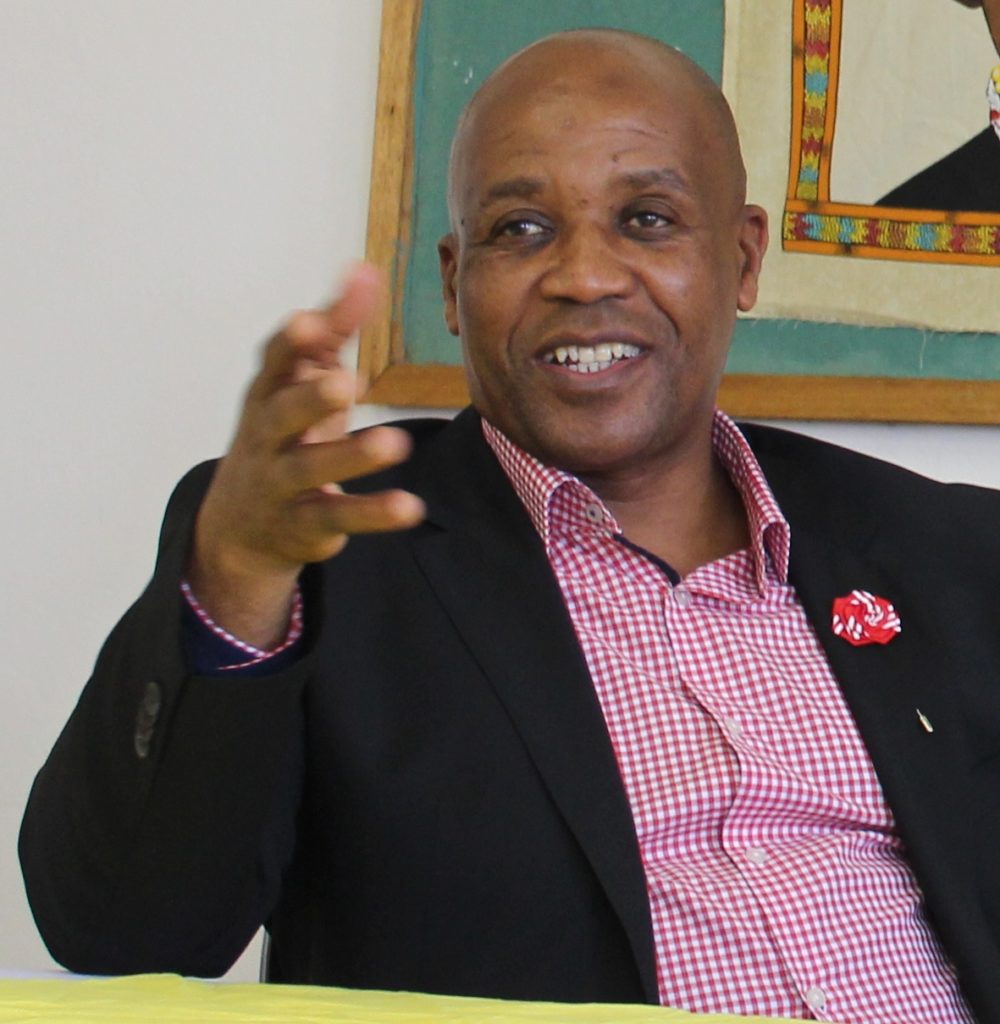 Premier Phumulo Masualle’s State of the Province address was lacking in vision and failed to align itself to the priorities identified in the State of the Nation address earlier in the week – including issues that are crucial for Makana and other local municipalities.

This was the view of Local Government Researcher at public service monitor PSAM, Lungile Penxa, on his return from the day-long event in the Eastern Cape Legislature on Friday.

More seriously Penxa said, the strategy outline for the Province in the next year presented no plan for dealing with drought and listeriosis – potentially the two biggest threats to safety and well-being in the Province.

“An intention to use media to teach the public about listeriosis is a good idea – but it is not a plan,” Penxa said.

Likewise, a paragraph noting the impact of climate change and an expression of appreciation for national government’s attention to the drought was inadequate.

“We need to see a sustainable plan to address drought,” Penxa said. “It’s not enough to just state what the budget for drought mitigation is.”

That both SONA and SOPA were silent human settlements – particularly the policy of upgrading informal settlements rather than building new houses – was probably a result of the fact that the area is not a direct contributor to growth.

Opportunities for youth in the province include the extended public works programme, agriculture, agro-processing and maritime industries; however, with SONA having identified youth as being at the centre of development, the Provincial address should have made it clearer.

“The economy in the Eastern Cape is highly reliant on the automotive industry,” Penxa said. “That should have been aligned with SONA’s drive to integrate youth and small businesses into the economy.

The Extended Public Works Programme was not a contributor to long-term economic growth, or even individuals’ ability to be economically active in a sustained way.

Support for local government led by the Department of Co-operative Governance and Traditional Affairs along with Provincial Treasury and the Offfice of the Premier through an Ideal Municipality Model are among the measures put forward to improve governance.

“But they don’t tell us what that means and how it looks,” Penxa said. “Masualle says there will be consultation with the government about how to support unviable municipalities – but it’s a bit late to start consulting national government about this now.”

Furthermore, the report said the Province and Cogta would continue to provide amalgamated support to amalgamated municipalities – “but what about the others?”

Masiphatisane – the province’s integrated service delivery model with war rooms as a means to integrate multi-sectoral partnerships – was politically hijacked, Penxa said. While 510 had been established, there was no report on how the policy driven initiative had gone and what it had achieved.

“It also wasn’t clear how the Premier would ensure it would function going forward,” he said. “For example, it’s not clear whether Masiphatisane will replace the ward system.”

In general, there was very little on local government: a problem given this is the coalface of governance and service delivery.

Positive moves in education were that there is good progress in training early childhood development practitioners, plus providing support. Also positive was the support being provided to principals in schools, boosting school leadership.

“Education infrastructure is always an issue, but the biggest threat is scholar transport: there’s no support for it, and no sustainable solution.”

While SONA emphasised community policing as an instrument for safer societies, Masualle said nothing about this and instead focused on the Province’s anti-gang strategy.

ANC Provincial Chairperson Oscar Mabyane was recently sworn in as a member of the provincial legislature.

That the person presenting this year’s State of the Province address may not be the person who carries through policy was evident.

“Under those circumstances it’s difficult to be creative and innovative,” Penxa said. “At least with SONA it was possible for it to be meaningful, because the person taking over was the person presenting it.

“On a social level it was vibey and everything you’d expect an occasion of that importance to be. But on the business of the day – what we went there for – it was disappointing.”

READ MORE ABOUT SONA, SOPA AND THE BUDGET BELOW:

Previous ArticleSPORTS HERO OF THE WEEK: Francois van Rooyen
Next Article Off-shore investment is back