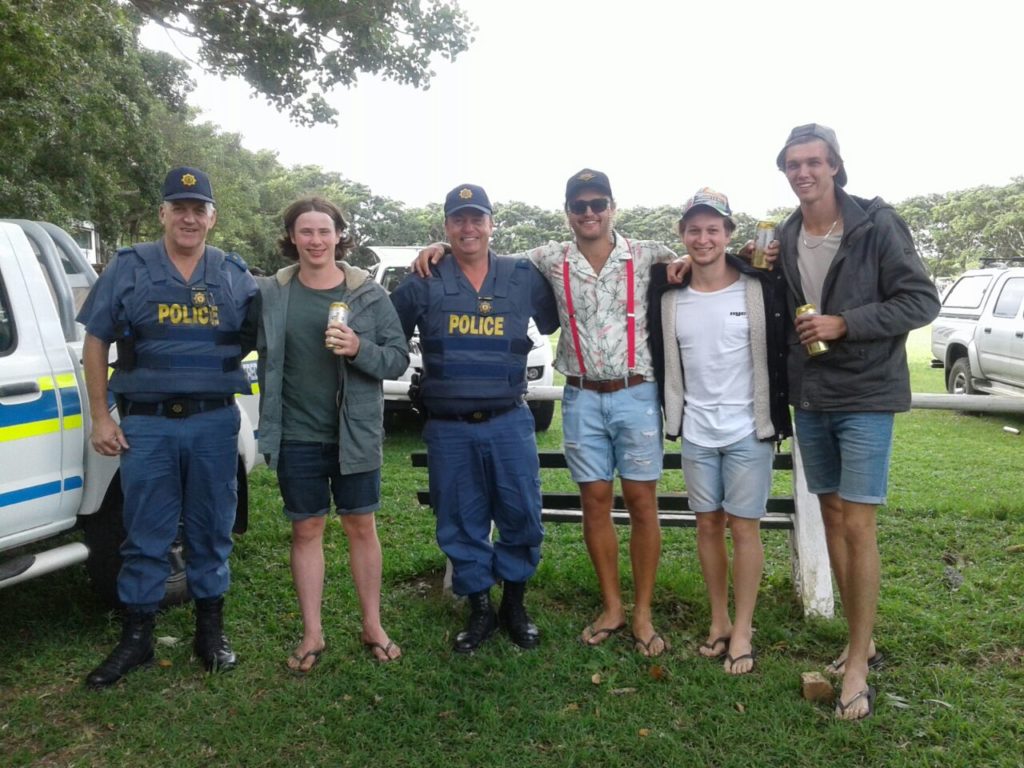 Four men in their 20s were arrested in what Port Alfred police have hailed as a breakthrough following a spate of housebreaking at Kenton-on-Sea, and following the first drunk driving arrest of the year, a senior police officer has urged the public to ensure they only travel with a driver who is sober.

Police spokesperson Captain Mali Govender said that following several incidents of house break-ins in the Riversbend area at Kenton on Sea, local detectives, members of the Port Alfred K9, together with security officers from a local security company and community members had made a significant breakthrough yesterday and arrested four suspects in their twenties.

Property to the value of R 54 000 had been recovered and handed to the owner, Govender said.

“One of the suspects has also been positively linked to several other housebreaking cases which took place during the year.”

Meanwhile, on Saturday afternoon, a farm security manager, noticed a man carrying a black travel case and grey kit bag which appeared to be full.

Govender said he approached the man and discovered a Sony LG DVD player, along with tools and DVDs.

“SAPS members were summoned to assist and it was established that a farmhouse had been broken into,” Govender said. “All the property was handed back to the ecstatic owner.”

All the suspects will appear on Tuesday 2 January at Alexandria and Port Alfred Magistrate’s Courts respectively on housebreaking charges.

“While on patrol, a vehicle overtook him on a barrier line on Bank Lane,” said Captain Mali Govender. “He immediately chased the Golf, which had three other occupants, and managed to stop the driver on Main Street.

“On interviewing the driver, he noticed he was inebriated.”

The 26-year-old man faces the following charges: drunk driving, reckless and negligent driving and driving without a valid driver’s licence and will appear in the Port Alfred Magistrate’s Court early this week.

Brigadier Govender said, “Drunk driving will not be tolerated. I urge the community to get a sober driver to transport you if you have indulged in alcohol.”