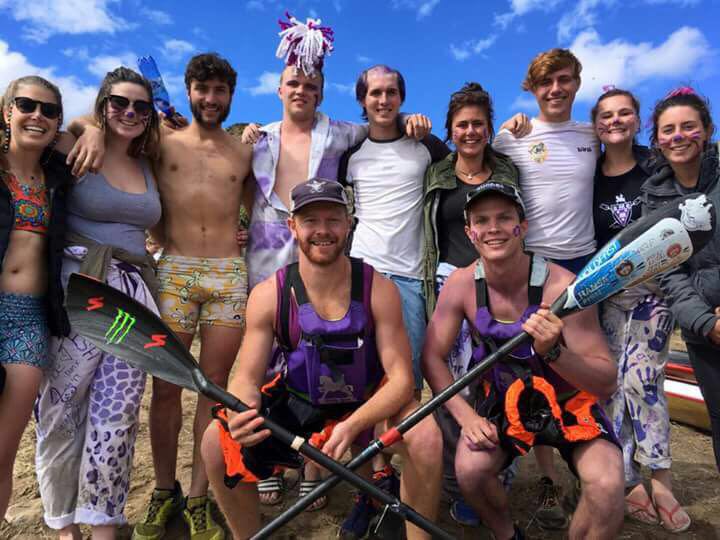 Rhodes University proved to be worthy competitors in this year’s K2 event, finishing on the podium in third, just behind the University of Cape Town. Rhodes students also picked up a few individual accolades. Sean Herd-Hoare and Patrick Dillon were 36th overall and received a silver medal. Jessica Shuttleworth completed her first Fish as a K1 competitor in the short course division, this proving to be a growth point for the clubs’ competitive status.

The rigorous 81.8km race tested each team’s endurance and dynamic, with the first leg being a 45.8km paddle down the swift-moving waters of The Great Fish River, followed on Day 2, by 36km stretch that ended at the Sports Complex in Cradock. Herd-Hoare  described the experience of being in the race waters as incredible, adding that the nature of this year’s Fish being a K2 event increased the competitive spirit, as more skillful teams took part.

The intensive training leading up to the race was extensive as this was the RU club’s main event. The paddlers took to local and distant training facilities in order to develop their team dynamic and endurance. Herd-Hoare described the preparation for the race as gruelling, often having to make regular trips to Settlers Dam to train and weekend canoeing trips to Cradock to give their novices river proficiency. Regular training sessions were conducted four-five times a week throughout the season, with the intensity increasing as race day drew nearer.

The atmosphere created by the spectators and fellow competitors made for a memorable experience, with  Herd-Hoare being chuffed at the sight of many Rhodes University supporters, especially at the final stage of the race at The Cradock Weir, as the biggest it has been for the university in many years.

This year’s Fish River Canoe Marathon was one of great success due to all the support shown by the canoeing community. The Rhodes University Canoe Club (RUCC) was content with their results and for all 15 members completing the race without any broken boats or bones. Club members said they are ready to set new heights for 2018.