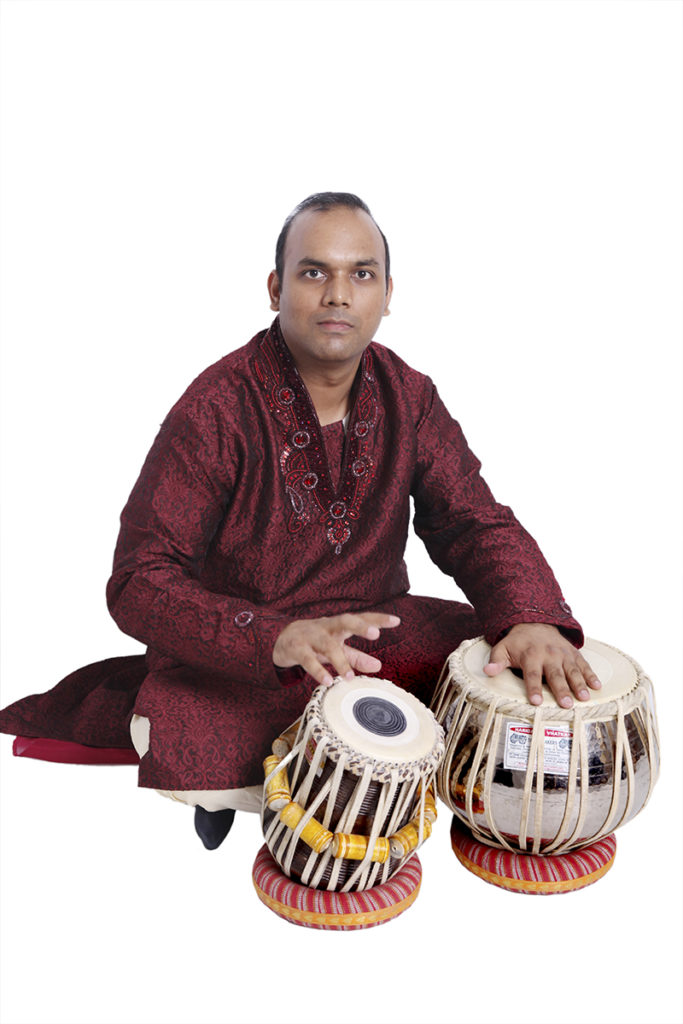 Dancer Manesh Maharaj will perform what has been described as a “high-octane 75-minute exposition of kathak” – a dance form that features very intricate footwork and highly expressive facial and hand gestures as a form of storytelling.

The solo work Tridhara, which is currently on a national tour, will be accompanied on tabla by Revash Dookhi and mridangam by Moganathan Chetty

The inclusion of the mridangam, a primary rhythmic accompaniment in Carnatic music from the South of India joins the tabla and kathak from the North.

“Communicating through the universal language of music forms the core of this innovative offering layered with the challenging quest to extract Rasa – the essence of emotive states through percussive sounds while restraining the use of melody,” Narotam said.

Tridhara is a celebration of Shastriya Sangeet (Indian classical music and dance) as a transcendental language connecting three artists from different backgrounds through spirit and their love of music. After a successful run in Durban and Johannesburg, Tridhara makes its way to Port Elizabeth before heading to Cape Town. The performance forms part of Diwali celebrations, as well as 30 years of existence for the Port Elizabeth-based Nirvana Performing Arts Circle. Additional sponsors include Consul General Office, Durban and National Arts Council.
The show will be staged at the KGM Hall, Mountview Drive, Malabar on Saturday 28 October 2017 starting at 6pm, with tickets at R60. For more information and ticket bookings contact Aarti Narotam at 082 515 5051
aartinarotam@yahoo.com.